The Studio Audio CB-1 headphones are a rare beast. They offer higher sound quality than many of their rivals do, yet boast a lower price point. They’re versatile, exceptionally comfortable, and they look great, so if you need premium headphones at a reasonable price, the CB-1s would be an excellent choice.

Today, we’ll be looking at one such product, the Status Audio CB-1. We’ll be examining these headphones closely for any strengths or weaknesses they might have, and ultimately, deciding if they’re worth your time or not. Let’s jump right in! 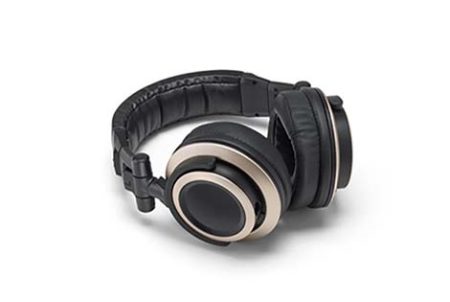 The first thing you’ll notice about Status Audio’s CB-1 is their appearance: these definitely don’t look like a mid-budget pair of headphones. As you might expect, the frame is mostly made from plastic, but the copper contrast on the earcups works well with the black headband and really lends the CB-1 an air of sophistication not often seen in similarly-priced models.

The headband and cups are covered with breathable, padded faux leather material. They certainly seem like they’d be comfortable to wear but we’ll get to that later. Studio Audio have clearly designed the CB-1s to appeal to those looking to own professional-quality headphones, but who don’t want to spend hundreds of dollars on them.  So how do they hold up in the studio? 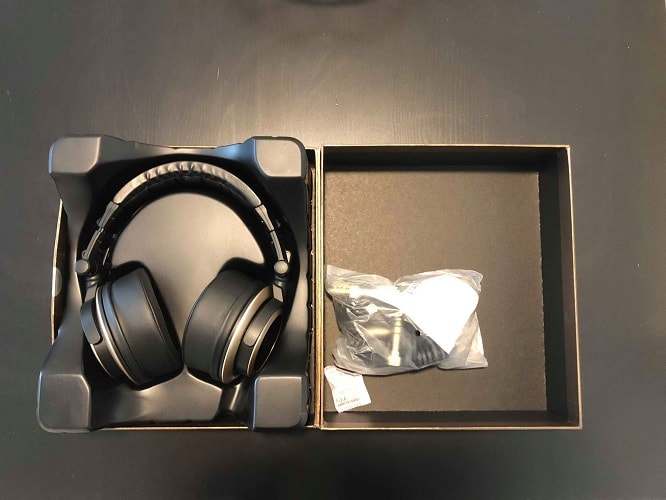 You might not expect it, but the CB-1s are great all-rounders. They boast a nice, wide soundstage, and you can clearly distinguish the artist’s voice from the instrumentals in the vast majority of music you’ll listen to.

These headphones are particularly strong in the highs and lows, with deep, impactful bass and crystal clear treble. However, it’s a little weaker in the mid-range, especially in songs which use a lot of distortion effects. With a frequency response of 15Hz – 30kHz, these offer a slightly wider range than most other mid-range headphones, which is never a bad thing.

The CB-1s have an excellent sense of presence. For instance, when listening to live tracks, you can hear the crowd all around, and simply, it’s as close as you can get to actually attending the show yourself.

Realistically, the biggest issue with the Studio Audio CB-1s is that they aren’t noise-canceling. Don’t get us wrong – they reduce environmental noise by a fair bit, and noise-canceling tech would have driven the price up, but still, if you’re hoping to use these professionally, you’ll need an extremely quiet studio.

No problems here – the CB-1s are about as comfortable as over-ear headphones come. Since the cups are more padded than you usually see, there’s a good deal less pressure. You can also adjust the width of the headband in case they’re too tight. Together, these features result in a fit that remains comfortable even after several hours of usage.

It’s also important to note that these headphones are exceptionally lightweight, at just 8 ounces. Usually, you’ll find that the fancier the headphone, the more it weighs, but heavy models increase the risk of neck strain and fatigue. Simply, you could wear CB-1s all day without any repercussions or negative effects.

The inclusion of a coiled aux cord was fantastic. Be honest – who of us hasn’t accidentally pulled a phone or laptop off the table when headphones are plugged in? This is an easy way to prevent this from happening and frankly, we’re surprised more companies don’t provide coiled cables as standard. 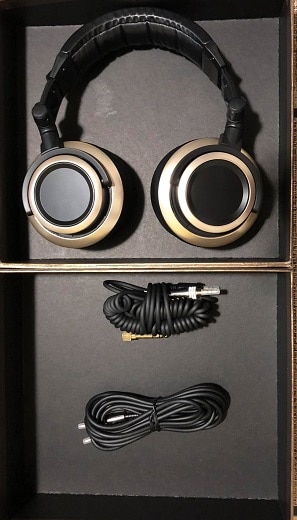 These headphones exist in something of a middle ground between casual and professional use. They come packaged with a standard 3mm aux cable, a coiled one, and a ¼” adapter in case you’d like to hook them up to something a bit bigger, but we’re unsure that they’d live up to actual studio work. However, for the price, this is to be expected.

How many times have you turned around in your chair and ripped your headphones out of your device? The CB-1s have a cord lock mechanism just below the left earcup that allows you to prevent this from happening – it’s a small addition, but one we’d like to see in more mid-budget headphones moving forward.

We’re also big fans of foldable headphones, particularly when they’re over-ears. This removes the need to carry a special case around and helps ensure they’re not bent or otherwise damaged during travel. On that note, the included aux cords both have a straight connector, which is prone to damage, so you may want to replace this with an L-shaped one instead. 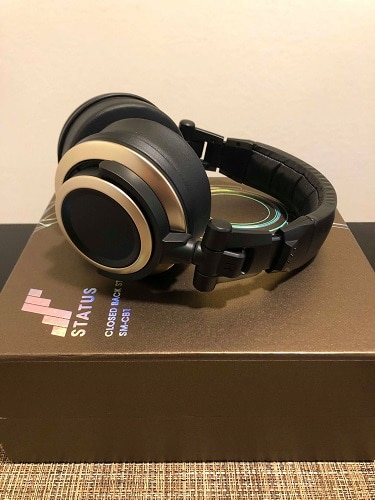 So how much do you think these headphones cost? Well, it might be less than you imagined; the Studio Audio CB-1s headphones are currently priced at exactly $69. Considering the market is flooded with no-name, terrible headphones with similar prices, the CB-1s are a no-brainer.

You’ll also be pleased to hear that these headphones include a 30-day guarantee. This means you can test them out for almost a month. If for whatever reason, you’re not satisfied, Studio Audio will pay for return shipping and give you a full refund.

There’s even a one-year warranty in case you decide to keep them. Get this: even if you damage the product, Studio Audio might still give you partial credit towards a replacement. Of course, after one year, the odds of this happening go down, however.