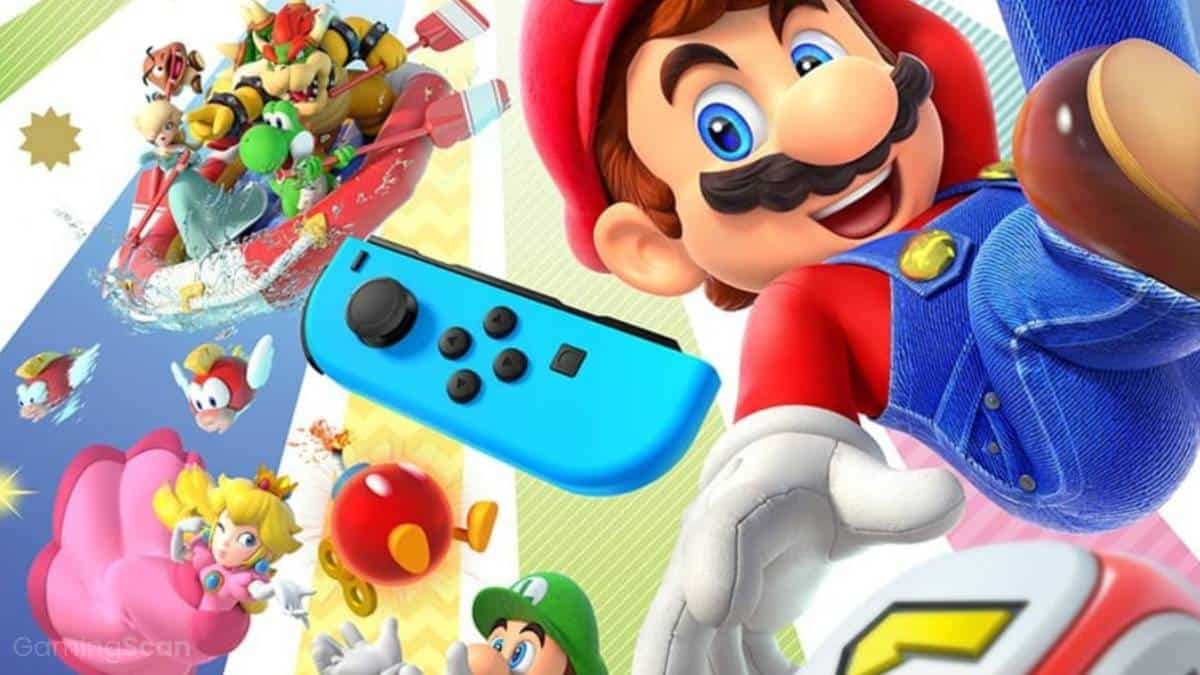 For decades now, Mario Party has remained the go-to party game for gatherings with friends and family.

The series has been around since the late 1990s, and Nintendo continues to keep the franchise fresh.

This includes new mini-games, board themes, game mechanics, and playable characters with each iteration. Their most recent entry, Super Mario Party, was released for the Nintendo Switch in 2018.

To celebrate the series’ legacy of destroyed friendships and addictive mini-games, we’re highlighting the best games like Mario Party to check out next time you’re at a social function.

Make sure to check back as we will be updating this list with new games. Also, while you’re here, consider reading through our other curated lists:

Pummel Party is a lot like Mario Party but on steroids. The game is also much darker than Nintendo’s party series, depicting blood, gore and violence, thanks to a variety of crazy in-game items. Designed for local and online multiplayer, the game sees you and your friends exploring a range of game boards with unique hazards and surprises.

Along the way, you’ll find deadly weapons, traps and power-ups that can be extremely useful for blowing away the competition. When you’re not attacking your friends on the game board, you’re facing off in chaotic mini-games partially inspired by the likes of Mario Party, along with some new concepts.

For those pressed for time, Pummel Party includes a mini-game mode that skips all the tedious board game sections and lets you jump straight into the action.

The Jackbox Party Pack games have quietly become a staple for social gatherings, partially because they don’t require any extra peripherals and can be played entirely on smartphones.

This makes them a great Mario Party substitute if you ever find yourself in a group larger than four, the limit for most local multiplayer games. Each Party Pack includes five different bite-sized games designed to be replayed over and over again.

However, our favorite collection happens to be Jackbox Party Pack 4, which bundles together some of the best games in the series such as ‘Survive the Internet,’ in which players try to twist each other’s words to make ridiculous pairings. There’s also ‘Civic Doodle,’ in which two players draw the same piece of art in real time while everyone else judges their creations.

Marooners is an excellent Mario Party substitute for anyone who doesn’t own a Nintendo console.

The game makes the smart decision to forgo all of the turn-based monotony that comes with rolling dice and watching your avatar move across a game board. Instead, you and your party are subjected to an onslaught of mini-game mayhem with little to no breaks in between.

After selecting your avatars, you and up to six players are dropped down onto one of 25 possible starting arena maps where you’ll have to compete in a random mini-game while also collecting treasure. At the end of each round, the game pulls the old switcheroo and transports you to another arena with a new mini-game.

Marooners also features an assortment of 60+ ridiculous weapons to unlock and use against your opponents as well as the ability to turn into a ghost upon death and haunt your friends.

Party Panic is about as crazy as party games come, offering a wide selection of 30+ action-packed mini-games that will put you and your friends’ platforming skills through the wringer.

Inspired by Mario Party, the game sees up to four players competing across a variety of modes, including a more traditional Board Game mode in addition to the Gauntlet, in which players race to complete a series of challenging physics-based mini-games in quick succession.

One moment you might be competing to collect the most gems, another moment chasing after exploding chickens. It’s a truly unpredictable party game that’s sure to have you and your friends on the edge of your seat screaming by the end of each round.

The more you play, the more XP you earn, allowing you to unlock in-game loot boxes containing new costumes you can show off on your character.

Headsnatchers is a vibrant-looking indie game that sees up to four players competing in explosive brawls where the goal is to physically snatch the other players’ heads and use them to score points across 25 mini-game maps.

Each map is based on a unique theme ranging from a basketball court to a medieval castle, and it introduces new regulations, obstacles and traps. Players can customize their character’s heads with over 100 different styles, making it feel that much more personal when your friend or family member decapitates you.

Although it’s mostly just a test demo designed to show off the Switch’s new features, 1-2 Switch is still a satisfying party game that’s sure to appeal to more casual players. Just like 2018’s Super Mario Party, many of the mini-games in 1-2 Switch were designed around the Switch Joy-Con’s new ‘HD rumble’ feature, better known as haptic feedback.

This results in more abstract mini-games that rely on intuition and physical movement, which may be a deal-breaker for some. There’s also the issue of limited multiplayer, since only two Joy-Con can be used at a time. Still, it’s an enjoyable experience that can keep partygoers moving while also entertained.

Mario Party is all about competition and seeing how much you can annoy the other players without risking having a controller flung at your head.

So why not channel that energy into another Nintendo game where their mascot characters duke it out for real. Smash Ultimate is great for any occasion, considering how easy it is to adjust the level of challenge based on who’s playing.

You could have a go at chaotic 4-player battles with environmental hazards turned on and an abundance of game-breaking items and power-ups, or play a more serious game of 1v1 on Final Destination.

With a roster of 75 characters, a medley of stages and music pulled from so many different video game properties it’s hard to even keep track, Smash Ultimate is a colossal fighting game with something to offer for every Nintendo fan.

If you’re looking for a party game with plenty of minute-to-minute action and friendship ruining potential, Move or Die may be the right game for you. Built for local and online multiplayer, the game sees your group facing off in brutal platforming mini-games whose rules and mechanics change every 20 seconds.

There’s a surprising amount of mini-games, and the developer has continued to add more since the game’s 2016 release. This includes mini-games with straightforward rules like ‘Bomb Tag,’ as well as more challenging concepts like ‘Color Craze,’ in which players race to convert as many tiles as possible to their assigned color before the clock runs out.

Stikbold! looks like it could have easily been a dodgeball mini-game included in any Mario Party game. In it, up to four players battle in fast-paced dodgeball matches set in a variety of questionable locations to host a game of dodgeball, such as a busy intersection, a stormy oil rig, a shark-infested beach or the inside of a fiery volcano.

Each map presents new game mechanics as well as dangers and traps designed to frustrate players. The game gives you the option to dive deep into your friendly rivalries and break off into teams or just play free-for-all and watch the chaos unfold. It’s all reminiscent of classic arcade sports games where the goal was to just have fun.

Alternatively, Overcooked 2 is a more modern take on cooking games that sets out to raise the stakes at every turn.

In it, up to four players are responsible for managing an assembly line of cooking tasks in the hopes of getting as many plates out the door before time runs out. Each map is filled with multiple stations designated for different tasks like chopping, frying, boiling and plating, increasing in difficulty as more orders come in.

If that wasn’t enough, the sequel also adds the ability to throw ingredients at your fellow chefs from far away, giving you the perfect outlet for voicing your frustrations. If you’re looking for a fast-paced game that will have you and your friends arguing as much as during the bonus star portion of Mario Party, this is the game for you.

Inspired by the golden age of internet stick figure games, Stick Fight is a 2D arena fighter that’s sure to have you and your friends in stitches as you engage in fisticuffs on deadly maps littered with weapons and physics-based traps. Because of this, death is not only swift but practically certain if you don’t take out your opponents first.

You can blast enemies away with a laser gun, shoot a paralyzing snake at their neck, or simply hold on long enough to be the last stick standing. The game supports both online and local multiplayer for up to four players and includes over 100 unique levels along with an exhaustive amount of community-made stages via Steam Workshop.

While you won’t find any mustache-wearing plumbers in Save Your Nuts, the game includes an abundance of adorable woodland creatures for you to play as, while competing in a mini-game tournament organized by squirrels. Some highlights include playable raccoons, beavers, dogs and the occasional armadillo.

The game leans heavily into its physics-based gameplay, offering an array of mini-games that see you attempting to collect as many nuts as you can before a timer reaches zero. Sometimes these nuts are on a grassy field, other times an icy lake, and in some rare cases attached to a rocket.

While it can feel rough in a couple of areas, Save Your Nuts has the highest multiplayer cap on this list, supporting up to 8 players on a single screen.

Similar to Overcooked 2, Moving Out takes a standard concept, moving furniture, and uses it as the starting point for chaotic multiplayer action.

Categorized as a physics-based moving sim, the game sees you and up to four pals training to become Furniture Arrangement Relocation Technicians (F.A.R.T.s), highly unskilled movers with a knack for haphazardly transporting furniture.

In addition to cumbersome controls, Moving Out tasks you with traversing tricky levels as you move couches across a factory assembly line, a moving airplane and galactic meteors. Its heavily co-op focused gameplay means you can expect to share plenty of laughs and quarrels with your buddies from start to finish. 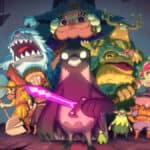