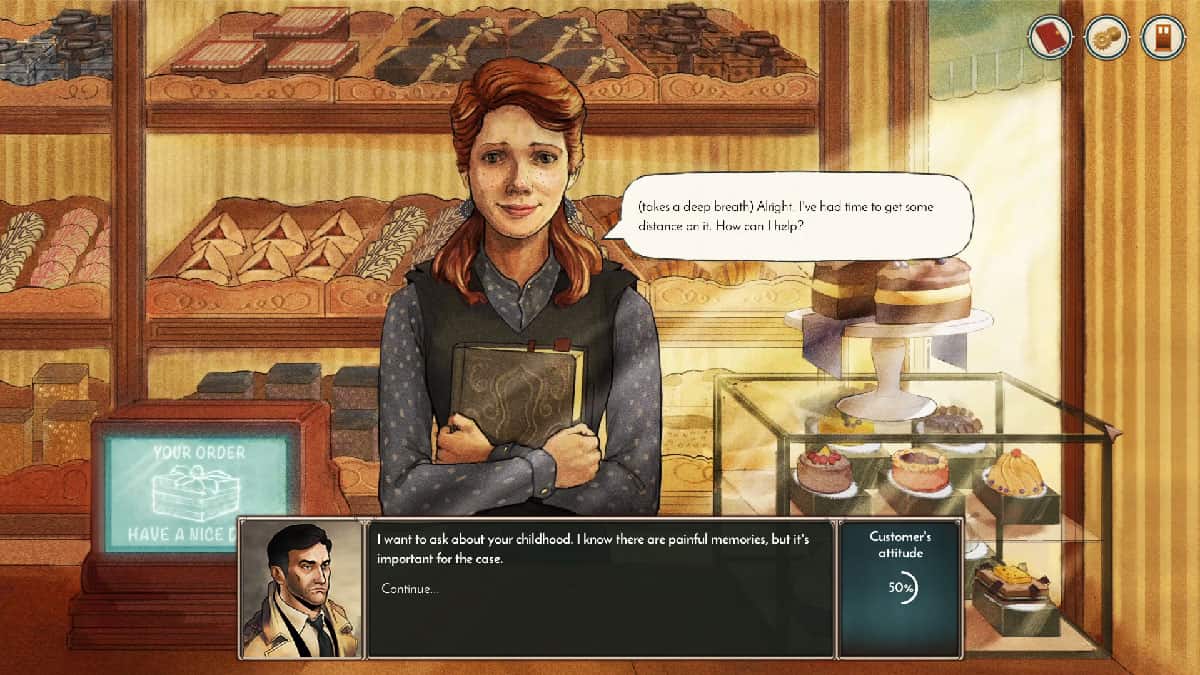 Managing a shop where you find, price, and sell wares to happy customers makes for an exciting premise for a video game, especially when you throw combat, puzzle-solving, or exploration into the mix.

So imagine our surprise when we discovered how hard it is to weed out the good shopkeeper games from the bad ones and get an accurate picture of what the genre truly has to offer.

In this list, we will highlight the best shopkeeper games to play in 2022, including the best trading sims, best management sims, and other genre-bending titles that have a shopkeeping component.

We’ll be updating this list in the future with new titles, so make sure to check back and let us know if we missed any of your favorite shopkeeper games!

Gas Station Simulator is an ambitious shopkeeping game that sees you running your own servicing location in the middle of the desert.

The game goes beyond just pumping gas, with players assigned other titles such as cashier, vehicle repairman, janitor, and more.

Over time, you’ll be able to upgrade and expand your gas station to offer new services and even hire your own employees to help out.

It’s a great game for anyone who likes customizing shops, helping customers and becoming fully immersed in running a business.

Next up is Coffee Noir, a 2D business management sim about the coffee business that sees you managing a team, handling production, and investing in promoting it.

Armed with limited resources, you’ll have to carefully negotiate to win good deals and gain your partners’ trust while also solving a criminal mystery.

The game prides itself on drawing inspiration from classic American comic books and isn’t afraid to show its admiration for noir detective stories and retro aesthetics.

Additionally, it was developed with support from actual economists and academics, resulting in a more thorough and accurate business simulation experience.

Potion Craft is an alchemist simulator with sandbox-style gameplay that sees you running your own medieval potion shop however you see fit.

In it, you’ll receive visits from local townsfolk in need of various potions and brews to cure whatever’s ailing them.

To best serve them, you’ll have to experiment with a myriad of herbs, spices, and other materials and discover new concoctions with special properties.

The game gives you the ability to grow your own garden, manually mix ingredients yourself through a mini-game, and roleplay as a business-savvy alchemist.

If alchemy seems a bit too involved, why not try your hand at running a pawn shop in a dystopian future civilization.

In No Umbrellas Allowed, you take on the role of a mysterious traveler who ends up becoming the manager of a second-hand shop in a strange city.

Your job is to buy items from secretive customers for cheap and sell them high enough to make a profit.

To do so, you’ll have to observe and analyze patrons’ behavior for hidden clues that will tip you off to items’ true value as well as assess the item itself.

Tavern Master is a shopkeeping game about managing your own medieval tavern and turning it into a cozy hotspot for travelers and locals.

Players are tasked with buying tables, benches, and other supplies for the bar while also filling barrels with drinks, hiring staff, and serving customers.

As the business expands, you’ll have to make sure employees and patrons remain happy while investing in new areas such as serving food, hosting special events, and more.

In turn, the game provides you with many tools to aid you in creating the perfect tavern, including a wide selection of decorations, furniture, and building materials.

Moonlighter is a 2D roguelite in which you play as a small-town shopkeeper with big dreams of going on legendary adventures.

During the day, you tend to the business, pricing and selling wares while looking out for thieves, taking care of paying customers and purchasing upgrades to improve the shop’s appearance.

At night, the game switches to a dungeon crawler as you delve deeper and deeper into a network of caves filled with treasure, monsters, and, most importantly, potential items for your shop.

The further you explore, the better loot you’ll find, though enemies also ramp up in difficulty, creating a sense of risk vs. reward that will keep you hooked.

Offworld Trading Company is an economics-heavy RTS game created by the Lead Designer of Civilization IV that sees you vying for control over Mars’ resources following the planet’s colonization.

Like the Civilization games, you start out as one of many different leaders dubbed ‘CEOs,’ each possessing distinct traits and abilities to either help or hinder your business.

Additionally, OTC uses a player-driven market that’s constantly in flux, meaning you’ll have to make many tough calls regarding which resources to sell or hoard until the price is right.

It also includes a robust, highly replayable single-player campaign and online multiplayer for up to 8 players.

Our next suggestion for scratching that shopkeeper itch is Pixel Shopkeeper, a 2D inventory management puzzle game that puts you in charge of running an item shop for heroes.

You craft items using gathered resources scattered across various dungeons, which are then sold to NPCs for money you can use to decorate your existing shop or expand the business with more locations.

As you train and eventually take on more challenging dungeons, the game rewards you with new classes and décor to furnish your shop and attract new clientele.

It can be hard to get going, especially if you’re not the kind of player who enjoys min/maxing to victory, but thankfully, the developer has included a ‘Chill Mode’ difficulty option as well as a sandbox mode.

In King of Retail, you get to see your character evolve from retail cashier to big shot CEO after working their way up the corporate ladder in the fashion, electronics, or food industries.

No matter what concept you pick, the game tasks you with designing the store’s layout, purchasing and pricing goods, and advertising to your targeted consumer.

The game is very much systems-driven, so a lot of your time is spent optimizing your set-up to run on its own while still being profitable.

There will be times where you’ll have to step in to interview potential new hires, expand to new territories, and create marketing campaigns to help your business stand out from the competition.

Have you ever wanted to feel the rush of excitement that comes with stumbling upon a valuable antique worth thousands of dollars?

Well, in Barn Finders, you can capture that feeling over and over again while filling the shelves in your family’s pawnshop with rare finds from property auctions.

There are hundreds of items to encounter in Barn Finders, including classic car and motorbike parts that fetch a pretty penny and 12 unique auction locations to help hone your skills.

Merchant of the Skies

Merchant of the Skies casts you as the captain of a money-making airship used to sell items, gather resources, and ultimately build a trade empire among the clouds.

There’s an emphasis on base-building, exploration, and some other RPG elements, though the real ‘meat and potatoes’ of the game is trading.

You’ll explore the world looking for isles with the best goods to buy low and sell high and identify routes that let you automate transportation.

In addition to its 6-8 hour story campaign, Merchant of the Skies features a sandbox mode that focuses solely on growing your business, establishing routes, and designing your own retirement mansion.

Another game that comes well recommended and blends base-building, decorating, and shopkeeping gameplay is Winkeltje: The Little Shop.

In it, you play as the owner of an old-world fantasy shop that sells everything from nails and apples to swords and magical love potions.

To run your business successfully, you’ll have to rely on multiple streams, including purchasing directly from other traders, crafting goods yourself, or getting your hands dirty with a bit of farming.

Over time, you’ll expand your shop and update its décor with new furniture and display shelves to highlight wares and impress your customers.

Garden Paws is yet another shopkeeping game that’s hard to pin down to a single genre since it draws from a myriad of gameplay styles, including management, exploration, and farming sim.

The game puts you in the shoes, or rather paws, of small and cuddly animals such as rabbits, chipmunks, dogs, cats, and dragons as they go about their lives living on a cozy little island.

Gameplay is split between managing a farm, upgrading your island’s resources, exploring environments for treasure, running a shop, and countless other hobbies.

As you upgrade and expand your island’s amenities, more animals will want to visit and see what all of the fuss is about, driving up business and strengthening your community.

Considered the best shopkeeper game by many, Recettear: An Item Shop’s Tale still holds up in 2022 despite being more than a decade old.

In it, you play as a young girl forced to pay back her father’s loan by managing an item shop within her family home with help from a fairy companion named Tear.

Together, you’ll venture into randomized dungeons filled with enemies and rare items you can sell in your shop to furnish it with new décor and pay off your dad’s loan.

Since you set the prices yourself, you can drive up sales by monitoring popular items, as well as attract more customers by regularly updating your shop’s appearance. 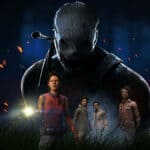