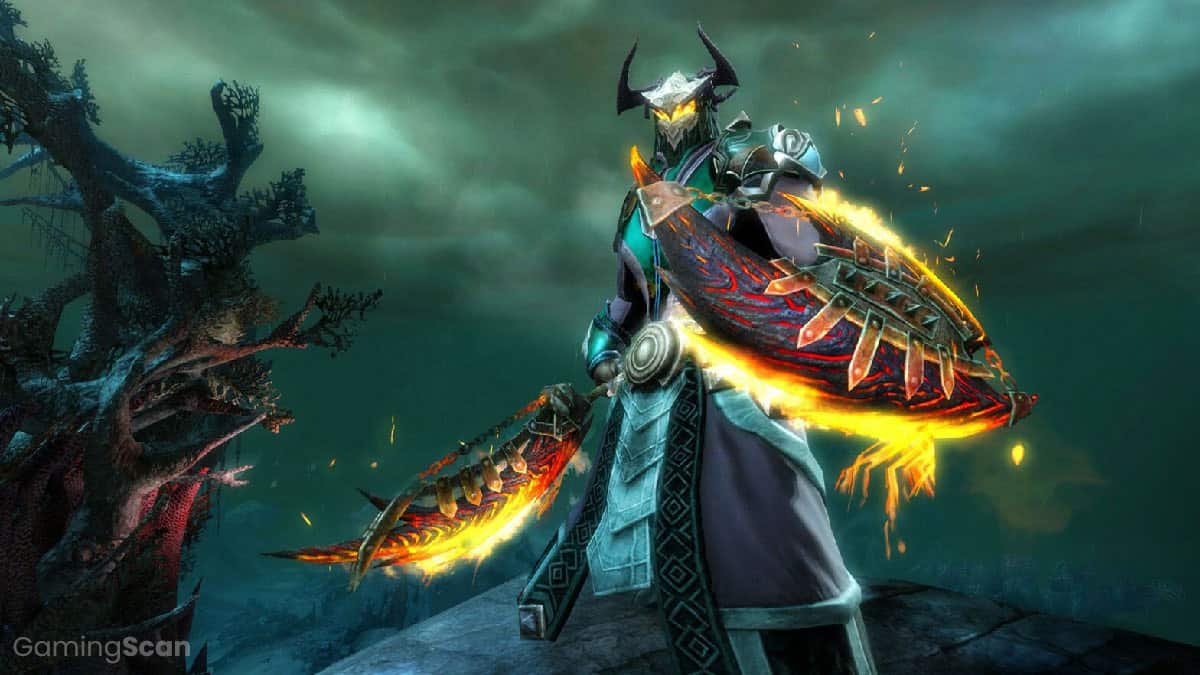 If you’ve always wanted to immerse yourself in a fun MMO game but can’t be bothered to join a guild or convince friends to join, you’re not alone.

Many players crave big open-world experiences with tons of story and gameplay content but none of the multiplayer fuss that’s generally associated with the MMO genre.

In this list, we’ll help cure your single-player woes by highlighting the best MMOs for solo players in 2023 that let you grind your way to the top as a lone hero.

For more MMO recommendations, check out our growing library of curated gaming lists, and comment below with your top picks for solo player MMOs.

If you’re looking for a casual MMO that’s suitable for a single-player-minded approach, games like Lost Ark are going to be your best bet.

This is due to its gameplay and progression being equally rewarding as other popular MMORPGs and showering you with rewards for completing checklists of quests.

There’s also not much of a difference in playing Lost Ark solo versus with friends as most of the classes are tailored for PvE rather than PvP battling.

Bear in mind, like many MMOs the end-game grind can feel tedious at times, especially without a buddy to keep you company.

Fallout 76 has come a long way since its initial pitch, which placed a much bigger emphasis on social interactions in a sprawling, irradiated wasteland.

These days, the game is a lot more solo-player-friendly thanks to the addition of NPCs offering main missions and side quests that can be tackled completely alone.

While some in-game events play out better with a few lending hands, with the right build and strategy, you can take on just about any challenge on your own.

If you’re truly committed to taking on the Wasteland alone, we suggest switching on Pacifist mode to prevent other players from being able to attack you.

Aside from co-operative raids and the obvious PvP modes, Destiny 2 has always been very single-player friendly as most activities can be completed alone.

Of course, you’ll still find yourself matchmaking with other players for strikes and world instances but you’re never forced to communicate or even coordinate your attacks.

With that said, players hell-bent on isolating themselves can install the Destiny 2 Solo Enabler, a fan-made script that blocks communication with Destiny 2’s servers without altering the game.

It’s great for some peace of mind if you don’t like the idea of seeing other players pop up on your screen in the Tower, on planets, or during strikes.

Of all the new MMOs that have come out recently, Amazon Games’ New World has been the most welcoming of solo players, going as far as to include an “Only Plays Solo” title.

This minimizes any awkward expectations of playing with others when you join a Faction, allowing you to focus solely on PvE content.

The majority of the early game can be tackled alone and even includes some relaxing quests that revolve around fishing, gathering resources, and crafting items.

However, like many MMOs, some end-game content will require you to join a party, namely New World Expeditions and PvP War Campaigns.

Neverwinter is another good MMO for solo players that doesn’t force teaming up with other players, although doing so will definitely make it easier to level up quickly.

The same applies to any solo players who want to get the best end-game gear, as many of these quests require a group to have any chance of coming out victorious.

At the same time, you can make a sizable amount of progress simply by trading in-game currency with Bounty Master NPCs in exchange for equipment upgrades.

This is feasible all the way up to around level 60, at which point solo play starts to have diminishing returns without the assistance of tanky classes like Fighter or Paladin.

Solo players hungry for a beefy MMO with years of content to sift through will find comfort in experiencing everything the Elder Scrolls Online has to offer.

From lore-rich main story quests to side activities, daily missions, DLC content, and free-roaming exploration, you’ll find there’s no shortage of things to do as a solo player.

Add to that the ability to join factions, unlock new skills, and invest time developing the perfect build for your characters and you should be just fine playing alone, at least until Veteran levels.

With the right build, you’ll find you can even bring down some of the game’s world bosses all on your own, though others are next to impossible without a group.

Despite having the word “guild” in its title, just about all of the content in Guild Wars 2 can be tackled as a solo player, except for raids.

Granted, it will take a lot of time and grinding to reach end-game power levels but that’s the sacrifice you make when playing an MMO alone.

For your hard work and dedication, the game rewards you with a highly personalized storyline whose content is shaped by your actions.

Should you ever want to move on to more challenging activities like large events and world bosses, you’ll find the Guild Wars 2 playerbase is as helpful and welcoming as MMO communities come.

If you’re in the market for a non-fantasy MMO that focuses on combat and traversal while being suitable for solo play, we suggest giving Warframe a try.

In it, players take on the role of a Tenno, nimble and well-armed space ninjas tasked with defending their race against alien factions throughout the galaxy.

This boils down to a lot of grinding as you hunt down the best weapons and mods to enhance your character’s build and unlock its true potential.

While some aspects of Warframe can start to feel repetitive without friends to distract you, the core gameplay is extremely engaging and satisfying.

One of our favorite classic MMOs, both old and new RuneScape have always supported the single-player approach on any given server.

While there is some reliance on your server’s player economy to obtain certain items, you can get by just fine without such interactions.

In fact, the game includes a dedicated “Ironman” challenge mode that removes trading, free XP gains, and multiplayer altogether, leaving you completely to your own devices.

If you’re an experienced player, this can be a great way to revisit RuneScape from a fresh perspective and have some old-school MMO fun.

Rift is another legendary MMORPG with about a decade under its belt that continues to cater to both solo and group-minded players.

This fantasy-inspired MMO puts a Lovecraftian twist on its setting by having you defend the world of Telara from otherworldly enemies pouring in from different elemental rifts.

After creating a character according to six unique races, you’ll join a faction and embark on a challenging adventure with rewards for improving your skills and equipment.

You’ll find leveling up your character solo is relatively easy in Rift compared to other MMOs but the downside to this is that dungeons and raids require a squad to complete.

Anyone tired of the MMO loop of having to grind an entirely new character just to explore a different class will find solace in Albion Online.

The game sells itself on its unique “classless” progression system where players are free to swap between abilities based on items they’ve equipped.

This pairs nicely with Albion Online’s content, which is naturally suited for solo-play as players can establish their own island and spend the days farming, fishing, and tending to the land.

Getting the best gear will take a lot of work but if you’re easily entertained just by leveling and crafting, you should have a lot of fun along the way.

It seems like we never run out of good things to say about Final Fantasy XIV Online and now we can add “solo-player friendly” to the list of pros for Square Enix’s ongoing MMO.

What makes the game so great for single-player is that it was designed for people who don’t have much time to spare throughout the day, with many features and activities streamlined for convenience.

Many missions can be completed in 15-30 minutes and there are weekly quests and challenges that can be turned in for XP to level up quickly.

However, solo players will most appreciate FF14’s Trust system, which lets players take on main story quest dungeons with NPC supports instead of other players.

Black Desert Online takes a much more open-ended approach to progression than other MMOs that lends itself to solo play.

This can be attributed to life skills, a set of core activities that include standard things like farming, fishing, and hunting as well as more specific ones such as alchemy and sailing.

Players are free to focus on the life skills that are most relevant to their playstyle, with new careers becoming available based on your proficiency in a given area.

The best part is most skills can be improved with little to no interaction with other players, allowing you to shape your path without involving anyone else.

Another single-player MMORPG that lets you play as you see fit while embarking on a heroic journey is Blade & Soul.

Developed and published by NCSOFT, the game has amassed an exhaustive amount of story content in the decade-plus since it was released.

Solo players can work their way through Blade & Soul’s extensive quests at their own pace while mastering a fun and fast-paced PvE combat system.

This includes taking on solo instanced dungeons and limited-time seasonal events that help break up the sometimes monotonous grind found in many MMOs.

A notable entry in a long line of Star Wars games and direct successor to KOTR, Star Wars: The Old Republic is a beloved MMORPG that favors solo play.

This is due to its big focus on character-driven storytelling wherein players make decisions that affect the game’s universe.

To this point, the game gives you the freedom to work your way through all of its content at your own pace as you travel to various planets and meet new characters.

It even includes an optional companion system that assigns you an AI ally that will fight your side and make certain challenges easier to manage.

To wrap things up, we suggest solo MMO players check out The Lord of the Rings Online, a criminally underrated contender in the genre that works perfectly as a single-player game.

In it, players can experience the entire main story alone and choose from various classes like Captain, Champion, and Guardian, all of which are tailored for solo play.

Like many MMOs on this list, some end-game activities in LOTRO are admittingly better suited for groups but can ultimately be avoided.

If you’ve never given it a chance or it’s been a long time since you last played, you’ll be surprised to find just how active the game’s community and development still are after all these years. 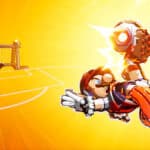