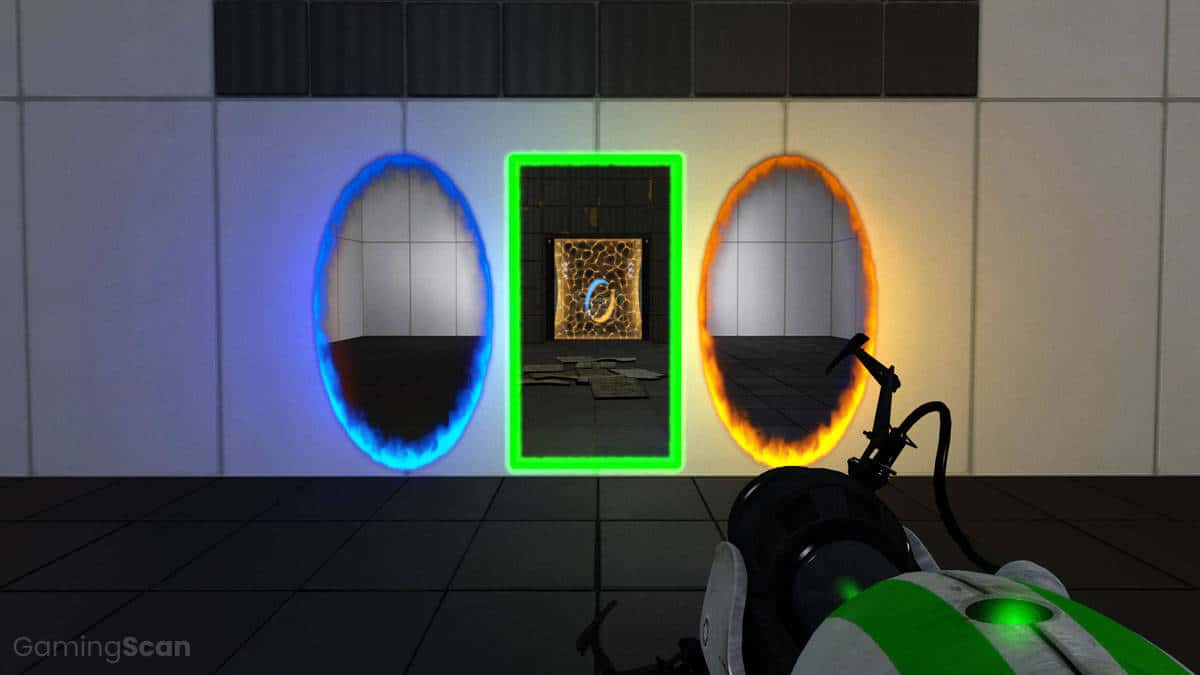 Considering the game is over a decade old now, there’s no shortage of noteworthy Portal 2 story mods and Portal 2 coop mods that add more levels and puzzles.

In this list, we’ll highlight the best Portal 2 mods to check out in 2022 for PC players looking to squeeze as much fun as they can out of Valve’s hit puzzle platformer.

For more gaming recommendations, we suggest browsing through our other curated lists and leaving a comment if we forgot to include your favorite Portal 2 mod! 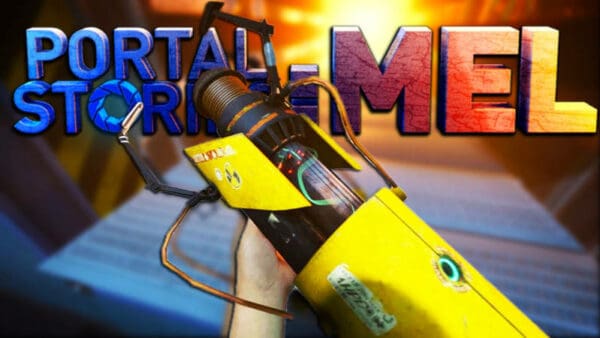 First up is one of the most well-received Portal 2 mods to come from the game’s community, Portal Stories: Mel, a high-quality story expansion that builds upon the base game.

In it, players take on the role of Mel, a test subject who finds herself in one of Aperture Science’s facilities and must navigate a slew of new logic-based puzzle challenges.

The new content will take about 8 hours to complete for Portal veterans while those with less experience will probably need to consult a walkthrough for certain puzzles. 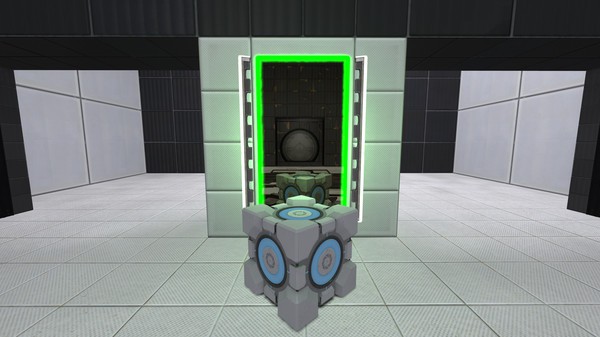 Add A Third Portal to Your Gun

Our next mod suggestion is Portal Reloaded, a community-made mod that expands on the main game by allowing you to travel between the present and future timelines.

This is done using a third, green-colored portal, along with different map layouts and rearranged objects that can be moved by the player to affect their location in either timeline.

It’s a clever evolution of Portal’s gameplay that avoids overcomplicating things or confusing the player by having time move in a single direction. 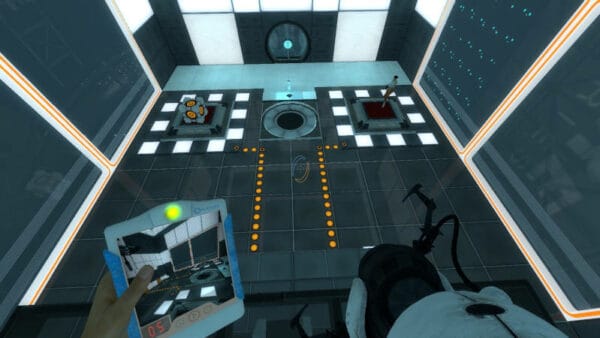 Continuing on with the time travel theme, Thinking with Time Machine introduces another set of test chambers that revolve around time manipulation.

The difference with this mod is that it lets you record your character’s movements and play them back in real time while layering on additional runs.

This allows you to activate multiple triggers at once as well as do things like have a clone squat so you can jump on their back and reach a ledge that would otherwise be too high. 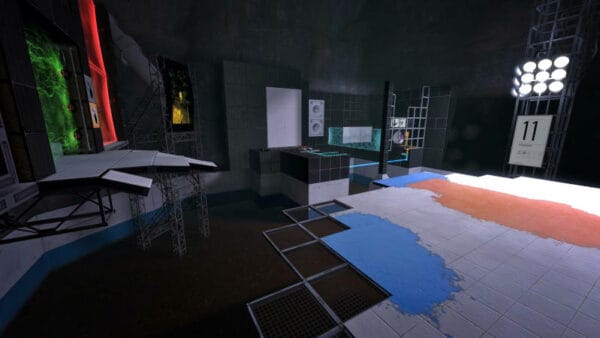 There’s always been great potential in Portal 2’s gel mechanic beyond what gets explored in the main game so it’s nice to see a mod like Aperture Tag really lean into it.

Drawing inspiration from both the base game and Tag: The Power of Paint (a precursor to Portal itself), this mod makes it so the player fires Repulsion and Propulsion Gels instead of portals.

Combine this with a set of puzzles designed around the mechanic and you end up with a fun parkour-inspired take on the original with acrobatic leaps of faith. 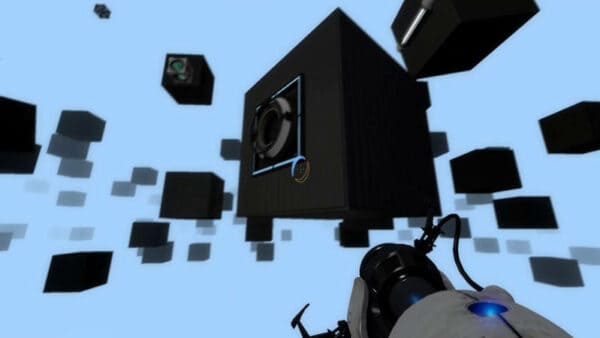 The Unreal Chambers mod toys around with the idea of non-Euclidean environments with puzzle rooms designed to make players question their every move.

In Chamber 1, you’re tasked with navigating a series of hallways that shift anytime you look away and in Chamber 2 you have to use a frame in the center of the level to move between rooms.

Things quickly ramp up until hitting a grand crescendo in Chamber 4 where players are taken on a mind-bending ride that will leave you scratching your head. 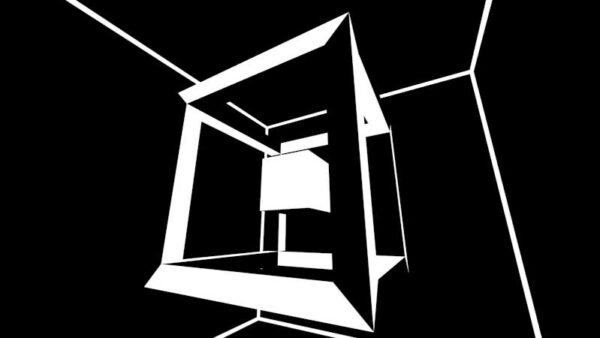 Figment 1-2 is another mod set that introduces abstract, non-Euclidean levels inspired by the game Antichamber with high-contrast black and white objects.

The lack of detail forces players to rely on instinct as they make their way through the mod’s maze-like environments without being able to visibly see where portals are placed.

While the map layouts aren’t as refined as Unreal Chambers’, they offer a fun spin on classic Portal gameplay that shows just how far modders are willing to go to try something new. 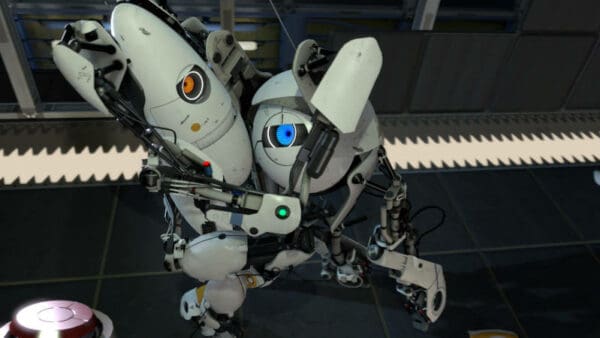 If you’re looking to add more co-op-friendly puzzle maps to Portal 2, then your best bet is going to be the Excellent Partnership mod.

These cleverly designed rooms are designed to put two players through the wringer and test your communication skills after beating the co-op campaign.

Each level has a unique theme that remixes elements from the main game to keep things fresh and ensure you’re not carrying out the same tasks every time. 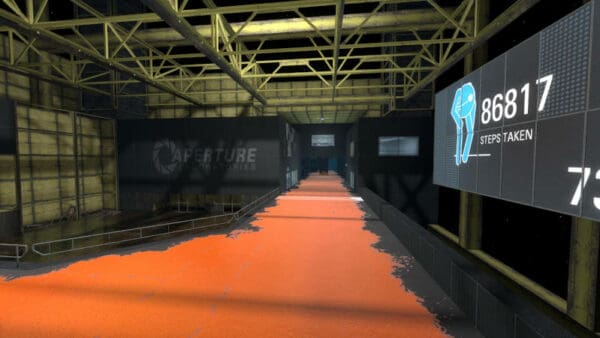 Gelocity Stages 1-3 combines the gel gun mechanic with co-op puzzle solving and fast-paced puzzle races that lend themselves to speedrunning.

The way it works is like this: each level is covered in layers of Propulsion and Repulsion Gel that can be taken advantage of by the player to build speed, change directions, jump, and cut corners.

Where things get competitive is the optional time trial versions of each level, where players can try and beat their partner’s time and set a new high score. 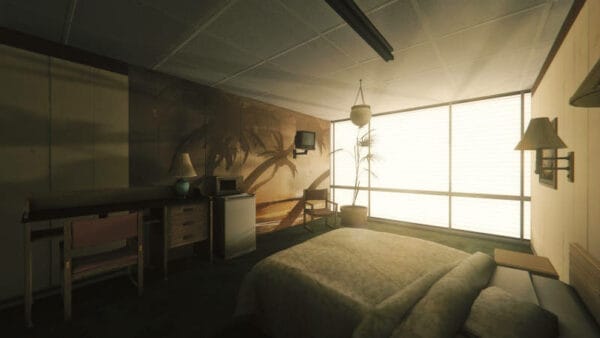 Give Portal 2 A Visual Upgrade

Reshade mods are always a good way to inject new life into an older game, especially one with somewhat dated visuals like Portal 2.

There are several options at your disposal but the one we recommend is Aperture Reshade, a photorealistic reshade that makes the game look like a 2022 release.

This is achieved by adding various visual effects such as color correction, bloom, sharpening, and lens flares that up the game’s graphical fidelity. 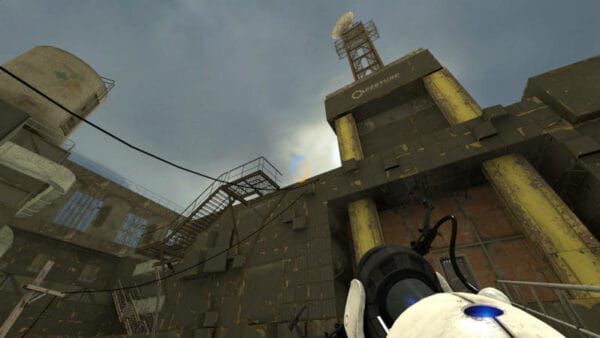 Above Aperture is a cool mod that lets you travel to new parts of the Aperture facility from which you can see the sky while tackling new puzzles.

Consisting of four parts, it features levels with open-sky environments and outdoor transitions between tests that end up feeling like you’re exploring an abandoned city.

The puzzles included also happen to be pretty challenging to the point they feel on par with the main game. 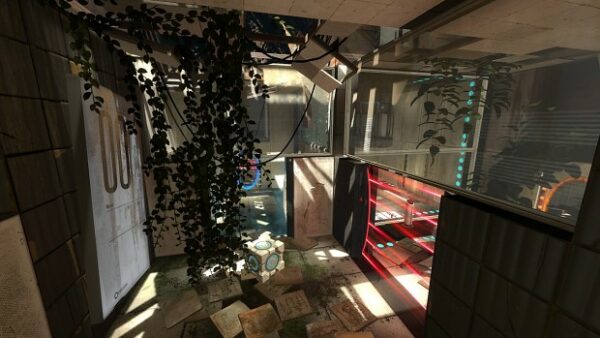 Another mod that introduces some neat cosmetic changes to make Aperture Labs look like an overgrown wasteland is Dilapidation.

It consists of 6 parts in which players take on the role of an unnamed test subject who awakens in a dilapidated facility before planning their escape.

To make it out, they’ll have to prove themselves to be a worthy candidate by making it past test chambers filled with tons of wreckage and overgrown foliage. 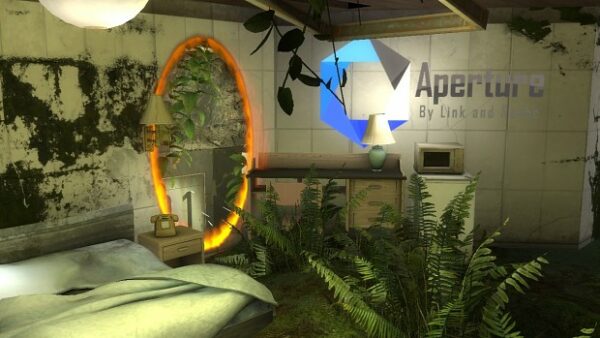 In Wake Up, players are cast as a new Aperture test subject named Suki who awakes to an alert from a voice calling itself the “Aperture Science Emergency Leaving System.”

The voice instructs your character to escape and begins guiding them through a series of puzzles that remix elements from the main game.

The mod offers an intriguing mystery that can be fun to unravel along with some clever puzzle designs that will leave you stumped. 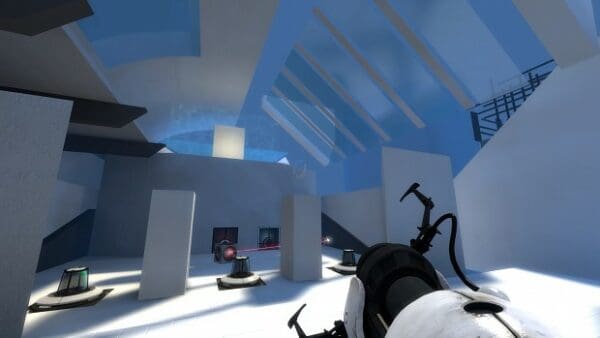 Next up is Eidolon, a Portal 2 mod that introduces a host of visual changes to Aperture Science’s environments to make it look very different than the main game.

While its puzzles aren’t particularly long or challenging, they’re great for a few hours of entertainment. 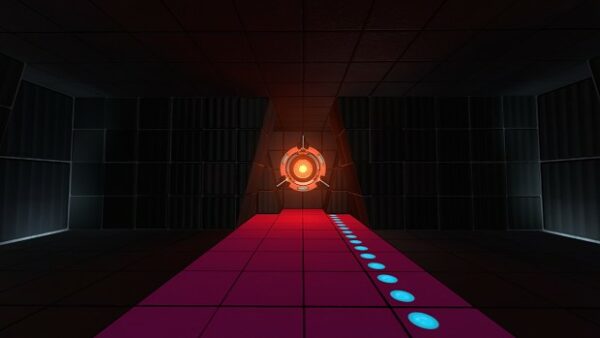 Another episodic Portal 2 mod that spices up the game considerably is Memories, which assigns each chapter a unique setting and theme with a branching story.

It also features some cool new puzzle concepts, such as having to use portals in forests, outer space, etc. without straying too far from the Portal formula.

Each episode is accessed via a starting hub area, making it a very self-contained mod that adds cool new visual and audio components. 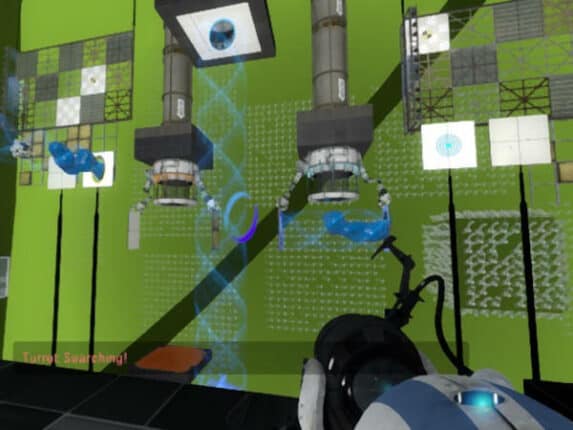 This is further complemented by a host of original textures, sounds, music, and visual elements that add to the Portal 2 experience.

Considering the mod is designed for co-op, it’s the perfect excuse for reuniting with your Portal 2 partner to take on new challenges ranging from 30 minutes to an hour. 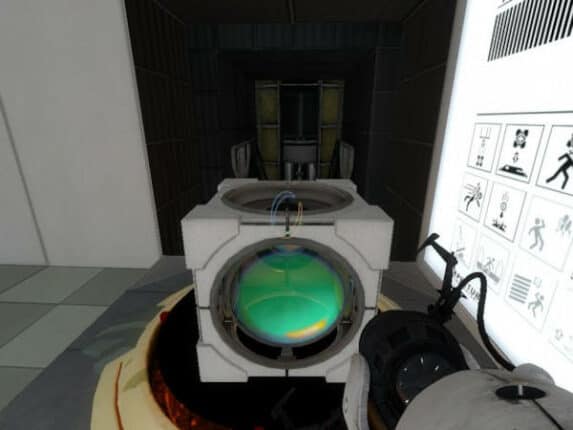 Explore One of Aperture’s Regional Branches

We’ve covered a lot of Portal 2 story mods already but Aperture Ireland stands out for its unique premise in which you play as the test subject at one of the company’s regional branches.

It includes several new puzzles to explore, many of which offer fast solutions for those clever enough to look between the lines.

The accompanying narrative is just as engaging and teases players with the reveal of a dark secret housed deep within the facility. 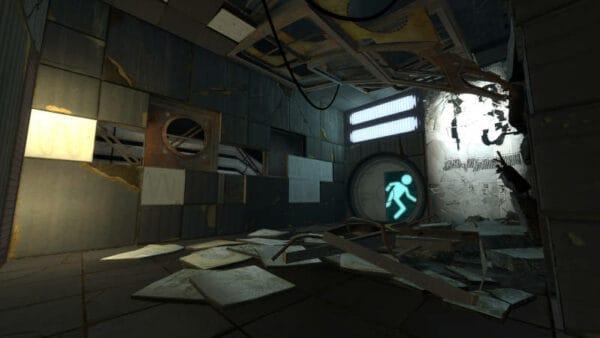 In Portal Revolution, players control a new test subject tasked with helping destroy GLaDOS after the end of the original Portal.

This is played out across 4 chapters, 2 new characters, 20 new puzzles, and brand new environments that go beyond the standard Aperture Labs death and decay.

By the end, players will have made startling discoveries with grave implications for their character and the Portal universe. 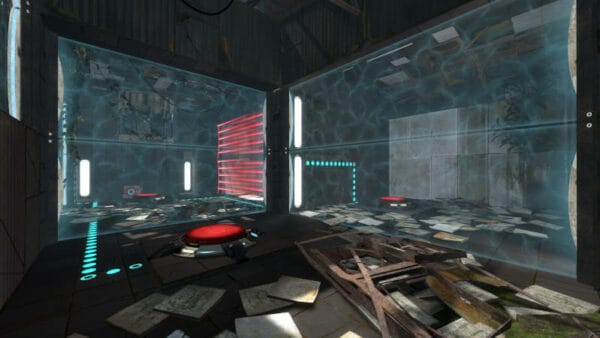 Destroyed Aperture is another Portal 2 story mod that drops players into Aperture Science Experimental Facility #7 where a core failure triggers the player to try and escape.

Unfortunately for your character David Grayling, the exits from the facility have been sealed as a precaution, forcing him to traverse 20+ maps offering both exploratory and logic-based puzzles.

The mod totals for about 4-6 hours of content spanning 5 chapters with original assets, soundtrack, and Steam Achievements. 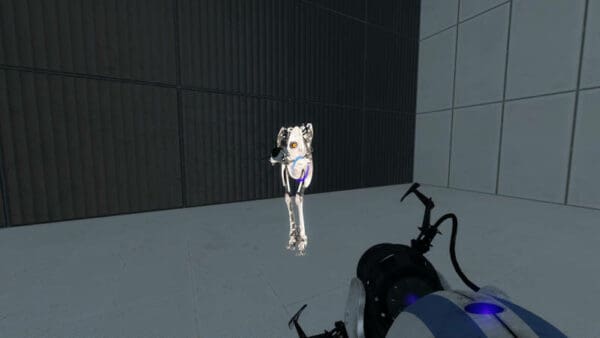 Last up on our list is Portal Versus, a mod that puts a simple twist on Portal 2’s co-op mode to allow for online PvP action.

Included is a variety of new game modes and challenges that decide once and for all who’s the better portal player between you and your partner.

Seeing how the main game’s co-op campaign is all about working together, it’s nice to see a mod flip that on its head and throw competition into the mix. 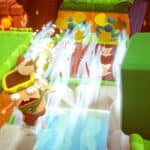