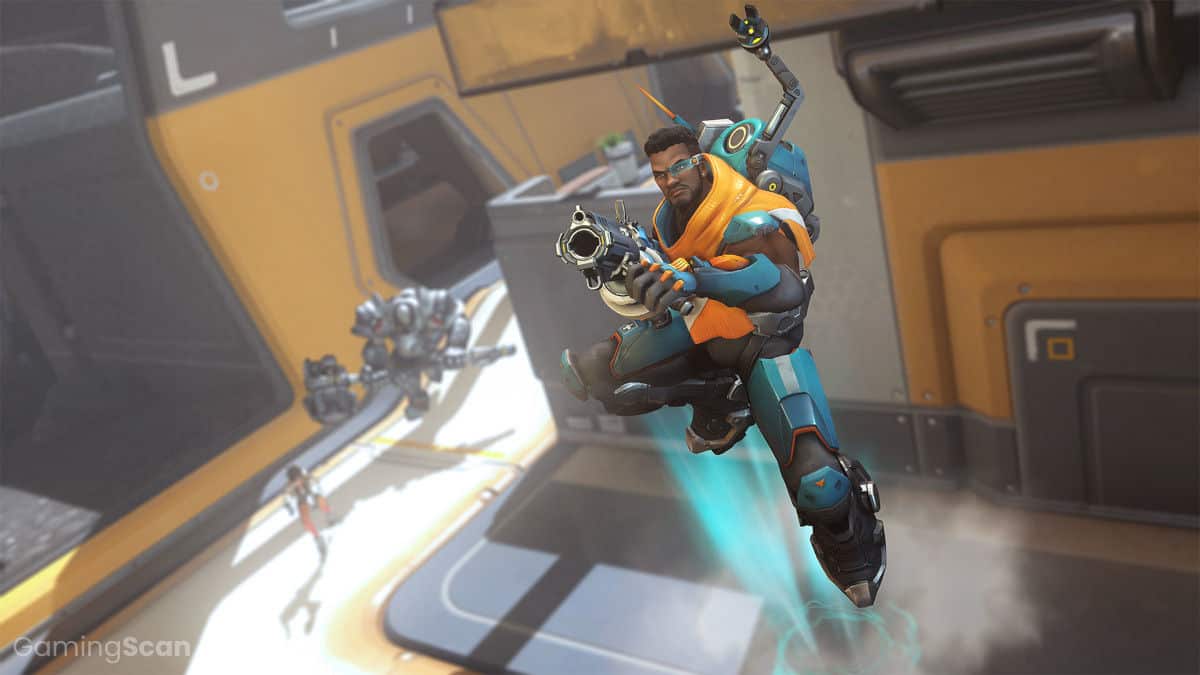 Baptiste is one of the more recent additions to Overwatch’s roster and functions as a highly-skilled healer who can also provide DPS for his team.

While he’s a bit lacking in mobility, Baptiste can often save allies from dying using Immortality Field, making him a tremendous asset to any team.

In this Overwatch Baptiste guide, we’ll be highlighting the best tips, tricks, and strategies for playing as the elite combat medic.

Similar to Ana, Baptiste is a high-skill floor Support hero with a robust kit that can take quite some time to fully master.

Although much of his design is modeled after that of Soldier: 76, Baptiste’s healing capabilities can help boost his and his team’s survivability.

He thrives at mid to long-range, where he can quickly line up shots with his Biotic Launcher and set up Amplification Matrix once his Ult is charged.

Though it can be tempting to play offensively as Baptiste, a good player can typically get more value out of this hero by supporting their teammates with heals and buffs.

How To Use Biotic Launcher

The first tool in Baptiste’s arsenal is his main weapon, the Biotic Launcher, which features two modes of fire: one for dealing damage and one for healing allies.

The primary fire mode shoots three-round hitscan bursts that reward accuracy and recoil control since Baptiste’s crosshair will continue to rise the longer he fires.

The secondary mode is used to lob arcing projectiles at teammates to heal 60 HP within a 3 meter AoE and has no effect on Baptiste himself.

Depending on how many of your allies are at critical health, it may be beneficial to prioritize healing over damage, especially since Baptiste barely deals any damage unless he lands a headshot.

How To Use Regenerative Burst

If you’re spending most of the match dealing damage, Regenerative Burst will be your main go-to for healing both yourself and your team.

Upon activation, it applies a heal-over-time effect to Baptiste and any nearby allies within a 10-meter radius.

Allies who move beyond Regenerative Burst’s radius after gaining its effects will continue to heal over time.

While this ability can provide your team with decent heals, it has a 13-second cooldown, meaning you’ll want to use it carefully, preferably when two or more allies are at critical health.

How To Use Immortality Field

Immortality Field is arguably the best ability in Baptiste’s repertoire and can often be the deciding factor in whether your team wins a big push.

It deploys a generator that prevents Baptiste and any of his teammates from dropping below 20% HP within a 6.5-meter radius for up to 5.5 seconds.

Teammates below 20% health will recover HP as soon as they step into the field, making it excellent for holding a point and buying your team some time.

However, enemies can remove the field’s effects early by damaging the generator, so try to get creative with where you place it by taking advantage of cover and blind spots.

How To Use Exo Boots

Baptiste gains some much-needed mobility through his Exo Boots, which increase his vertical height while jumping after a short charge window.

In order to charge Baptiste’s boots, you first need to crouch for roughly 1 second before jumping.

At full charge, Baptiste can jump over 9 meters into the air, granting him access to new vantage points that may give him an edge on grounded enemies.

Although the Exo Boots are an excellent way to reposition Baptiste, they’re not very reliable as an emergency escape measure due to the necessary charge-up window.

How To Use Amplification Matrix (Ultimate)

Amplification Matrix creates a visible barrier that increases any projectiles’ damage and healing effects that pass through it by 100%.

Upon activation, you can adjust the barrier’s orientation by pressing the Ultimate key again before building.

It’s best used in situations where enemies are being funneled through a single corridor, allowing you and your teammates to deal significant damage.

Note that Amplification Matrix does not boost melee-based projectiles, such as Roadhog’s Chain Hook or Brigitte’s Whip Shot, and can still be destroyed by Sombra’s EMP.

Baptiste can do a great job of keeping his teammate’s health topped off, but only if he’s backed up by at least two tanks.

Additionally, you should position yourself near your team’s backline to ensure you don’t take more damage than Baptiste’s 200 HP health pool can sustain. Despite being able to essentially spam heals an entire match, Baptiste relies on his team a lot more than the average hero, and below, we’ve provided a list of his best battle companions.

Which Heroes Combo Best With Baptiste?

Baptiste’s weaknesses become apparent the moment you start playing and find yourself in the thick of things.

While his Exo Boots allow him to reach higher vantage points, overall, he doesn’t have the increased mobility that a squishy Support hero needs to survive.

He also doesn’t fare well against heroes with massive health pools and becomes a lot more vulnerable whenever Immortality Field is on cooldown.

Below, we’ve provided a detailed list of heroes that can slide past and even overcome Baptiste’s kit in most circumstances.

Which Heroes Does Baptiste Struggle Against?

Baptiste’s high-skill floor means you can expect to put in a lot more practice before you’re playing like a pro.

While this makes him an intimidating pick, his unique kit can often make or break a team fight, especially when it comes to Immortality Field.

Below, you’ll find some additional tips to steer you in the right direction; they cover various strategies and techniques that may not be immediately clear when playing Baptiste. 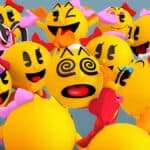