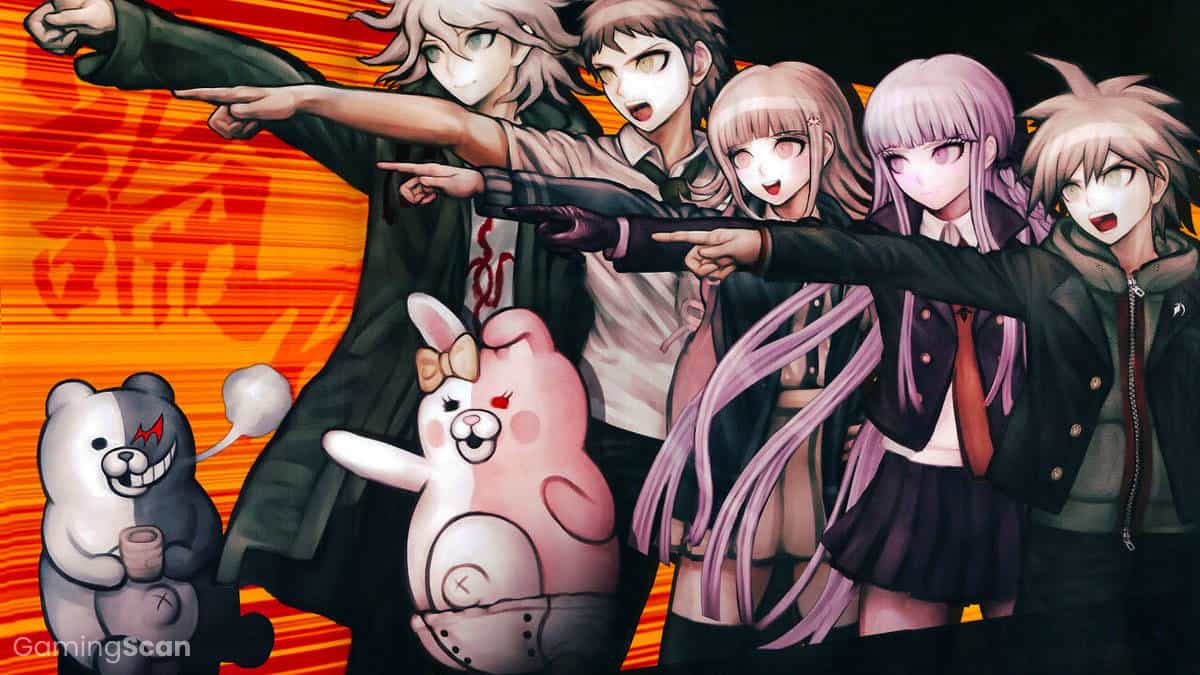 Danganronpa is a beloved Japanese franchise created by Kazutaka Kodaka and developed by Spike Chunsoft that first released for PSP but has since been ported to PC, console, and mobile devices.

The series primarily revolves around visual novel, detective, and dating sim gameplay where a group of high school students are forced to murder each other at the behest of a bear named Monokuma.

Since its conception, numerous mainline games, spin-offs, and enhanced ports have been released, begging the question, “What order do you play the Danganronpa games?”

In this list, we’ll go through the Danganronpa games in chronological order and provide you with a list to follow along as you play through each entry.

Lastly, we’ll be updating this list following any announcements of new Danganronpa games, so make sure to check back and let us know if we missed anything important! 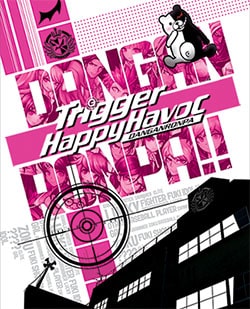 Against his will, Makoto participates in a battle royale after the robot bear Monokuma traps 15 students in Hope’s Peak Academy and forces them to try and kill each other without getting caught.

Combining elements from dating sims and third-person shooters, the game sees players interacting with other students to solve class trials and shoot at augmented objects on screen.

Upon release, Trigger Happy Havoc received favorable reviews in Japan and would go on to become a success worldwide. 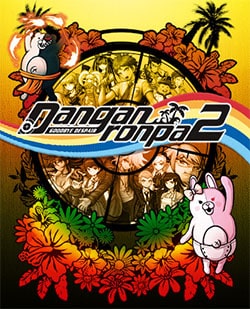 In an effort to give Danganronpa 2: Goodbye Despair a unique plot, Kodaka incorporated more mysterious elements and set the game in a group of islands inspired by the TV series Lost.

The story centers on Hajime Hinata, one of several high-school students who end up trapped on a tropical island by their bear headmaster Monokuma and his rabbit companion Monomi.

Much like the first game, students are tasked with killing one of their peers without getting caught before they can leave the island and return home.

Goodbye Despair also reviewed favorably and, upon releasing in North America, was met with considerable praise regarding its characters and story. 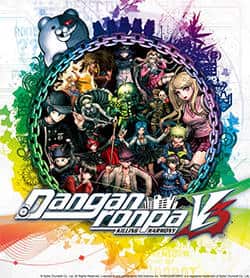 In it, the students find themselves trapped in a killing game where the culprit must avoid suspicion from their peers or risk being executed by Monokuma.

Following its release, Killing Harmony was dubbed a commercial success and well received by critics praising its story and gameplay with some concerns in regards to the game’s divisive ending. 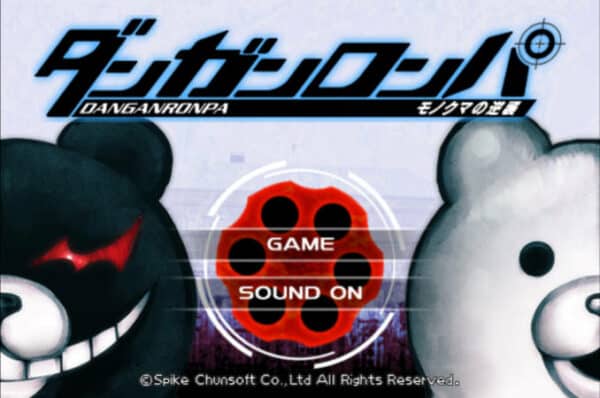 Danganronpa: Monokuma no Gyakushū (translated as Monokuma Strikes Back), is a spin-off mini-game collection released for mobile devices.

It contains four mini-games that draw inspiration from the Danganronpa series as well as popular mobile titles and features the characters Monokuma, Makoto Naegi, and Mondo Owada.

Monokuma no Gyakushū was released exclusively in Japan and China and never localized for English audiences, meaning there’s little to no information regarding its critical reception. 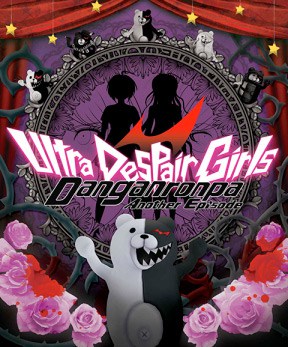 Players take on the role of high school student Komaru Naegi as she tries to survive in a city overrun by Monokuma robots using a megaphone-shaped Hacking Gun with various types of ammunition.

Throughout the game, Komaru is joined by the first game’s Toko Fukawa, who carries a stun gun into battle and uses it to switch over to her split personality, serial killer Genocide Jill.

Ultra Despair Girls didn’t fare as well as the mainline games in terms of critical reception and received mostly mixed to average reviews. 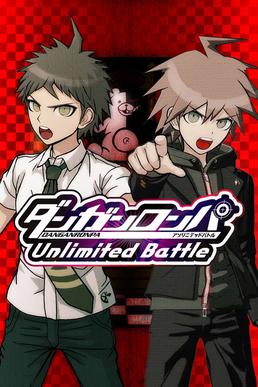 The second spin-off in the series is Danganronpa: Unlimited Battle, a mobile exclusive that released in Japan in early 2015 and ceased operations later that year.

In it, players pick three characters from the series to be accompanied by a fourth from another player’s game and enter arenas where they battle enemies using billiards-inspired shooting mechanics.

As is typically the case with mobile games, Unlimited Battled was designed for touchscreen controls and employed a free-to-play structure with purchasable in-game currency and micro-transactions.

The decision to leverage the Dangonronpa franchise for a touchscreen-based action game was questioned by some critics but in the end, the game was relatively well-received. 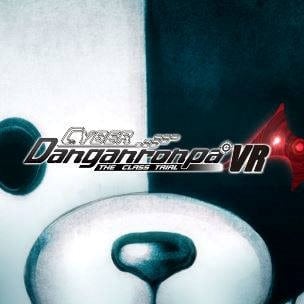 In it, players go through the fourth Class Trial from Trigger Happy Havoc with the goal of uncovering who was behind the murder of Sakura Ogami.

Cyber Danganronpa VR was well-received by critics who enjoyed its visuals and immersive adaptation of the series’ detective-style gameplay. 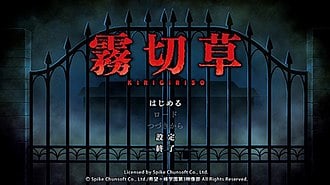 Kirigiri Sou is a spin-off game set between the Danganronpa Kirigiri light novel series and Trigger Happy Havoc while also serving as a crossover sequel to the 2002 Chunsoft game Otogirisō.

Gameplay is reminiscent of the mainline visual novel games and sees the player controlling Kouhei Matsudaira and Kyoko Kirigiri from Otogirisō and Trigger Happy Havoc, respectively.

The pair is tasked with investigating a seemingly abandoned mansion in the woods and the player must make choices throughout the game that affect the story and ending.

The shift to full-scale horror suspense was well-received by critics and Dangonronpa fans who also praised Kirigiri Sou’s visuals and overall storyline. 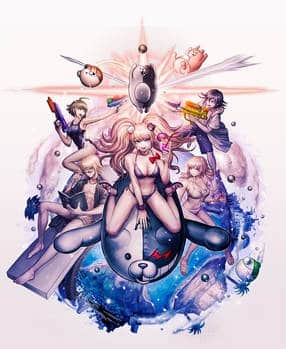 Released as a standalone game and included with the Danganronpa Decadence compilation, Danganronpa S: Ultimate Summer Camp is a spin-off RPG with board game elements.

The story takes place on the Jabberwock Island tropical resort and follows a group of 62 students and other characters as they try to survive a grueling 50-day-long summer test program.

Upon release, Ultimate Summer Camp was met with mixed reception from critics who took issue with its gameplay loop and inclusion of micro-transactions. 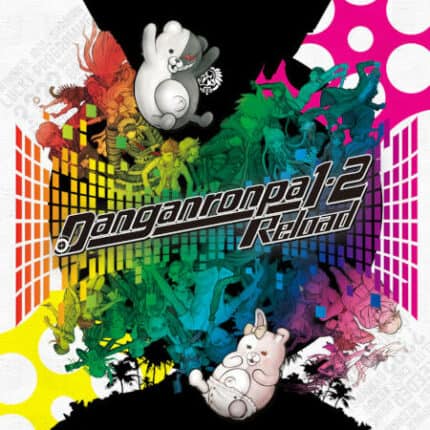 Danganronpa 1.2 Reload is a collection and enhanced port of the first two games in the series originally released for PlayStation Vita with several new features.

It features both games in their entirely alongside updated graphics and new School and Island modes where the main goal is to form bonds with classmates through dating sim-like gameplay. 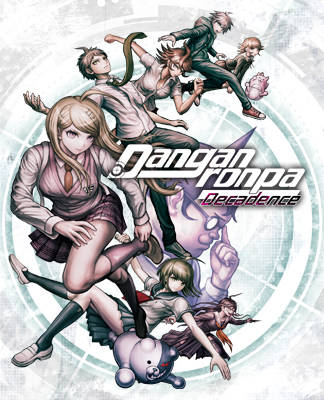 Danganronpa Decadence is a remastered collection and enhanced port of the main series trilogy along with a new fourth game, Danganronpa S: Ultimate Summer Camp.

It’s available as a physical-only bundle or à la carte in digital format via the Nintendo e-Shop; the collection includes new bonus menus, sprite/document galleries, and support for touchscreen controls. 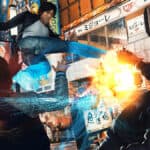