The Galar region is home to a plethora of new and exciting Pokémon, which have never been seen outside of Pokémon Sword and Shield. Many of them feature striking designs, introduce new typing combinations, and require certain conditions to be met before they can evolve.

Among these Pokémon is Toxel, a dual Electric/Poison-type that evolves into either one of two forms starting at level 30. Additional Gen 8 Pokémon with special evolution methods include Applin, Milcery, Sinistea, Galarian Farfetch’d, and Galarian Yamask.

In this guide, we’ll be sharing detailed instructions for acquiring Toxel and evolving it into either Amped Form or Low Key Form Toxtricity.

If you would like more Pokémon Sword and Shield tips and tricks, consider the following guides:

The easiest and also fastest way to get yourself a Toxel is to visit the Pokémon Nursery located on Route 5, which becomes accessible once you’ve defeated the Grass-type Gym Leader Milo in Turffield. After reaching the Nursery, go inside and talk to the woman on the right who just so happens to have a Toxel with her. Have a talk with her, and she’ll reveal that the Toxel beside her has just hatched from an egg before offering it to you as a gift.

If you want to catch a Toxel yourself, you can do so by heading to one of the following areas:

Your Toxel will evolve into either Amped Form or Low Key Form Toxtricity, depending on its nature starting at level 30. If the Pokémon was already level 30 or higher when you caught it, the evolution will trigger the next time it levels up.

To check your Toxel’s nature, simply select the Pokémon in your party or PC to pull up a list of options. Select ‘Check Summary’ and scroll right until you reach the page with a pencil and paper icon. Here, you can find out where and what level you met the Pokémon at and determine its nature (highlighted in blue).

Your Toxel will evolve into Amped Form Toxtricity with one of the following natures:

Alternatively, your Toxel will evolve into Low Key Form Toxtricity with one of the following natures:

While Low Key and Amped Toxtricity have visual differences—Low Key is yellow and purple, while Amped is blue and purple, there is another distinction worth noting; at level 52, both Pokémon can learn a different move which the other cannot.

For Amped Toxtricity, this move is Shift Gear, a Steel-type status move which increases the user’s Speed stat by two stages and their Attack stat by one stage.

For Low Key Toxtricity, this move is Magnetic Flux, an Electric-type status move which increases the Defense and Special Defense stats of the user and any allied Pokémon with the ability ‘Plus’ or ‘Minus’ by one stage. 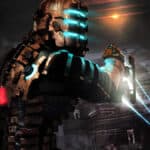