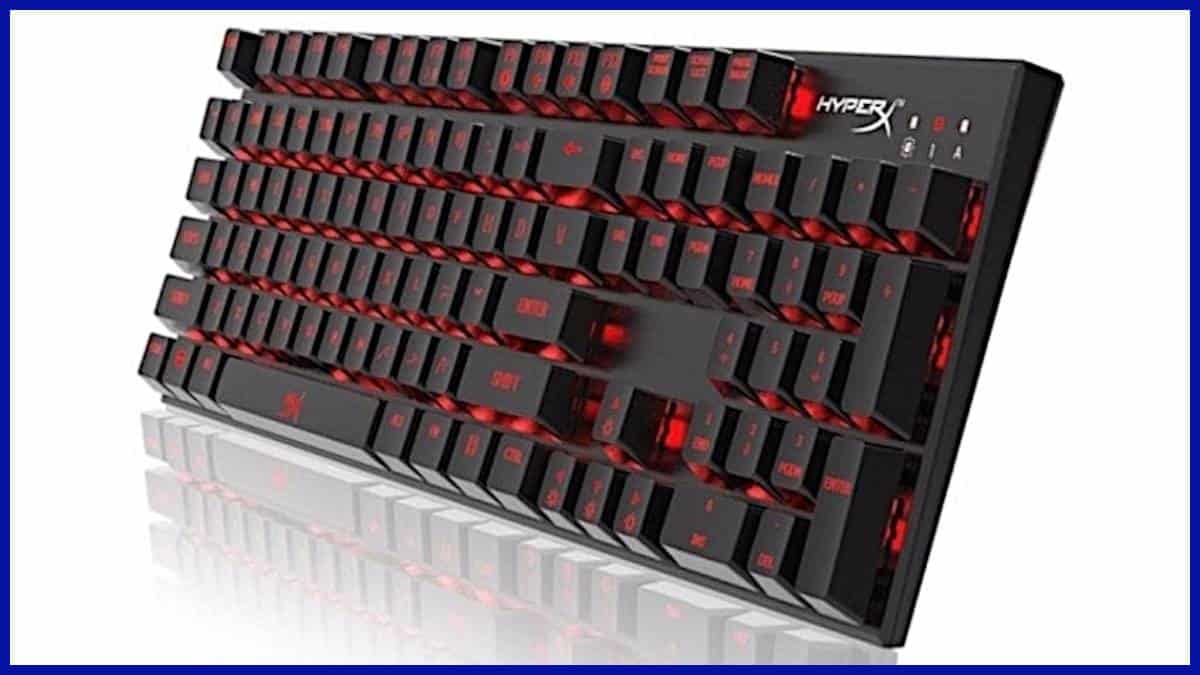 The HyperX Alloy FPS is an excellent gaming keyboard with a lot to offer and for at a reasonable price.

We consider it one of the best in its price range.

Today, we’ll be taking a close inspection at one of our favorite keyboards: the HyperX Alloy FPS.

We have already mentioned this keyboard in one of our buying guides, but this time around, we will be a bit more thorough with what we believe to be one of the best gaming keyboards ever made.

What’s In the Box?

The HyperX Alloy FPS comes with a couple of useful accessories: a padded carry bag, several extra keycaps, as well as a key puller. Of course, there is a USB cable, too, in addition to a short quick-start guide in several languages.

The carry bag is very well-padded and has two compartments: one for the keyboard itself and another smaller pocket on the side for the cable and any other accessories that you might want to throw in there.

The USB cable is braided, with red highlights, but there is one unusual thing about it: it is not a micro USB, but mini USB type B.

As for the eight additional keycaps, we have the WASD keys and the number keys 1-4. They are not only colored red to stand out more but are also slightly taller than the standard keycaps. This, naturally, makes it easier to find them in the heat of the moment. The metallic texture on the WASD keys is also a welcome addition in this regard.

The Alloy FPS is evidently very subtle in terms of design philosophy. The main body of the keyboard is noticeably compact. Not only does this save plenty of desktop space, but it also makes for a more neutral design – perfect for those who aren’t fans of the flashiness and bulk of most modern gaming keyboards.

The underside of the keyboard’s body is made of sturdy plastic, while the front is composed entirely of steel. This makes the keyboard very durable and gives it a rather premium feel as well, despite it being closer to a mid-range product than a flagship.

And finally, the keycaps themselves sport a rather minimalistic design as well, with a neutral font, and are about as tall as you’d expect from an average mechanical keyboard. This is, of course, excluding the four red ones that are an added bonus for FPS lovers.

Alloy FPS keyboards come with three types of Cherry MX switches: blue, red, and brown. The one we tested used the Browns, which made for a very satisfying combination of clickiness and tactile feedback, perfect for both gaming and typing.

If you’re wondering which type of switch would be best suited for you, check out the table below.

Actuation force determines how much force needs to be applied for a keystroke to register. The feeling denotes whether there is a “bump,” telling you when the actuation point has been reached, and noise, obviously, denotes how much noise a switch makes.

Generally, people prefer Red for gaming, Blue for typing, and Brown as the ideal middle ground between the two. However, there are no tangible advantages to be reaped from any particular switch, so it’s mostly up to personal preference.

Check out the video below to get some insight into how loud each of the above switches is. As for the feeling, however, you can only tell which you prefer by trying them out yourself.

Much to the dismay of many RGB enthusiasts, HyperX Alloy FPS keyboards are available only with red LED backlighting. Of course, there are two reasons for this:

Despite not having RGB, the per-key backlighting of Alloy FPS is still of the highest quality, with several effects to choose from. These can be cycled through by holding down the Fn key and then using the right and left arrow keys.

The following effects are available:

Unfortunately, this is as far as backlight customizability goes. There is no accompanying software, and therefore, no way to customize the backlight or anything else for that matter.

Seeing as it is a no-frills keyboard, the Alloy FPS packs little more than the bare essentials. It does have multimedia control keys assigned to function keys 6-11, as well as a special “Game Mode,” which disables the Windows key to avoid any accidental desktop visits.

Furthermore, the keyboard has a standard USB port in addition to the mini USB one it uses to connect to the PC. This extra port is a convenient way to charge your phone or pretty much any other wireless peripheral, but it, sadly, doesn’t support data transfer. This means that you can use it to charge devices, but not to actually connect them to your PC.

And finally, seeing as there is no accompanying software, the keyboard has no programmable keys nor dedicated macro keys.

HyperX manufactures two variants of this keyboard: a standard version and a “Pro” version.

Now, you’d probably think that the Pro variant adds some fancy new features, as the name would suggest, but that is not the case. Rather, the HyperX Alloy FPS Pro scraps the number pad for the sake of an even more compact frame and a lower price tag, seeing as fewer switches and less raw materials go into its production.

That is the only thing to consider when making your choice, as the keyboards are otherwise identical. If you do not need the number pad or just have no habit of using it, then you might as well get the smaller and cheaper keyboard.

There is simply no denying that this is an excellent keyboard for the money. Keep in mind that even though it’s marketed as an “FPS keyboard”, that is just for the sake of marketing. As a matter of fact, the Alloy FPS has a much higher potential of blending into an office environment than most other gaming keyboards.

With that said, if you want a functionality-oriented no-frills gaming keyboard at a relatively approachable price, then this is the way to go.

On the other hand, if you’re looking for flashy RGB lighting and programmable keys, then it’s best to give this one a pass and consider some of the more expensive offerings by Logitech or Razer – perhaps even the Alloy Elite. 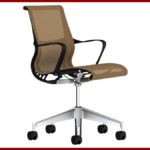