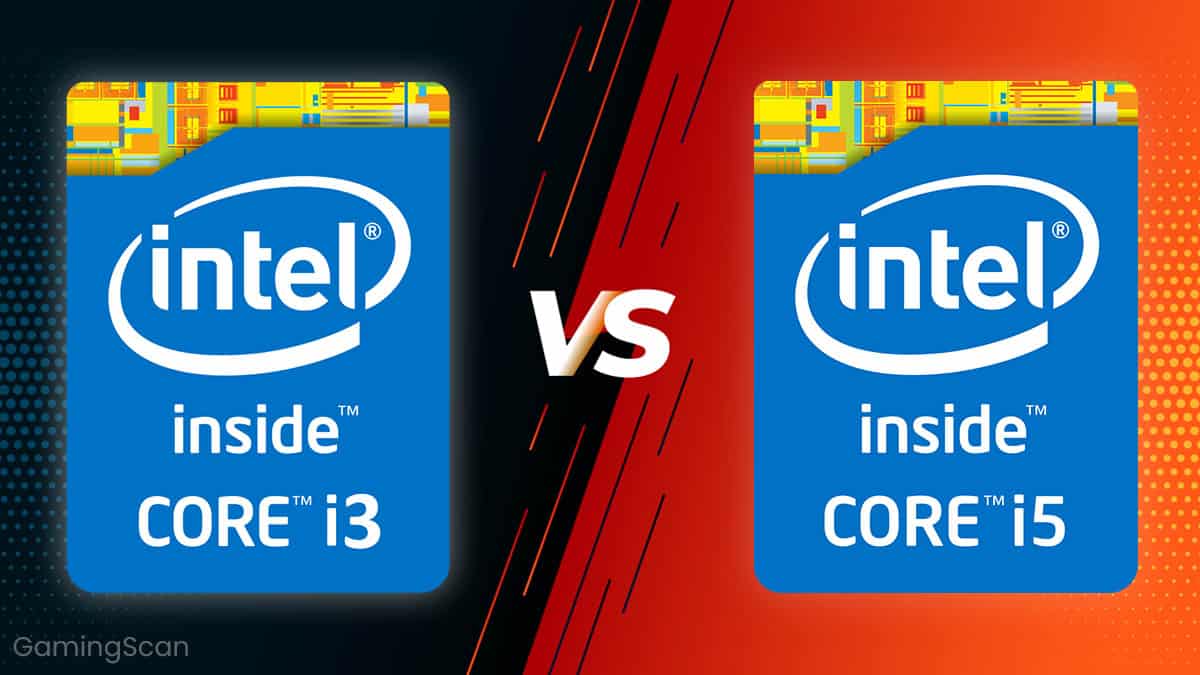 An i3 CPU will do just fine, especially when paired with weaker GPUs, but an i5 is better suited for any mid-range build.

Choosing the right parts for your new gaming PC isn’t easy, especially if you’re not up to date on how things stand in the market. And even though there are only two major companies manufacturing mainstream desktop CPUs at the moment, all the different models and specs can still be quite confusing.

Now, the question of Intel vs. AMD is a whole other matter, and it’s something that we’ve already discussed in another article. In this one, we’ll be focusing specifically on Intel and their most popular mainstream CPUs – the i3 and the i5 models.

So, should you choose an i3 or an i5 CPU for gaming? Let’s dig into it and find out!

The first thing that people tend to take note of when talking about CPUs is the core count. A decade ago, dual-core CPUs were all the rage, and quad-cores were a high-end choice. But today, even budget CPUs come with cores galore.

Some mobile i5 CPUs do have four cores with hyperthreading, but this feature is not found in any of the new desktop i5 models at the moment.

So, how many cores do you need for gaming?

Well, it is a difficult question to answer, since not all games are optimized to make full use of a high number of cores. As such, some games may very well benefit from a 6-core CPU while other less-demanding ones could do just fine even with as few as two cores.

Generally, if you intend to play demanding and newer games, going with a 6-core i5 is the safer bet. Not only will you have snappier overall performance, but the CPU will also be more future-proof, so you won’t have to upgrade once games start becoming even more demanding in the future.

Much like core counts, the clock speed is another entry on the spec sheet that people tend to take note of, but much like with core counts, they aren’t exactly a great way to estimate in-game performance.

Intel’s i3 and i5 CPUs tend to hang around the 3.6-4 GHz range at the moment, and higher clock speeds mean that the CPU will be able to carry out more operations each second, which translates into better performance.

As you may know, overclocking – as the name suggests – means pushing a processors clock speed beyond the base clock speed it was designed to operate at.

While this is a good way to squeeze some extra performance out of a CPU, it also comes with some drawbacks, mainly excess heat generation. Now, which CPUs handle overclocking better, i3, or i5 models? Well, since not all Intel CPUs are unlocked, not all models can be easily overclocked.

That said, you’re not necessarily missing out on overclocking if you go with an i3, though the unlocked i3 models are much closer to i5 ones from a price standpoint than the non-unlocked i3 models.

In any case, overclocking a new CPU is usually not necessary, especially when it comes to gaming. Most of the heavy lifting is done by the GPU anyway. Still, overclocking can be a great way to keep a CPU going after it starts to date and gets outpaced by newer models slowly.

Furthermore, with the extra heat generation that comes with overclocking, you would also need to invest in a good CPU cooler since Intel’s stock coolers are hardly stellar.

Most Intel CPUs come with integrated graphics, barring the new F-series which lack this feature. And while integrated graphics are not an essential feature for a gaming PC, they’re still something worth considering, as they can prove to be a good temporary backup in case your GPU fails.

And now, let’s get to what could very well be the most crucial bit: the pricing.

Of course, as mentioned above, the lines can sometimes blur, as the beefier i3 models can come close to the pricing of the weaker i5 models. On top of that, the prices of older-generation models can fluctuate quite a bit, too.

But all in all, an i3 will be the more budget-friendly way to go if you’re pinching pennies or if you want to put more money towards a GPU than a CPU. And that brings us to the next important point: bottlenecking.

Bottlenecking happens when a GPU is paired up with a weaker CPU or vice versa. The result? A powerful component that is not being utilized to its full potential because the other part isn’t fast enough to keep up with it.

When it comes to mainstream gaming, bottlenecking isn’t that big of an issue, but it’s still something that you should keep in mind. This site can give you a decent estimate of just how well a CPU and a GPU would work together, though it’s impossible to be 100% accurate with this sort of thing.

Generally speaking, an i3 would work well with budget and some mid-range GPUs such as, say, a Radeon RX 570 or a GTX 1060. Meanwhile, an i5 would be a better fit for the beefier GPUs, such as an RTX 2060.

With all things considered, should you pick an i3 or an i5 CPU for gaming? Honestly, if your PC will be used mainly for gaming, then the two key factors that you should consider are your budget and the GPU that you’ve got in mind.

As mentioned above, an i3 is the more affordable choice, so if you’re trying to put together a decent budget gaming PC, an affordable i3 model would be the better pick.

As for an i5, it should only be a priority if you’ve got your sights set on a more powerful GPU or if you also intend on using some CPU-heavy programs that would make better use of an i5’s capabilities than most games could. 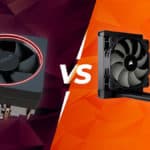