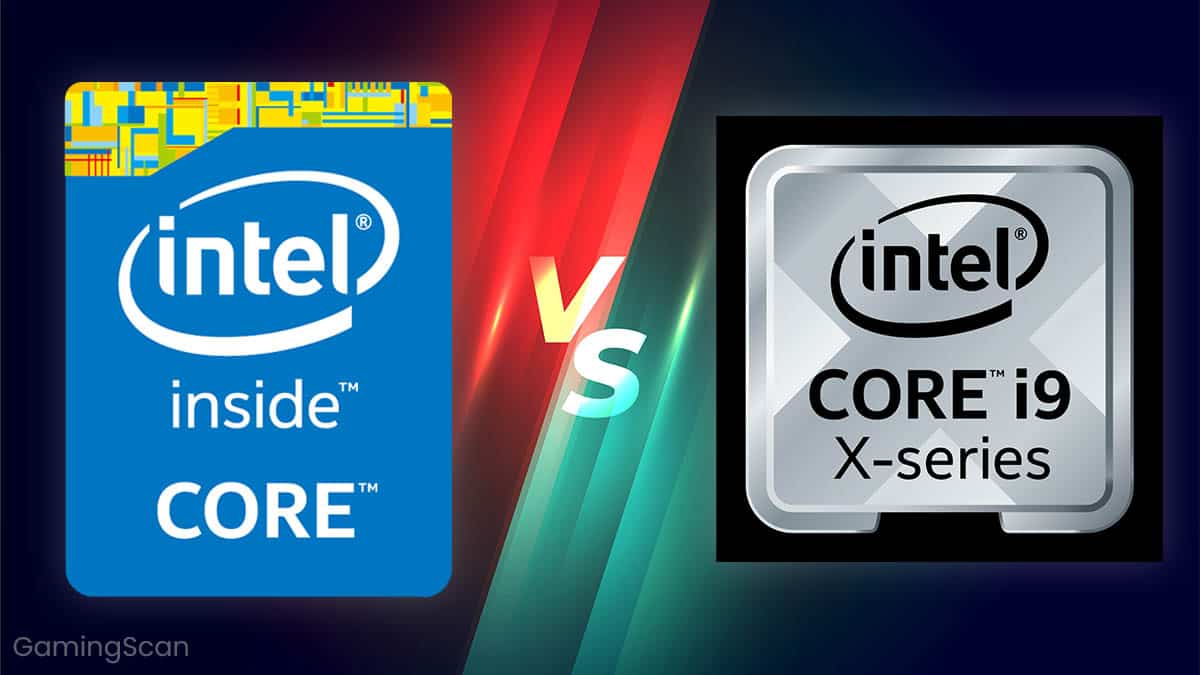 The Intel Core series is a series of mainstream CPUs, whereas, the Core X series is comprised of more expensive high-end solutions aimed mainly at enthusiasts and professional users.

Overall, Intel Core CPUs offer much better value for most users as far as gaming is concerned.

If you’re putting together a brand-new gaming PC in 2023 or are only looking to upgrade your CPU, you’ll find that there are quite a few CPU lineups and brands floating around at the moment, so it’s easy to get confused as to how some of them differ from one another.

This is precisely the case with Intel’s Core and Core X series of CPUs, and in this article, we’ll quickly go over how these two brands differ and which is ultimately the better choice for gaming.

The Intel Core series is a series of mainstream desktop and laptop CPUs that goes back to the mid-2000s when the original Intel Core Solo and Intel Core Duo processors were released. A few years later, in 2008, Intel rebranded them and divided them according to their performance and pricing as follows:

However, almost a decade later, in 2017, Intel released the first Intel Core X CPUs that were to succeed their Intel Core i7 Extreme lineup as their enthusiast and workstation-oriented product series. It was with the Core X series that Intel introduced the first Core i9 models, although not all Core X CPUs were branded as i9, and, today, i9 CPUs are also a part of the mainstream Core lineup.

That said, the question still remains – what exactly is it that sets the Core X models apart?

To make things as simple as possible, there have been three architectures that Core X CPUs have been based on so far: Skylake-X, the short-lived Kaby Lake-X, and Cascade Lake-X. These included both i7 and i9 CPUs, as well as a single i5 model, though all the Cascade Lake-X models currently available are branded as i9.

When the mainstream Core series is concerned, the i9 brand has only been introduced in 2019 as part of the refreshed Coffee Lake-S lineup and is present in the new Comet Lake-S lineup, too.

Now, when comparing Core and Core X CPUs side by side, the main factors to consider are the performance, the pricing, and the socket that these CPUs use.

The Core X solutions are the powerful, expensive high-end CPUs that offer more cores than their mainstream counterparts, and they all use the LGA 2066 socket. The exact core counts varied over the years, but they were always ahead of the mainstream Core CPUs that were released around the same time, plus they all featured hyperthreading. As for the prices, they ranged from about $400 to as high as $2000.

On the other hand, the mainstream Intel Core processors currently feature everything from affordable Core i3 budget CPUs to some very powerful Core i9 solutions, ranging in price from some $100 to $500. Moreover, all of the Intel Core CPUs used Intel’s mainstream LGA 1151 socket up until recently, as the new LGA 1200 socket is now succeeding it.

Intel Core vs Intel Core X – Which Is Better For Gaming?

With all of the above out of the way, it’s obvious that the Intel Core X CPUs offer more overall processing power and that they have higher core/thread counts compared to the mainstream Core models that were released around the same time.

For example, if we take a look at the latest upcoming 10th generation Comet Lake desktop CPUs, the cheapest i3 models offer 4 cores and 8 threads, the i5 models have 6 cores and 12 threads. The more powerful i7 ones come with 8 cores and 16 threads, all the while the priciest mainstream i9 solutions offer a total of 10 cores and 20 threads. As mentioned above, these CPUs cover the $100-$500 price range.

Meanwhile, the Cascade Lake-X i9 CPUs start at 10 cores and 20 threads and go as high as 18 cores and 36 threads. Needless to say, they offer better performance, but it comes at a price, as they currently start at $600 and go as high as $1000, making them significantly more expensive than the mainstream lineup.

That said, there’s no denying that the Core X models offer better performance, but more cores and greater overall processing power doesn’t equal better in-game performance, nor does it indicate good value when gaming is concerned.

So, are Intel Core X better for gaming than their mainstream Intel Core counterparts? In short, no, and because of several important reasons that we’ll go over below.

The first and most important question is that of pricing and value. As we’ve established, Core X CPUs are significantly more expensive. More importantly, they offer poor value if you’re building a PC that’s intended solely for gaming. Why?

Simply because, when choosing a CPU for gaming, the main thing to keep in mind is that it shouldn’t bottleneck your GPU. If the CPU is too slow to issue instructions, the GPU won’t be working at maximum capacity, and a portion of its processing power will inevitably end up being unused. Just the same, if the processor is more than fast enough for the GPU in question, then it’s the CPU that won’t be working at maximum capacity, and it is the CPU’s processing power that won’t be utilized fully.

That said, pairing a $700 CPU with a $700 GPU won’t necessarily give you significantly better performance than if you were to pair up that same GPU with a cheaper $400 i7 model. You might still see some minor benefits if you were to go with a more powerful CPU, but they are pretty much guaranteed not to be worth the expense.

As such, there is minimal incentive to spend extra on a Core X processor if you’re building a PC that you intend to use only for gaming.

Generally speaking, an i3 is good enough for budget builds, an i5 is a great fit for most mid-range setups, and an i7 will be able to handle the majority of high-end gaming configurations, so there’s no need to go for an i9 unless you also intend on running some CPU-intensive software.

There’s no denying that Core X models have more cores and threads, but all that processing power simply isn’t needed for modern games and most modern GPUs.

On a final note, we should also consider the socket. As we’ve mentioned above, Core X CPUs use the LGA 2066 socket, and we should note that LGA 2066 motherboards are fairly pricey, so that would also be needlessly adding to the cost of the build.

Hopefully, this article has been helpful and has cleared up any confusion regarding the differences between the Intel Core and the Intel Core X series of CPUs.

If you’re shopping for a new gaming CPU right now, check out our selection of the best gaming CPUs of 2023, as you’re bound to find something to suit your needs there. 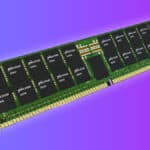