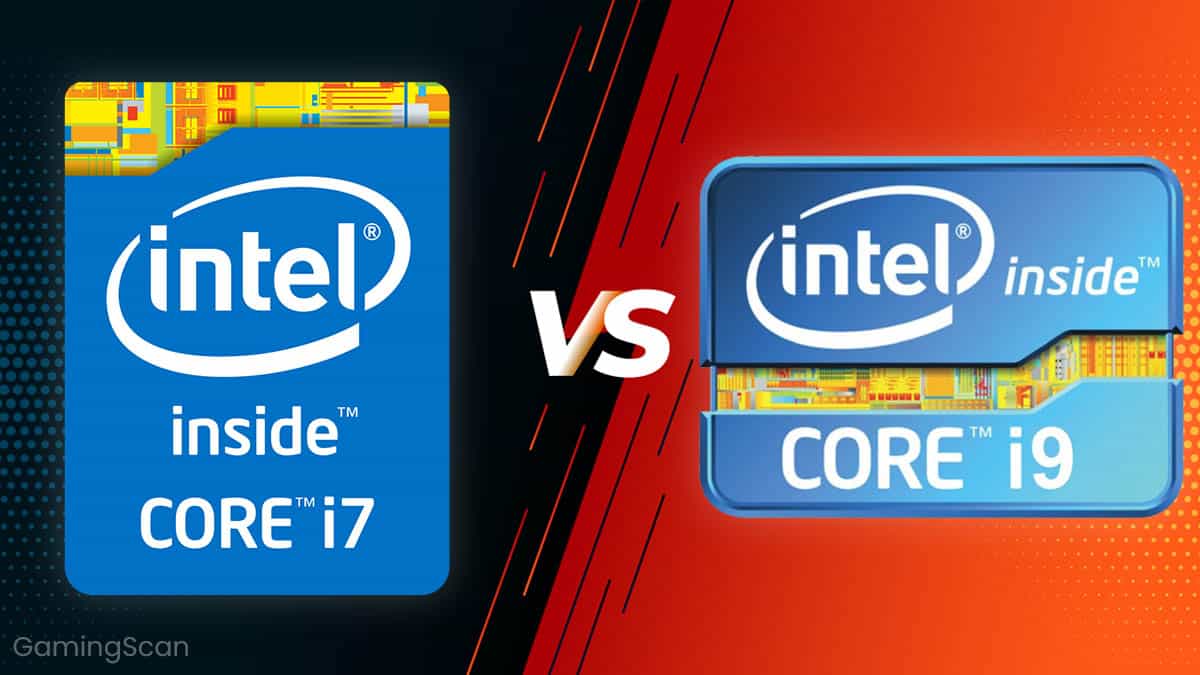 In the vast majority of cases, an i7 CPU would be a better fit for a gaming PC. It’s more affordable and more than sufficiently powerful for most gaming setups.

Meanwhile, i9 CPUs are generally best suited for workstations and servers.

If you’re building a high-end gaming PC, you’re probably confused about how much money you should invest in a CPU. After all, it’s bound to be expensive, so why make it more expensive than it needs to be?

Now, if you’ve already settled on an Intel CPU, we bet you’re wondering about which processor line will be the best fit your needs: the Intel Core i7 or the Intel Core i9?

Related:AMD Ryzen vs Intel – Which CPU Brand To Pick For Gaming

Both are high-end, performance-oriented solutions that you’ll only find in serious builds, but which one is better for your needs?

Read on and find out in this guide.

One of the first things that you’ll notice about a CPU is its core count. Mainstream desktop CPUs have had a high number of cores for a while now, so what does a higher core count mean and how much should you care about it?

If we look at the latest 9th generation Intel CPUs, the i7 models come with eight physical cores. Meanwhile, the mainstream 9th-gen i9 models all also come with eight cores, but with a twist.

They also feature hyperthreading: each core can handle two tasks simultaneously, so each physical core counts as two logical cores, or threads, as they are more commonly referred to.

Furthermore, the performance-oriented X-series i7 and i9 models that were designed with high-end workstations and servers in mind all come with hyperthreading and have even more cores and threads. However, if your primary concern is gaming, a $1500 16-core/32-thread CPU won’t exactly catch your attention.

So, how many cores/threads do you need for gaming?

This is not an easy question to answer. Namely, while modern games are optimized to make use of multiple CPU cores, not all of them will use or need as many cores and threads. So, while some will benefit from extra cores, others will simply leave all that extra processing power unused.

Furthermore, most modern games aren’t even that CPU-intensive, and even the weaker i5 or i3 models can handle them, based on which GPU they’re paired up with (see “bottlenecking” below).

So, you shouldn’t worry too much about core counts unless you also plan on running some professional software that would make full use of these capabilities.

Another entry on the spec sheet that tends to stand out is the clock speed. However, much like with core counts, a mere number is hardly a reliable way to estimate actual in-game performance. So, how much do clock speeds matter?

Well, a higher clock speed means that the CPU will be able to execute more operations each second, which equates to better performance — on paper, at least. When it comes to actual in-game performance, results are hardly that noticeable.

The latest mainstream 9th-gen i7 and i9 models have base clock speeds that are in the 3-3.6 GHz range, so this shouldn’t be a factor when deciding between an i7 or an i9 model. However, we can’t talk about clock speeds without mentioning overclocking.

As you probably already know, many CPUs can be overclocked. Overclocking (as the name suggests) means pushing a CPU’s clock speed beyond the default factory settings.

This is a great way to get some extra performance out of a CPU, so what should you keep in mind here and is overclocking even worth it in this scenario?

First of all, we should note that not all Intel CPUs support overclocking — only the models marked with a “K” at the end of their model number are unlocked and can be overclocked safely.

We put the accent on safely since there are still ways to overclock non-unlocked CPUs, though this is generally not recommended unless you know what you’re doing.

Now, there are both unlocked and non-unlocked i7 and i9 models out there, but the i9 models tend to have the upper hand in this regard, as they can generally reach higher maximum clock speeds.

However, much like with the extra cores/threads, the advantage of these additional few hundred MHz won’t make any significant difference when it comes to gaming.

In any case, overclocking an i7 or an i9 is worth it due to their excellent overclocking performance, not to mention that a proper cooler and some case fans would constitute a relatively minor expense compared to the price of the CPU itself.

Integrated graphics are another notable feature that is present in most of Intel’s desktop CPU lineup, and naturally, their high-end offerings are no different. However, since the latest i7 and i9 CPUs all use Intel UHD 630 integrated graphics chips, there is no detectable difference in graphics performance.

Of course, integrated graphics aren’t exactly a top priority in a gaming PC anyway, but they can make for a good backup in case there’s a problem with the GPU.

We’ve said it before, and we’ll repeat it: the GPU is the most crucial component in a gaming PC. That said, if you’re building a gaming PC, your primary concern when picking a CPU should be whether it is fast enough to keep up with the GPU you’ve got your sights on.

Namely, if the CPU is slower than the GPU, the GPU won’t be utilized to its full potential, and that’s what we call bottlenecking. Luckily, it’s easy to avoid any significant bottlenecking by simply taking a quick look at a bottleneck calculator such as this one. Understandably, these can’t provide 100% accurate results, but they can offer a reasonable estimate.

Now, the latest i7 CPUs won’t have much trouble even with the most powerful GPUs currently available, so the only reason why you might want to go with an i9 for gaming is if you intend to have multiple powerful GPUs.

And if the graphics card that you plan on getting is a more modest solution, perhaps a weaker i5 model could offer better value for your money.

Something that we should also note when comparing i7 and i9 CPUs is the CPU socket.

Namely, while all the latest mainstream desktop CPUs use the LGA 1151 socket, there are still i9 and even some i7 models that use the larger LGA 2066 socket instead — these are the workstation and server-oriented models we have previously mentioned.

So, is there any reason to go with an LGA 2066 motherboard if you’re a gamer? Well, not exactly.

As we have already established, an i7 will be quite sufficient even when paired up with the most powerful mainstream GPU available at the moment. Meanwhile, the CPUs that use the LGA 2066 socket are extremely expensive (many cost as much as an entire PC) and you just won’t need all that horsepower in a gaming machine.

With all of the above in mind, it’s fairly evident that an i7 would be the ideal pick for the vast majority of gamers. Unless you plan on cramming multiple high-end GPUs into your PC or you also need to use some very CPU-intensive professional software, then an i9 would simply be overkill.

What’s more, even an i7 would be an overkill in many cases, as i5 models are generally a more affordable and cost-effective choice for most mid-range and upper mid-range builds.

Not only would you notice little to no loss in performance, but the money that you’d save by going with an i5 instead of an i7 might let you put some extra money towards other components.

But of course, if you also intend to use demanding professional software such as Adobe Photoshop or Adobe Premiere, you could benefit from having a beefier CPU. If not, then a cheaper CPU could very well be a better choice. In any case, check out our CPU buying guide for some of the best picks! 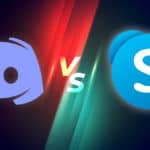 Discord vs. Skype For Gaming – Which One Should You Choose?
Related Topics Tags