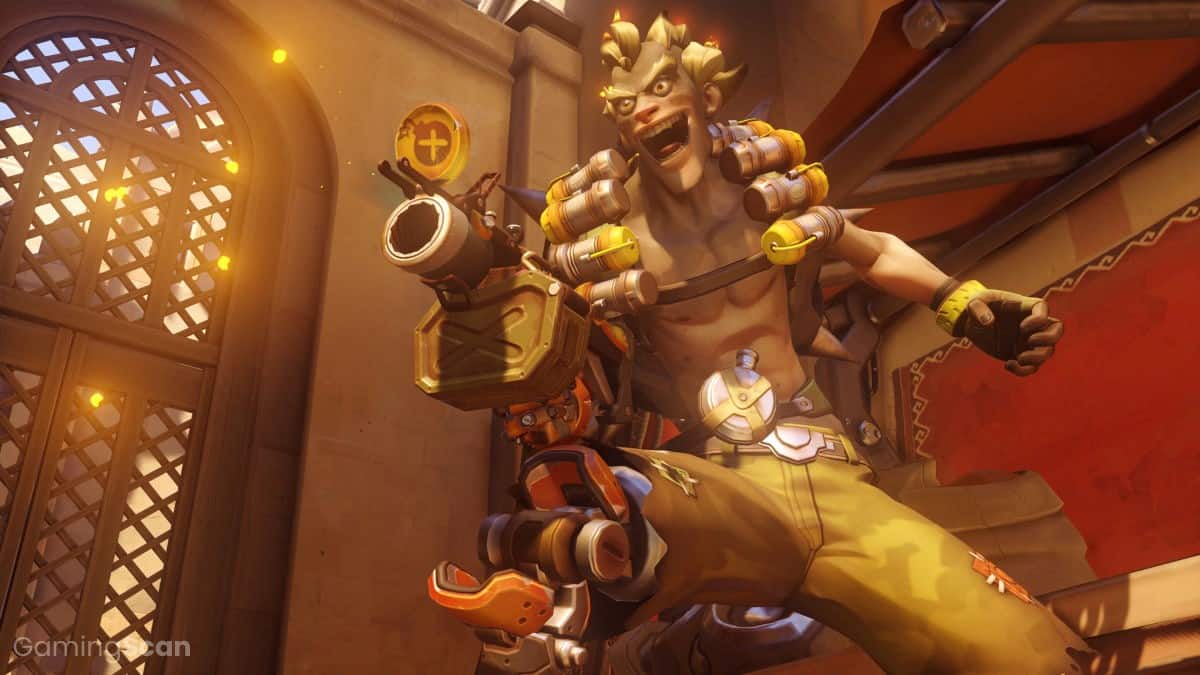 Junkrat is one of the more versatile heroes in Overwatch, capable of dealing high damage and holding down areas with his traps and concussion mines.

In this Overwatch Junkrat guide, we’ll highlight the best tips, tricks, and strategies for playing as the chaos-loving demolitionist.

As a DPS hero, Junkrat’s main purpose is to apply pressure to the enemy team while racking up as many kills as possible.

This can be easily achieved by actively using his abilities and spamming his grenade launcher as much as possible, though positioning is just as important.

Like many heroes, Junkrat’s abilities have some creative applications that can be used to your advantage, even after the enemy kills you!

Below, we’ll go over each one in a bit more detail and offer advice for using each one to its fullest potential.

How To Use Frag Launcher

Junkrat’s primary weapon is a somewhat slow-firing Frag Launcher that deals 120 damage on direct hits and 10-80 splash damage depending on the target’s distance.

Unlike most heroes’ weapons, Junkrat can bounce his projectiles off walls, ceilings, and pretty much any viable surface, allowing him to bypass shields and hit from unique angles.

For Junkrat to be most effective, you should constantly be lobbing grenades at areas you either know the enemy is occupying or believe they will move too soon.

When dealing with enemies who are shielded (i.e., Reinhardt, D.Va, Orisa) or out of your line of sight, get creative by ricocheting your grenades off walls and adjusting your position.

How To Use Concussion Mine

The next ability in Junkrat’s kit we’ll be covering is his Concussion Mines, which stick to any surface and can be remotely detonated.

Mines deal 30-120 damage to their targets based on their position, and Junkrat can carry up to two mines as long as neither are on cooldown.

In addition to dealing damage, mines will cause Junkrat and any other enemies within its radius to get knocked into the air at a 45-degree angle upon detonation.

They work best when used as a secondary means of damage during active combat, to disrupt the enemy team’s positioning, or in combination with Junk’s Steel Trap.

How To Use Steel Trap

It’s easy to write-off Junk’s Steel Trap simply due to the fact that it can be destroyed by other players and immediately loses its value if placed in a bad spot.

Anytime an enemy triggers the trap, they’re stunned for 1-second and unable to move for 3-seconds, allowing Junkrat and his teammates to finish them off before they can escape.

In that respect, they’re a great precautionary measure that can save Junkrat from flankers like Genji and Tracer who love to infiltrate teams’ backlines.

They’re also effective when placed around the payload or any areas where the enemy team is grouped up, maximizing your chances of trapping an enemy player.

How To Use Total Mayhem

In the unfortunate event Junkrat dies, he can still get the last word with his passive ability, Total Mayhem.

Upon death, it causes Junkrat to drop six live grenades that deal 50 damage per frag in the spot he was killed.

This has the obvious bonus of finishing off an enemy who was at low health before they killed you, though most players will be aware and try to get away.

If you’re bold enough, you can intentionally get on top of the enemy team and spam damage until you’re eliminated, leaving a wake of live grenades that can take out low-health enemies.

How To Use Rip-Tire (Ultimate)

Junkrat’s Ultimate sees him revving up a motorized tire bomb before steering it towards the enemy for anywhere between 50-600 damage depending on how close the enemies are upon detonation.

Junkrat is left immobilized during this time and can easily be killed, though this won’t stop the tire from being active.

However, the tire itself can be destroyed by enemy fire, so players should take advantage of hidden paths and climb over walls to avoid detection until they’re within close proximity.

While it’s tempting to go for massive 4-5 stack kills with Junk’s Rip-Tire, you have a better chance of getting 1-2 picks consistently, so try not to get too greedy.

Junkrat is good for bursts of damage and has a naturally unpredictable playstyle that makes it hard for other heroes to keep up.

The fact that his Concussion Mines can be used as both a weapon and escape measure means he can afford to get right in the enemy’s face and still survive.

Although he should have no problem fitting in with most team comps, some heroes are better at synergizing with Junkrat than others, so let’s briefly go over the most relevant ones.

Which Heroes Combo Best With Junkrat?

As versatile as Junkrat is, he has a few glaring weaknesses that can be easily exploited by players who know what they’re doing.

For one, he’s not viable at dealing long-range damage, which makes him weak against snipers like Hanzo and Widowmaker, as well as enemies who spend a lot of time in the air (i.e., Pharah and Echo).

With that said, there are other ones to watch out for as Junkrat; keep this in mind and consider switching off if you find yourself getting killed by the following heroes.

Which Heroes Does Junkrat Struggle Against?

Hopefully, you walk away from this guide having learned something new about Junkrat and how to use him to his fullest potential.

In the right hands, he can keep choke points on lock and deny enemies from gaining the upper hand, though, like any hero, Junkrat needs a team backing him up.

To wrap things up, we’ve gathered a few more general tips to keep in mind during your Junkrat matches, both casual and competitive. 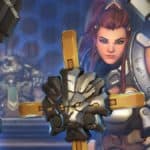