Capcom has done a fine job supporting what has become the publisher’s best-selling game, Monster Hunter: World, with a steady stream of post-launch content and seasonal events.

Since the game’s 2018 release, we’ve seen new monsters added such as Lunastra, Kulve Taroth, and Deviljho, giving players new challenges to face and more powerful gear to craft. Collaborating with popular properties like The Witcher, Final Fantasy, and Devil May Cry has also played a role in keeping Monster Hunter: World feeling fresh even for players with hundreds of hours logged.

With the announcement of Monster Hunter World: Iceborne, a massive expansion that will transport hunters to a new arctic ecosystem brimming with life, players will have another opportunity to prove themselves and battle tough new monsters in an area twice the size of World. With Iceborne’s release just on the horizon, we thought we’d share everything we know about the upcoming game. We’ll be updating this story in the future, so make sure to check back.

First revealed in 2018, Monster Hunter World: Iceborne is slated to release on September 6, 2019, for PS4 and Xbox One with a winter release planned for PC. You can currently pre-order Iceborne as a standalone game for those who already own Monster Hunter: World or via a bundle that includes both the expansion and the base game. 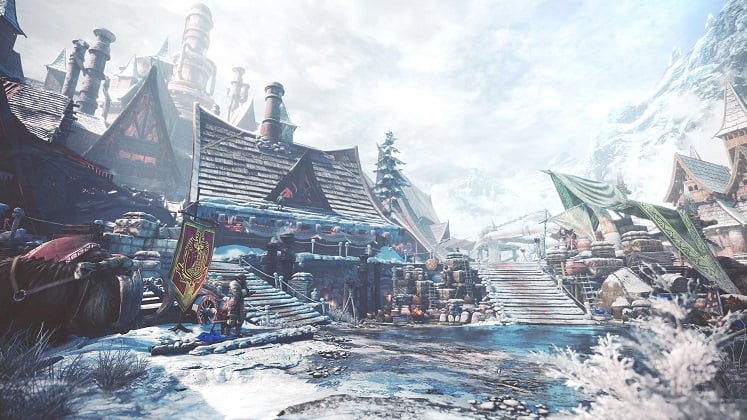 Iceborne sees players traveling to a new area called the Hoarfrost Reach, an unexplored landmass that’s locked beneath snow and ice. After a flock of Legiana is spotted fleeing the Ancient Forest and heading towards the mysterious new region, the Research Commission decide to follow in pursuit. They discover that the region is home to a number of creatures which have never been seen before.

The Commission has set up a new headquarters, Seliana, for investigating the Hoarfrost Reach and its many wonders. Seliana features all of the same facilities you’re familiar with from Astera, including the Ecological Research Center, the Smithy, the Resource Center, and more. Additionally, the new base’s layout was designed with accessibility in mind, ensuring you spend less time traveling between stations. 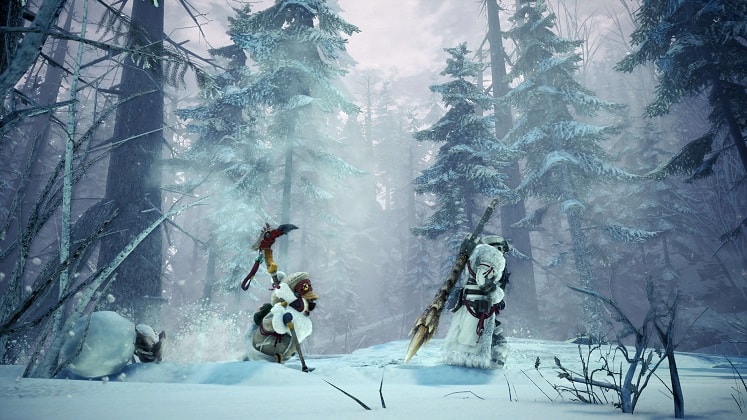 As a hunter, it’ll be up to you to help research the Hoarfrost Reach and uncover its many mysteries. However, you won’t be alone as the following characters play key roles in shaping your adventures in Iceborne. 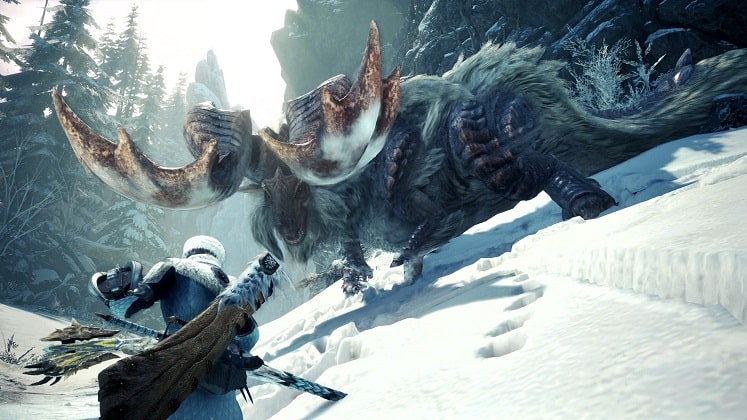 Hoarfrost Reach is a massive area with many hidden areas that players will have to investigate in order to uncover. Environmental hazards, such as waist-deep snow, narrow passes, and icy walls will add a layer of difficulty to your journeys. Picking hot peppers will allow you to craft “hot drinks,” refreshing beverages that help stave off the cold.

Of all the dangers you’ll face, the monsters of the Hoarfrost Reach will prove to be the most challenging. Iceborne will see the return of creatures from previous MH entries as well as some new ones:

A new Elder Dragon and the main antagonist in Iceborne. Velkhana uses an array of chilling attacks that can be tough to deal with. It has the ability to coat itself in icy armor, drop massive icicles on the player, and unleash icy blasts capable of freezing anything in its path.

A flying wyvern straight out of prehistory, Tigrex is known for its deafening roar and powerful charge. Its muscular forelegs allow it to rush towards enemies with immense speed.

A Legiana variant that has adapted to the chilly lands of Hoarfrost Reach. It has the ability to freeze players where they stand by emitting a powerful chill from its tail.

Banbaro uses its two giant antlers to easily tackle hunters and launch anything that gets in the way.

A Piscine Wyvern that loves to bury itself deep in the snow and wait for the perfect moment to ambush its enemy.

An incredibly agile Flying Wyvern that uses its bladed wings and spiked tail to unleash devastatingly-powerful attacks. Keeping your distance isn’t really an option since Nargacuga’s strong legs allow it to jump across great distances with ease.

Glavenus is a Brute Wyvern that uses its razor-sharp teeth to heat and sharpens its enormous dagger-like tail.

Barioth uses its fangs and claws to effortlessly run through patches of snow. Its icy attacks are brutal enough to surprise even the most experienced of hunters.

A Brute Wyvern that fights by covering its stumpy fists and sharp horn with explosive slime.

A Fanged Wyvern with lightning coursing throughout its fur. It becomes ten times deadlier once it reaches a supercharged state.

An Elder Dragon with the power to command water, using it as both a shield and weapon against enemies.

A Glavenus sub-species with a sulfur-coated tail that can eat through enemy armor.

An Anjanath sub-species that replaces its fire attacks with bursts of electricity.

A Paolumu variant easily identified by the dark markings on its body. It uses pockets of sleep dust on both its tail and wings to put enemies in a deadly slumber.

A Tobi-Kadachi sub-species with an affinity for poison. It’s fast speed allows it quickly bombard enemies with plumes of noxious gas.

A variant of Pukei-Pukei that swaps out poison in favor of water attacks. It can unleash a powerful burst of water from its tail, inflicting any hunter hit with waterblight.

Will be included with the first free Iceborne update in October 2019. Rajang is a highly-aggressive Fanged Beast that’s appeared in previous MH entries. It has the ability to knock hunters off their feet using its tremendously strong arms and is known to turn gold when angry.

These new and returning beasts will require players to form new creative strategies to defeat them; to aid you on your journey, Iceborne will introduce an array of new tools and maneuvers. 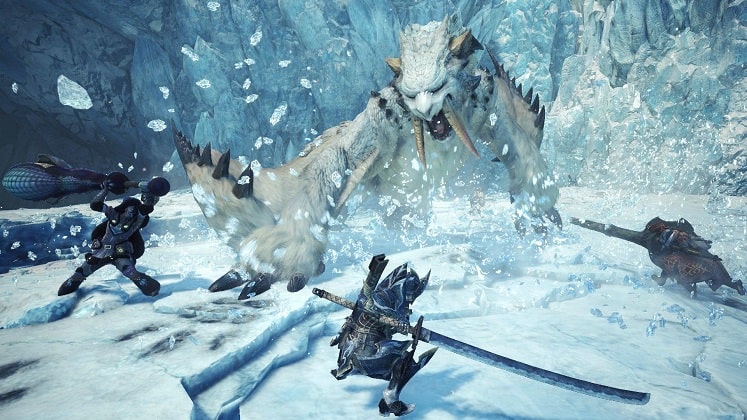 Lastly, Iceborne will introduce a new system that scales difficulty based on the number of players in a squad. Up until now, monsters would be given one of two health pools: the standard amount of HP for solo hunts or roughly double HP for two or more players. This made completing hunts with two/three-player squads drag on for far too long.

Thankfully, Capcom is addressing this issue by adding a new health pool that falls somewhere between the original two. Additionally, it will adjust automatically if say, someone from your squad was to disconnect mid-quest. The feature will be added alongside the release of Iceborne, however, it will be available in vanilla Monster Hunter: World as well. 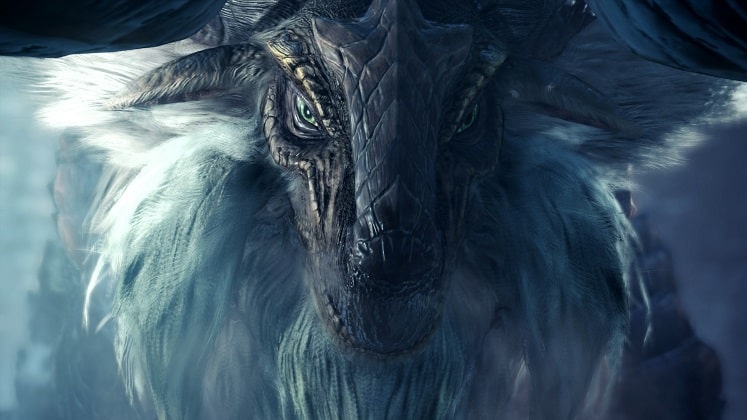 Capcom has remained consistent in supporting Monster Hunter: World post-release and Iceborne will no doubt be their most impressive update yet. We’re eager to see what formidable beasts lurk within Hoarfrost Reach’s snow-covered lands when Monster Hunter World: Iceborne launches later this year.

Looking for something to hold you over until Iceborne’s release? Check out our curated list of the Best Games Like Monster Hunter.