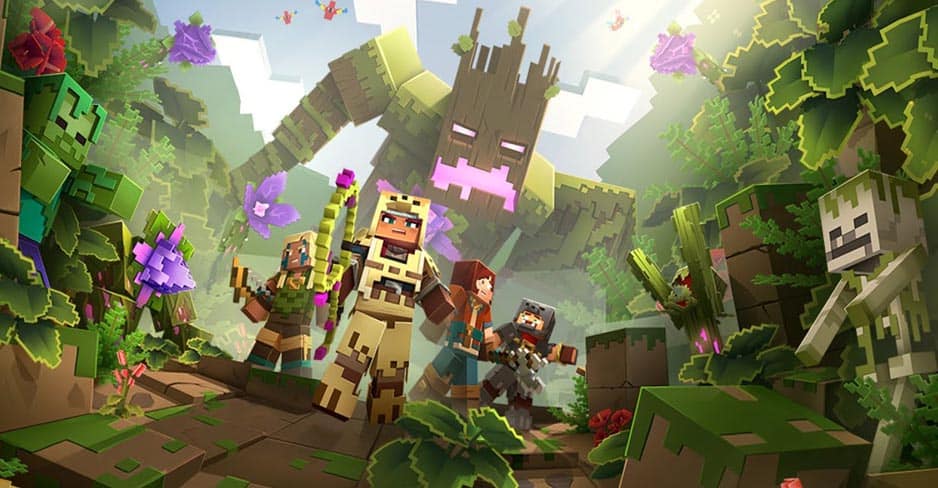 Minecraft Dungeons is an excellent introduction to dungeon crawlers that maintains the blocky aesthetic of Mojang’s creative survival sandbox.

However, if you’re unfamiliar with the genre, it can take some time to figure out how to get started.

In this guide, we’ll cover all the basics for playing the game, including combat tips, how to increase your power level, and how to find better gear.

Thankfully, Minecraft Dungeons is about as welcoming as dungeon crawlers come, so you should be hacking and slashing your way to victory in no time.

How To Equip Weapons

Like many dungeon crawlers and ‘looter shooter’ type games, Minecraft Dungeons is all about seeing the numbers on your gear go up. At first, you’ll be burdened with common weapons, armor, and artifacts until eventually getting more powerful, rare loot to drop. To equip a weapon, pull up your inventory menu and select the item you wish to use.

You should always try to equip gear with the highest power level, even if you prefer a different weapon or armor set. This will allow you to get comfortable with different playstyles and ensure you’re dealing the most damage possible at all times. Additionally, we recommend dismantling any duplicates or low-level gear as soon as you can, since doing so nets you some emeralds.

How To Win Fights

Minecraft Dungeons doesn’t feature a traditional class system, meaning you’ll have to use every part of your arsenal if you plan on winning fights. Therefore, we recommend using both ranged and melee weapons in combination with artifacts to get the job done. There are a variety of artifacts with different uses ranging from buffs to healing to spawning companions, and you can equip up to three, so find a setup that fits your playstyle.

The effectiveness of arrows should also not be ignored. Aside from dealing damage, they can momentarily stun mobs and knock them back, reducing your chances of getting overwhelmed and allowing you to escape if need be. Arrows can also be great for dealing with annoying ranged mob types such as Skeleton Archers and Geomancers. Try firing a couple at mobs as you approach them before finishing up with a close-range attack.

Later in the game, you’ll be introduced to a new mob type called Enchanters, who use magic to buff other enemies. We recommend taking them out as soon as you spot once since they can make fights drag on and often lead to your death.

Lastly, you may have to change your approach if you find your current strategy isn’t working for a particular mob type or boss. Don’t be ashamed if you have to retreat to stay alive, even if you’re playing with friends and especially if your healing potion is still on cooldown.  Sometimes, the best decision is to get a couple of hits in before running to safety.

How To Use Your Map

It’s easy to get wrapped up with battling mobs and saving villagers, but remember that exploration is also a big part of Minecraft Dungeons. Levels are filled with hidden chests, entrances, and secret runes just waiting to be discovered. Chances are you’ll have to replay levels more than once to find anything you may have missed, but you can make things easier by frequently checking your map.

There are two kinds of maps you can pull up while playing a level, an overlay one and a full-size one. The overlay map provides an outline of the level and allows you to see where you’re going in real-time. To pull it up, press down on the D-pad.

To pull up a full-sized map, press and hold down on the D-pad until it shows up on your screen. This version is a lot more detailed than the overlay and will reveal how many regular and secret chests there are in the level. Keep in mind that to get invisible chests to appear, you’ll have to be within close proximity.

In general, it’s wise to take your time exploring the map, since the game typically rewards you for venturing off the beaten path. Your waypoint marker is programmed to guide you to the quickest route, and will sometimes skip past hidden areas, so it’s not always to be trusted.

How To Use Emeralds

Along with random loot, Minecraft Dungeons throws plenty of emeralds your way throughout each level.  You can earn emeralds by defeating certain mobs, breaking vases, and salvaging gear in your inventory. Any emeralds you’ve collected can be spent at one of two shops located at your campsite.

The Blacksmith will appear at your campsite after you’ve completed the Creeper Woods level for the first time. In exchange for emeralds, they’ll sell you a random weapon or armor set scaled to your current power level.

The Wandering Trader will set up shop after you’ve completed the Pumpkin Pastures level for the first time. In exchange for emeralds, they’ll sell you a random artifact scaled to your current power level.

These are currently the only two areas where you can spend emeralds, so don’t hesitate to roll the dice on some new gear anytime you have enough money. Remember that while purchased gear will be scaled to your character, the higher your power level, the higher the vendor cost. To keep up with demand, refer to our emerald farming guide.

How To Use Enchantment Points

Up until this point, we haven’t covered Enchantment Points and how they fit into progression. Every weapon and armor set can be upgraded to unlock new skills or buffs tailored for different strategies using Enchantment Points. You’re awarded one Enchantment Point every time you level up, meaning you’ll have a limited amount in the early goings.

Thankfully, any points you’ve invested in a weapon or armor set are instantly returned upon salvaging said piece of gear. You can spend Enchantment Points from the inventory menu, and depending on the rarity of your gear, you might be able to unlock multiple enchantments. To see which enchantments you’ve unlocked, select the item and look in the lower right section of the screen.

How To Replay Levels

The more you progress in Minecraft Dungeons’ story, the higher the difficulty for each new area. Since the rarity and power level for any loot you find is directly tied to an area’s overall level, it’s critical you play at the appropriate difficulty.

Play on difficulty that’s too low, and you’ll easily breeze through an area but won’t get better gear. Aim too high and you’ll risk dying before you can even make it to the end of the stage. To make things simpler, we recommend beating the story on lower difficulties the first time around since each level is meant to be played several times anyways.

Once you’ve mastered the flow of combat and managed to take down the Arch Illager for the first time, try bumping up the difficulty and grinding for rarer gear. This isn’t as much of a slog as other dungeon crawlers since Minecraft Dungeons uses a mix of preset and procedural generation to determine level layouts and rewards.

You’ll notice that while levels may play out similarly, many of the mobs, loot, and chest locations you encounter will be different. Try to focus on levels with tougher enemies for the best chance of spawning powerful gear. Lastly, you can get a brief breakdown of the rewards each level has to offer by looking at its details in the level select menu. 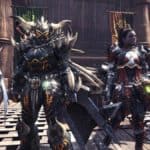