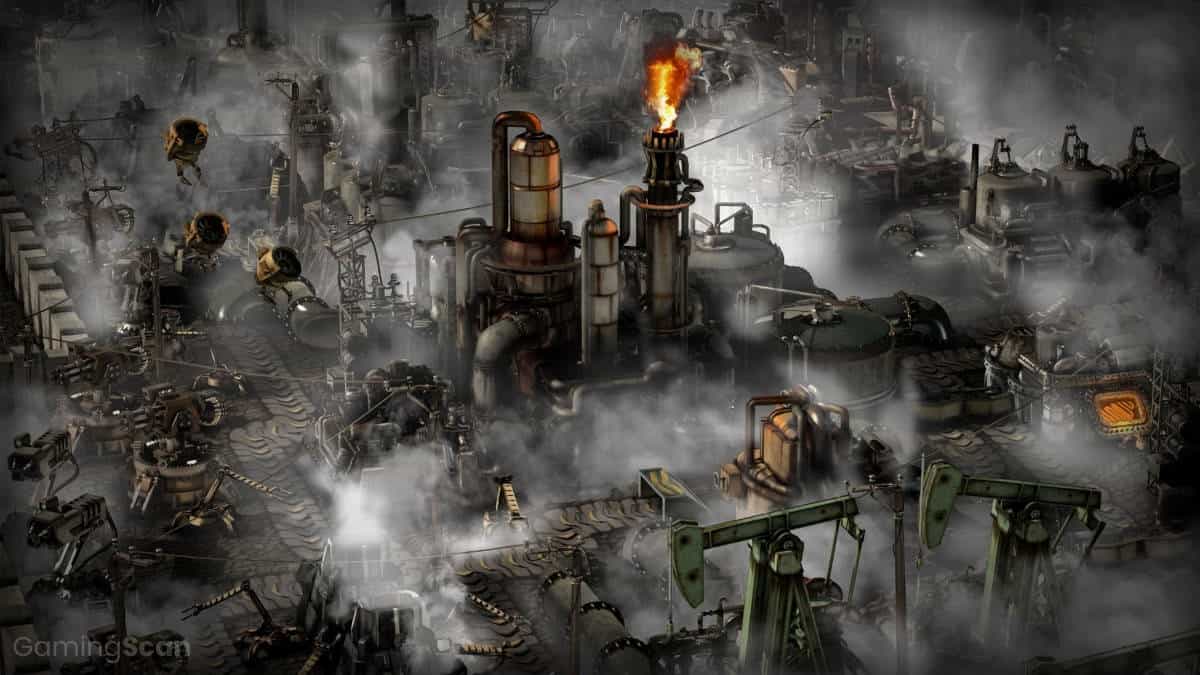 Factorio gives players the tools to tap into their imagination and design complex factories that prioritize automation and efficiency.

The game’s unique blend of base-building, strategy, and survival game mechanics makes for satisfying and addictive gameplay that can be hard to walk away from.

Our first recommendation for Factorio fans is Automation Empire, another strategy sim that revolves around automating production lines and building robust factories.

Players start with nothing and, over time, build up a sprawling network of interconnected factories, machines, pipes, and trains capable of transporting resources across each map.

While it’s not as comprehensive as Factorio in terms of features, new tools become available as you progress further and complete each map’s challenges.

By the late game, you unlock mine carts, robot drones, trucks, and even cargo rockets that can all be combined to turn your production line into a seamless operation.

Hydroneer is hyper-focused on the mining aspect of Factorio’s gameplay while introducing some excellent new mechanics such as terraforming.

This allows players to shape the world around them to create expansive cave networks, quarry pits, and mud mountains in an effort to speed up production and acquire different materials.

It features a modular system for building structures and powering machinery that provides plenty of opportunities to design and optimize your network of pipes to control water pressure.

Resources gathered can be used to craft new material types, weaponry,              and decorations for your bases.

Like Factorio, Satisfactory is emphasizes automated resource management and the never-ending quest for efficiency.

Things start off small until you’re eventually drowning in conveyor belts and assembly lines to the point you forget you can actually make stuff with all your gathered resources.

There are many ways to put your materials to good use, from weapons and tools to buildings and vehicles that unlock new areas to reveal more creatures, resource types, and opportunities to explore.

Currently in Early Access on Steam, the game is well-supported by developer Coffee Stain Studios, who issues rolling updates based on player feedback.

That’s not to say the game is without its challenges, as oxygen and power limitations are constant issues you’ll have to overcome.

What sets Astroneer apart from other base-building games is its Terrain Tool, which allows the wielder to bend the environment to their will.

This has many applications that can benefit traversal, production, and creativity; lastly, Astroneer is continually updated with new explorable planets, cosmetics, hazards, vehicles, and craftable items.

Oxygen Not Included is a challenging space survival sim with a similar degree of difficulty as Factorio.

Players are tasked with establishing and expanding a colony seeking refuge in underground caves on an alien planet where oxygen is extremely hard to come by.

Tasks see you assigning crew members to different stations to keep things running, gathering resources to keep your colonists alive, and researching new technologies to improve your base.

The stakes are pretty high, seeing as one lousy call can easily result in a large portion of your colony getting wiped from existence for good.

Released in 2004, OpenTTD predates Factorio by more than a decade but is technically much older due to the fact the game is an open-source remake of the 1995 business sim Transport Tycoon Deluxe.

In it, players try to earn money by transporting passengers and cargo across long stretches of road, rail, water, and air using a network of land, sea, and rail vehicles.

Over time, towns will continue to flourish and invent new modes of transport, in turn creating new industries and opportunities to maximize production.

And since the game is open-source, players can modify it to their heart’s content or explore an abundance of community-made mods via an in-game content provider.

Space Haven is another colony management sim set in deep space that has you leading a ragtag crew of spacefarers in search of a new home for humanity’s dwindling population.

Like Factorio, the game offers superb base-building potential, letting you build your ship tile-by-tile and fine-tuning the placement doors, walls, and hulls.

Since your crew depends on you, you’ll also have to monitor their needs and provide enough food, medicine, and oxygen to ensure they survive.

As you travel through space, you’ll also encounter random scenarios such as alien invasions, derelict ships, and internal conflicts amongst crew members that can impact their mental and physical health.

If you want a base building game like Factorio with expanded, Stormworks offers an immersive physics playground where you design, craft, and pilot your own air and sea rescue vehicles.

Once you’ve got something you can feel proud about, the game issues you the task of putting it to the test in rescue scenarios with real stakes.

Stormworks’ customization goes beyond just aircraft and submersibles, allowing you to program your own scripts and create unique scenarios to share with other players.

Like Factorio, it offers multiple difficulty options, a robust suite of building tools, Steam Workshop support, and a close-knit community.

Similar to Factorio, RimWorld features a near-perfect blend of base-building, survival, and strategy game mechanics with plenty of room for customization.

In it, you pick from several biomes before crash-landing with a team of colonists on a randomly generated alien planet.

Your colonists have physical and emotional needs that must be met in order for your community to flourish, including providing enough housing and expanding your base when necessary.

Its deeply-rewarding gameplay loop is further complemented by an AI-driven storyteller known for its hilariously morbid and ridiculous gameplay scenarios.

If you’re a fan of games like Factorio, you may enjoy Mindustry, a similar resource management game with an emphasis on tower defense combat.

Players are tasked with placing and connecting conveyor belts to transport ammo, produce materials, and build turrets to defeat waves of enemies.

A powerful map generator tool allows you to create unique environments, modifying the shape of the terrain, where precious ores appear, the placement of rivers, and even enemy formations.

It also features a wide selection of customizable game rules and tools that keep the experience feeling fresh long after you’ve beaten the campaign.

If you’re looking to take your factory-building skills to the next level, then look no further than Dyson Sphere Program, a sci-fi sim that lets you carve out your own galactic industrial empire from nothing.

Set in a distant future with advanced science and technology, you play as a space engineer tasked with building massive star-orbiting structures that absorb energy and turn it into power for planet Earth.

The game uses procedural generation to ensure every playthrough is unique, with differing star types, distributions, planets, and resources to keep your Spheres operational.

DSP emphasizes automated production and interstellar transport, allowing you to dispatch teams to move resources back and forth as well as manufacture materials according to your specifications.

Not for the faint of heart, Stationeers is a hardcore open-world survival crafting game with complex systems and a steep learning curve that dwarfs Factorio’s.

In it, you’re put in charge of building and managing a space station in addition to your character’s basic needs by providing food, warmth, and power to keep everything running.

This is achieved through a combination of resource-gathering and automated production using machines and programmable computers.

Like Factorio, Stationeers provides you with the tools and freedom to decide how your station looks and functions every step of the way; the game also supports online multiplayer. 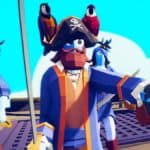