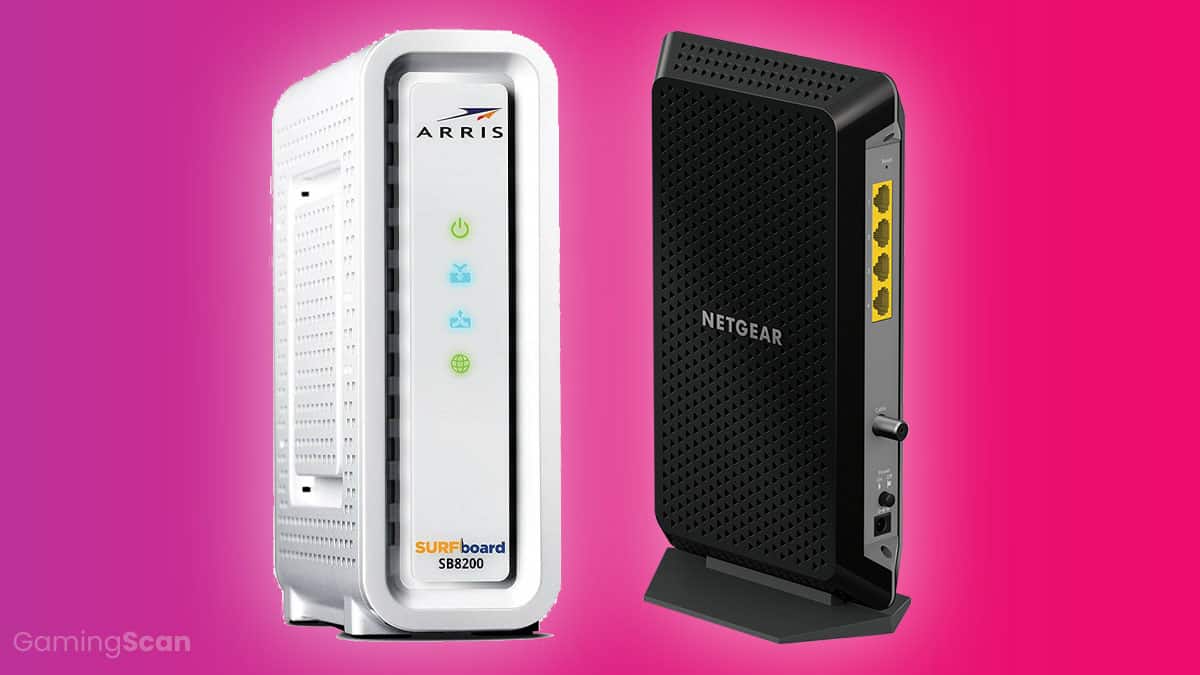 Beyond your PC, your ISP, and your router, there’s your modem. Your modem is the keystone piece that brings everything together with your internet service provider, and without it, online gaming would be nothing more than just a dream.

As such, though you might not think about your modem all that often (unless it gives you issues), it’s an essential part of your gaming setup.

While many wi-fi routers nowadays come with cable modems integrated with them already (this would be a router-modem combo), many of us still rock separate router-modem setups. What’s more, you can upgrade your wi-fi router as much as you want, but if you have an older, slower modem, that upgrade isn’t going to gain you any speed at all.

Do keep in mind, though, that a modem can’t do anything for your speed if your ISP doesn’t provide that level of service. For example, if your ISP only deploys 60 MBPS service to your home, a 10+ GBPS modem, such as one that supports DOCSIS 3.1, will be much more than you need.

Future-proofing is something to think about, of course, as modems can last a long time under proper conditions. However, the price difference is something to consider, too. Cable modems can vary widely in price, speed, and support, so there is always an eternal battle between “will I need this extra performance?” and “is the price worth it?”

In this buying guide, we’ll go over all the things you’ll need to know, such as whether you really need DOCSIS 3.1 compatibility, before buying a new modem for gaming and which modern modems will serve you best for your gaming-related needs.

So, what’s DOCSIS 3.0 and 3.1 all about? You may already know that DOCSIS is the standard of communication speeds that interface over a cable modem. Essentially, this means that a DOCSIS 3.1-compatible modem will be faster than an identical modem that’s only DOCSIS 3.0-compatible.

If you have the extra funds for a D3.1 modem, there’s no reason not to purchase one. After all, as faster internet speeds are deployed to users across the country, you may be able to make use of that increased functionality. However, there’s also the question of whether you’ll be able to make use of that performance before your modem’s technology is outpaced by something better.

In the end, if you have a gigabit internet plan, it’s definitely worth it to invest in a high-quality D3.1 modem to make the most of those speeds. However, if you’re a casual or budget user with a more modest plan, a D3 plan can still get you more than enough performance for most games and activities.

Unless you live in a large household with multiple devices, you shouldn’t need anything near gigabit internet speeds. Additionally, if you tend to perform simultaneous demanding tasks, such as HD video and TV streaming, VR gaming, and online gameplay, you may be able to get closer to those peak speeds, as well.

People who tend to upload or stream large, demanding files can make better use of D3.1 protocol, too. However, all in all, most users need not pay the premium price for D3.1 unless they explicitly desire to do so.

Several different factors go into the final speed of your home’s internet setup. Of course, the technology that you put in your home makes a big difference, but these speeds start at the street with your Internet Service Provider, or ISP.

While the level of service you get from your ISP isn’t always easy to pin down, they will generally give you a range of speeds, or at least a minimum speed, that you can expect to receive. Xfinity by Comcast, for example, offers plans that vary from 60 Mbps up to 2,000 Mbps (2 Gbps), but this number can be higher or lower based on your geographic location.

For most single-member or dual-member households that play moderately-demanding online games, 60 Mbps internet service is usually enough. However, if you live on a crowded street with many of the same ISP subscribers, your speeds may drop during peak hours. This is something to remember when selecting your plan, as well.

Of course, regardless of whether your internet always hits its peak numbers or not, it’s best to purchase a modem and a router with the expectation that your internet will perform up to these numbers.

With how quickly technology grows and develops, it’s best to purchase a modem and router that matches up with the speeds that your internet plan offers. However, if you desire a measure of future-proofing or you plan to upgrade your plan in the near future, you can get something that’s slightly better than what you currently use, too.

Buying a better modem or router than what you need is always okay if you’re willing to spend the extra money. However, buying less than you need is never a good idea, since this can bottleneck your internet speeds unnecessarily. Always make sure you buy a cable modem that meets or exceeds the rates that your ISP currently provides.

The Best Cable Modems For Gaming

Among the cable modems we’ve looked at for this buying guide, we’ve explored both D3 and D3.1-compatible modems. Additionally, keep in mind that cable modems, like wi-fi routers, tend to be listed in “lines” of devices rather than individual models.

As such, if you like one model, but you don’t need the level of performance it provides, you can easily downgrade to something a bit more modest (and less expensive). We’ve made sure to note the downgraded versions of the modems in this lineup, too, though we list the most powerful option of each line in the table above.

Despite being from the same line of devices, the three routers above have some fundamental differences. For one, while these routers all work with all major ISPs, the CM3024 has a known bug with Xfinity service that can cause cycling issues. As such, it’s best not to purchase the CM3024 for use with Xfinity.

Also, note that the budget model, the CM3008, is a space-saving modem model. If you have very limited space for your modem, this one should definitely be on your list.

The Netgear CM1200 is Netgear’s Premier D3.1 modem model. As such, it’s one of their most expensive options, but it will also give you the best performance of all of their modem models. Of the two D3.1 models that we’ve looked at in this guide, this one has some specific strengths and weaknesses.

For one, do note that some of the modems in this lineup also suffer from the incompatibility with Xfinity services that the CM3024 also suffers from. These issues stem from firmware issues with the Puma 6 chip used in these modems. Any of the models without the Puma 6 chip should operate just fine.

However, another thing to keep in mind about these Netgear devices is that they only feature a three-month warranty. An extended warranty from Netgear is an extra fee, and many customers report modem failures that happen shortly after warranty expiration. Far more people enjoy and praise the modem, of course, but it is something to consider.

This particular line of modems comes quite a few performance tiers, and there are several with integrated voice capability, too. In order from most to least expensive, they are as follows:

The Motorola MB8600 is rated for internet plans up to 1 Gbps, and can provide more than 6 Gbps speeds over wi-fi and ethernet. Additionally, this model has both D3.1 and D3 capability, making it an excellent future-proofing option. It also has 32 downstream channels and 8 upstream channels for maximum performance.

Do note that the MB8600 is slightly different in that it’s meant for Gigabit internet plans only. As such, it’s only certified for Xfinity and Cox service. The other modems in this line work with more ISPs. The MB8600 is also the only DOCSIS 3.1 model in its lineup.

Like our other models, the Motorola MB8600 has several models to choose from. Aside from the MB8600, which we already described above, they are as follows (from most to least powerful):

Motorola also has an MG line of devices that contain built-in routers for a slightly larger expense, too, if that’s what you’re looking for.

ARRIS SURFboard models have been long-time favorites among gamers, despite ARRIS’ questionable customer service. ARRIS was quick to react to the faulty Puma 6 chip that Linksys and Netgear have been having so many issues with, for example. Additionally, the ARRIS model modems are reliable and sturdy, if a bit aesthetically ugly.

Among available ARRIS modems in this lineup, you have the following worthwhile options to choose from:

The SB8200 is the only DOCSIS 3.1 option in this lineup – the rest is DOCSIS 3.0. While these modems tend to be quite reliable, they have one fatal flaw, especially in the SB8200: this modem requires different signal attenuation levels than some providers, such as Xfinity, offer by default.

As such, these incompatible signals can cause power cycling and internet issues during peak hours. However, with the use of an attenuator or noise reducer, this modem should work just fine.

So, with so many things to look at, what’s the best modem for your needs? Well, as far as high-quality gaming modems go, your best option would be the Arris line.

This is both because the SB8200 offers the highest advertised speeds in our lineup (though you’re unlikely to reach these speeds) and because, despite some attenuation errors, they are long-lived and reliable. As such, we would definitely consider this a premium option.

As far as budget options go, we recommend looking at the Netgear CM line. While some of the Netgear routers can wear out in a short time, their cheaper options, such as the CM400 and CM500, are inexpensive and easy to set up.

As such, even if these modems wear out after a short time, they were inexpensive to begin with. They’re an excellent space and budget-saving option because of this.

Unfortunately, because of the unpredictability of this technology and modems in general, we can’t say there is an all-around best option among the modems listed here. Any brand is going to have a risk of failure or issues.

However, if you are looking for a budget option, Netgear is an excellent way to go; if you’re looking for something a bit more high-quality and expensive and are willing to troubleshoot the attenuation a bit, try Arris instead. 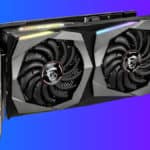