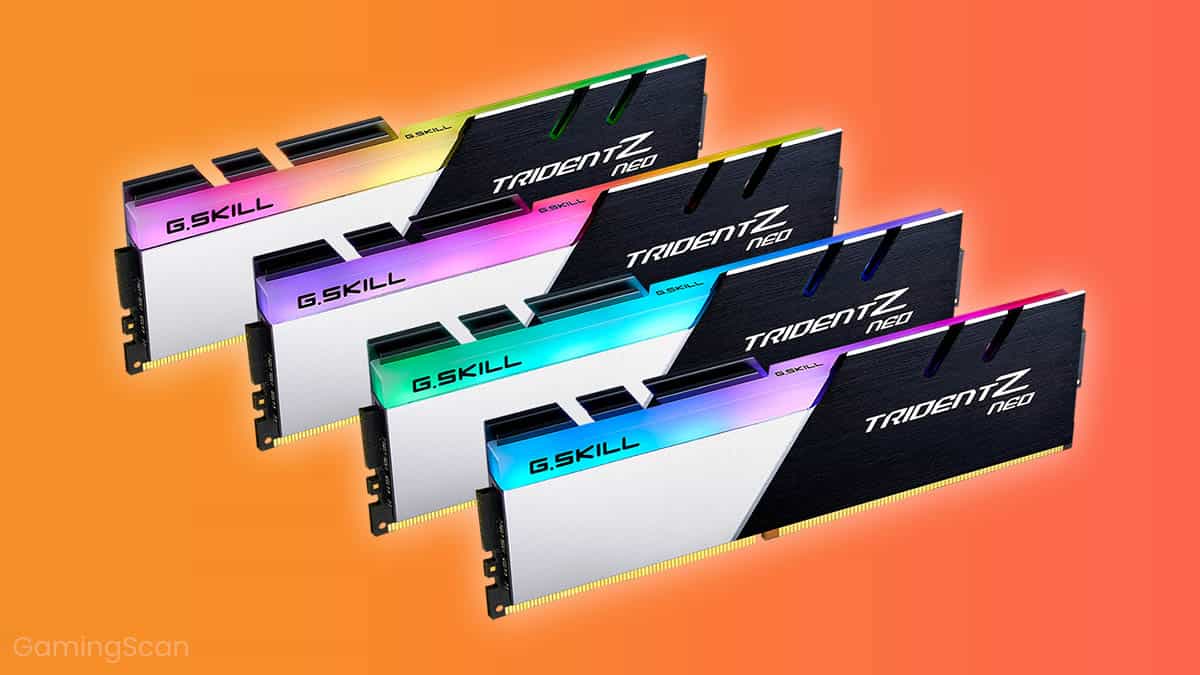 When we say RAM, it’s not always clear from the get-go what we mean. DDR4, DDR3 and DDR5 are, after all, protocols or generations of RAM.

It’s crucial to pay attention to the RAM specification on your computer because every few years, a new generation of RAM becomes the accepted standard.

We’ll explain all about the differences between these RAM protocols in the sections below.

The Evolution Of RAM

DDR itself stands for Double Data Rate. Technically, when you’re referring to a RAM stick, the full nomenclature is Double Data Rate Synchronous Dynamic Random-Access Memory. However, we abbreviate that to DDR SDRAM.

DDR (or DDR1), of course, was the first generation of upgraded RAM. Before, RAM was Single Data Rate or SDR. From there, DDR2, DDR3 and DDR4 were developed over time. Each generation works more quickly and efficiently than the generations before it. DDR5, of course, is in the works as the next generation of RAM.

Right now, most modern computers are built to use DDR4 RAM, and they’re not backward-compatible. As such, if you have an older motherboard that uses DDR3 RAM, you cannot install DDR4 RAM in it successfully without replacing the entire motherboard. Similarly, most modern motherboards can’t make use of DDR3 or DDR2 RAM, either.

To look at the evolution of DDR RAM in more specific numbers, have a look at the table below.

Of course, we’ll only genuinely be concerned with DDR3, DDR4 and DDR5 RAM in this article, as the other RAM protocols are functionally obsolete for gaming. While DDR4 is the most common RAM now, you may still see some functional computers that use DDR3 RAM.

While the technology for DDR5 RAM is available today, it’s only been developed by a handful of companies. Additionally, it will take a while longer for Intel and AMD to release motherboards that will support the DDR5 protocol.

The Differences Between DDR3, DDR4 And DDR5

If you look at the table above, you’ll see that every iteration of the DDR protocol sees significant performance increases over the last generation. Some of the stats, like bandwidth, can almost double from one generation to the next, while others, such as voltage, still improve, but suffer from diminishing returns.

Each of the parameters we mentioned in the table above has a different purpose. We’ll delve deeper into each of them below.

The bandwidth of your computer is calculated using several different parameters. However, in its simplest terms, the faster the speed of your RAM (in MHz), the more functional it will be. However, do keep in mind that DDR4 RAM will almost always be faster than RAM from any previous generation.

Additionally, keep in mind that the size of your RAM makes a difference, too. More RAM will almost always be better than faster ram. For example, if you have 32GB of RAM at 2400 MHz, it will, in most cases, work better than 16GB of RAM at 3600 MHz.

When the current DDR4 RAM capabilities came on the market, they were too expensive to warrant purchasing over DDR3 RAM for most everyday users for some time. Most likely, as DDR5 begins to reach everyday consumers, this will also be the case.

As a general rule, the higher the voltage on RAM, the better it will perform (within a generation, of course). Higher-voltage RAM will also produce more heat. However, it’s essential that the voltage of your RAM matches that of your motherboard.

If your motherboard supports voltage changes, you may have a broader range of RAM to choose from, but when in doubt, select RAM that follows the restrictions of your motherboard. Some RAM protocols also come in low voltage or ultra-low voltage options to give you more choices.

Predictably, the higher the prefetch buffer of your RAM, the more data it will read in one pass. Reading more data in one pass, even if it ends up being mostly data that your computer doesn’t need, is much more efficient than taking a second pass to read it.

One parameter we didn’t list in our table above is the size. Believe it or not, DDR3, DDR4 and DDR5 RAM are all shaped differently. This is done intentionally to ensure that users don’t install the wrong size memory for a specific motherboard, of course.

However, this means that if you have already purchased a motherboard, you will need to make sure the RAM you want to buy is compatible with your motherboard.

Latency is another parameter that we didn’t list in our table above. Latency is used to calculate the bandwidth of a specific RAM chip.

However, we didn’t list this because the latency between DDR3 and DDR4 chips will be mostly unnoticeable to regular users. While most DDR4 chips have slightly higher latency than comparable DDR3 chips, other advances in performance tend to outweigh this fact.

Essentially, there are a few things to keep in mind when deciding between DDR3, DDR4 and DDR5 RAM.

If you want to hold out for DDR5 RAM, you may need to wait a while for it to become economical and stable, but it will have predictably substantial performance advantages over DDR3 and DDR4.

If you have an older computer, you may be restricted to DDR3 RAM by default. However, unless you’re specifically looking for low-latency RAM, there is no other reason to search out DDR3 RAM. DDR4 RAM is your most viable option and will be (probably) for several years. 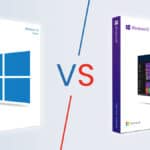 Windows 10 Home vs Pro: What Are The Differences?
Related Topics Tags