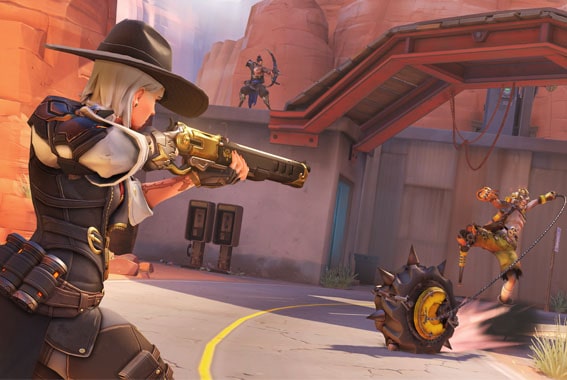 Improving your aim in shooters is no easy task and requires hours upon hours of practice, especially if you’re looking to dominate in competitive games like Overwatch, Counter-Strike, or Apex Legends. However, you don’t need to dream of becoming the next e-sports champion to take your aiming to the next level and start racking up wins in your favorite game.

In this guide, we’ll be sharing step-by-step instructions on how to improve your aim in shooters. This includes identifying areas where you can improve, making sure you have the right equipment, and developing good aiming habits. With some direction, practice, and patience, you’ll soon find yourself landing headshots with ease. 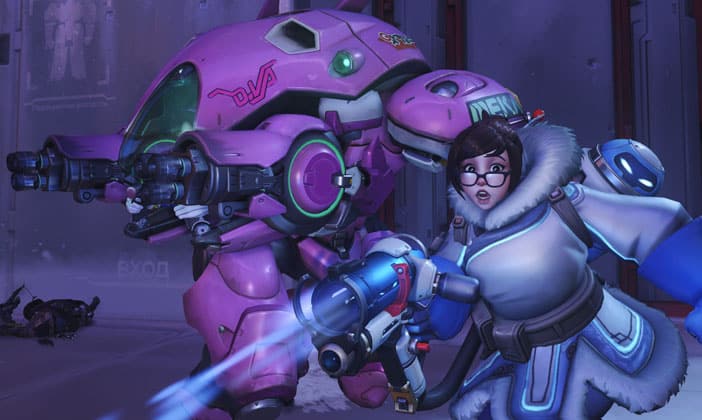 Before you even pick up your mouse, take a couple of minutes to assess where your aiming issues stem from. Many players are quick to purchase expensive mice and keyboards or spend hours running aiming drills without taking a moment to identify the root cause of their lackluster performance. Depending on whether you’re simply new to mouse and keyboard, bad at tracking movement, or legitimately bad at aiming, your course of action may differ.

If this is your first time playing a shooter with mouse and keyboard, it’s completely normal not to perform as well as on console with a controller. The first thing to pay attention to is how you’re holding the mouse as there are three common grips: Claw, Palm, and Fingertip. Each one is tailored for different playstyles and can improve your mouse control. Ultimately though, you should be holding the mouse in a position that feels natural to how you’d normally grip it when browsing online. 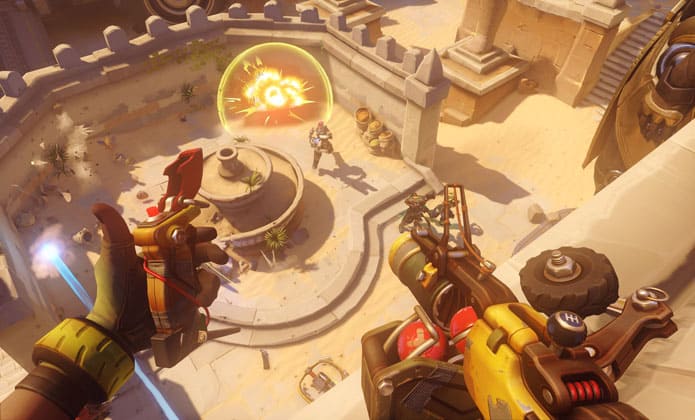 If you find you’re able to line up shots accurately but somehow always fire at the wrong time and narrowly miss your target, it’s possible you’re having difficulty tracking other players’ movements. This is fairly common, especially for players with less PvP experience. Tracking is separate from aiming because it requires you to develop a different skill that can easily be done by playing against other humans.

Next time you’re in a game, spend less time trying to get kills and focus on how your teammates move around the map since humans behave very differently than AI. Humans more frequently take cover and hide in corners to stay safe, jump or slide when shooting, and typically don’t run in a straight line. Keep these things in mind, and you’ll quickly become better at predicting your enemy’s next move. 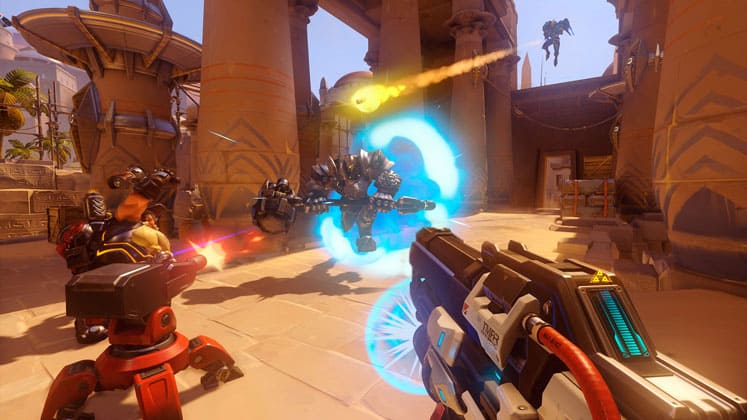 If you’ve determined that you’re actually just terrible at aiming, then you’re one step closer to improving your skills. The key with accurate aiming is developing muscle memory based on the game and class you’re playing since each shooter uses different mechanics. However, there are two core aiming concepts to keep in mind: tracking and flicking.

Tracking refers to automatic weapons in which the goal is to keep your crosshair on your target at all times, usually designated to DPS characters such as Soldier 76 if we’re using Overwatch as an example. Inversely, flicking involves lining up a shot, pulling the trigger then returning to a neutral position, making it ideal for single-shot weapon-users such as Widowmaker or McCree. When you practice, pay attention to the kind of weapon you’re firing in addition to where your crosshairs are aiming.

Step 2 – Get The Right Equipment 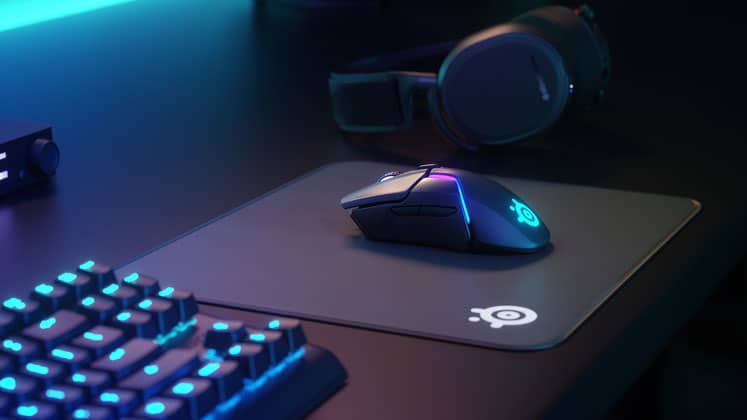 Once you’ve identified your problem areas, it’s time to determine what you should look for in a gaming mouse. Generally speaking, you’re going to want a lighter mouse with only one or two thumb buttons to handle essential abilities in-game. Lighter mice will allow you to easily whip around your mouse pad with little to no resistance.

Speaking of mouse pads, a good rule of thumb is to get as large of a mouse pad as your gaming desk can reasonably support. This should provide you with enough room to move your mouse around without having to pick it up and potentially leave your character vulnerable while you adjust. If you find yourself straining to move the mouse, you may also want to consider picking up a supportive wrist rest.

Finally, take into consideration the type of keyboard you’re using. For gaming, it’s generally best to use a mechanical keyboard as they’re more precise. The size doesn’t really matter as long as it feels comfortable, but bulkier boards with chunky keys are much easier to use. Additionally, consider picking up a keyboard with backlit keys if you do most of your gaming at night or in a dark room. 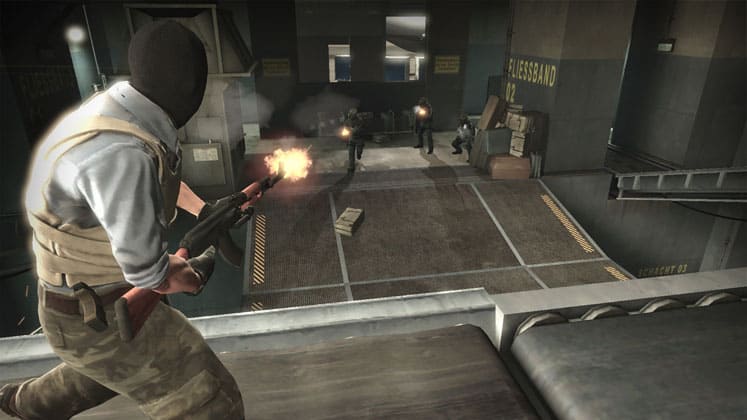 Mouse sensitivity is the most important setting for precise aiming. Unfortunately, there’s no catchall template for setting up your mouse’s DPI (dots per inch). The best way to find out what works for you is to try out different settings and make adjustments along the way until you reach a point where aiming feels natural. This is usually somewhere between 800 – 1600 DPI, but we recommend starting at 400 DPI if you’re new to mouse and keyboard.

While a higher DPI means faster mouse speed, if you set it too high, you’ll lose the ability to make precise and minute movements. In general, it’s best to select a DPI you’re comfortable with in Windows and then fine-tune it using in-game settings. Additionally, make sure to disable mouse acceleration as it can make precise aiming a lot harder. 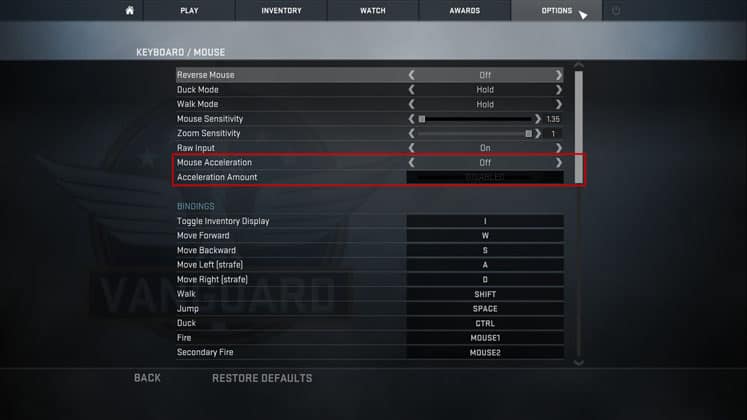 Since each game operates and controls differently, the best way to optimize your mouse settings is by using the in-game settings menu. Depending on the game, you’ll able to adjust things like mouse sensitivity, mouse acceleration, zoom sensitivity, and field of view. Games like Overwatch take it a step further by allowing you to set custom crosshairs for different characters.

It’s easy to forget how important your posture and positioning can be for gaming on a PC. If you’re someone who frequently slouches or leans back while sitting, chances are it’s affecting your aiming performance. While this isn’t a big deal for most other genres, competitive shooters require you to be alert and ready for action at a moment’s notice.

Therefore, we recommend you try to develop more positive sitting habits. This includes sitting upright in a comfortable chair with your eyes no less than 20 inches from your monitor (about an arm’s length distance). 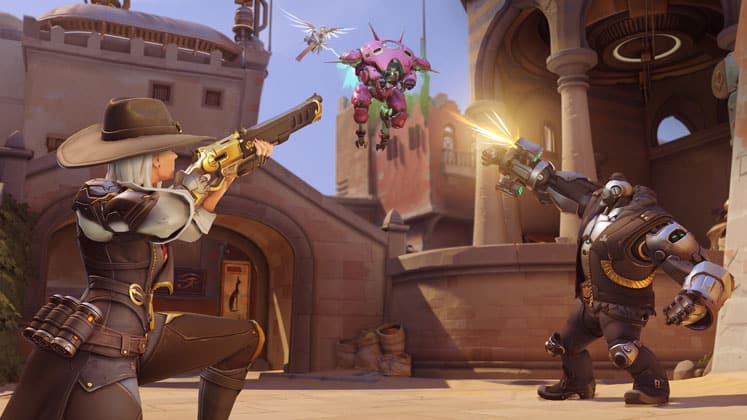 You’ve done everything you can to set yourself up for success, now all that’s left is to practice to build some muscle memory and train yourself to become a better aimer. There are plenty of ways to go about it, so let’s briefly go over each option.

Practice ranges are great for getting a firm grasp on aiming in-game without any high stakes. Many games such as Overwatch include shooting ranges, training modes, and other practice areas where you can train. Highly-competitive games such as CS: GO greatly benefit from Steam Workshop, where players can find a plethora of user-generated content, including special training maps/scenarios.

Custom games are another way to practice your aiming by setting unique modifiers such as headshots only, more difficult AI, take less damage, and plenty more. There are even player-created custom game templates for different games, which serve as training drills for improving aiming as well as other aspects of gameplay. Use your time practicing to get accustomed to moving your character while aiming.

For tracking targets, place your crosshair at a single point, then start moving and strafing as you would in a real fight, all while keeping your crosshair on that spot. Later try the same thing with a moving target, either an AI-controlled enemy or a friend who’s willing to help you practice. For flicking shots, train yourself to keep your crosshair pointed at areas where human players are likely to appear, such as around corners, behind cover, and in doorways. 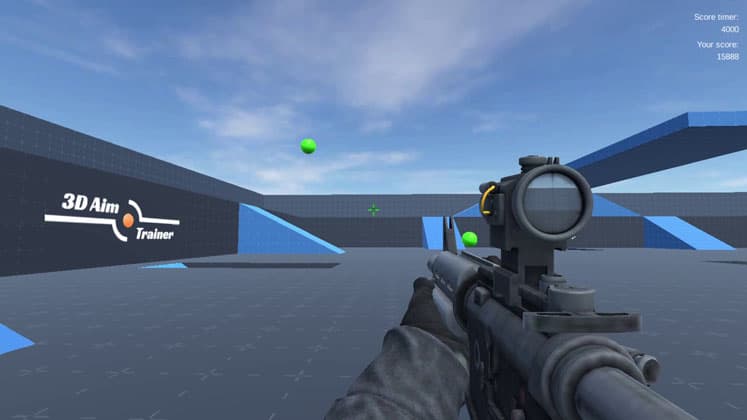 Another option for improving your aiming is to use browser-based aim trainers like Aiming Pro or 3D Aim Trainer. These are completely free and provide a more simple approach to developing the necessary muscle memory you’ll need for shooters. They’re also a great way to keep your hand-eye coordination sharp.

Of course, this may sound obvious, but playing the game you want to get better at is a great method for improving your aim. It doesn’t have to be as high stakes as playing ranked or competitively unless you prefer to. Instead, maybe try a couple Quickplay matches or squad up with friends who don’t mind doing a bit of carrying while you mess around in your game’s settings.

There are many inherent benefits to practicing in a real game against other players, such as familiarizing yourself with the current Meta and learning how to deal with the unpredictable – two critical components for playing competitively. 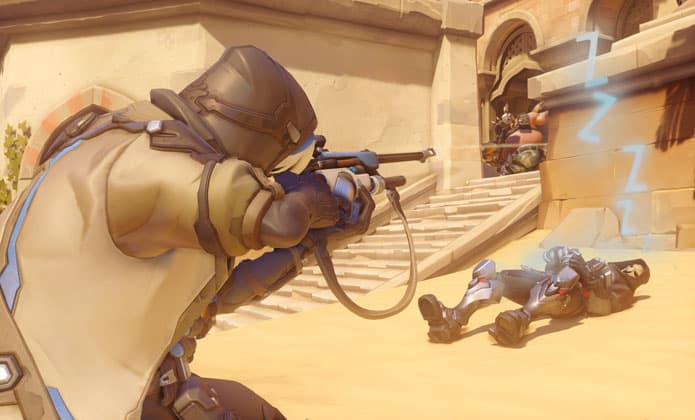 Lastly, but certainly not least, know when to take breaks from gaming. The human body is an amazing tool capable of mastering a seemingly infinite number of skills. However, to do so it requires rest in order to recharge itself and come back stronger.

For every 50-90 minutes of gaming, take at least a 5-minute break to grab a drink of water, use the bathroom, or simply stretch your legs. This will keep you feeling fresh and can help avoid issues such as back pain, eye strain, carpal tunnel syndrome, etc. All the aim training in the world won’t help if your body’s not working like it should.