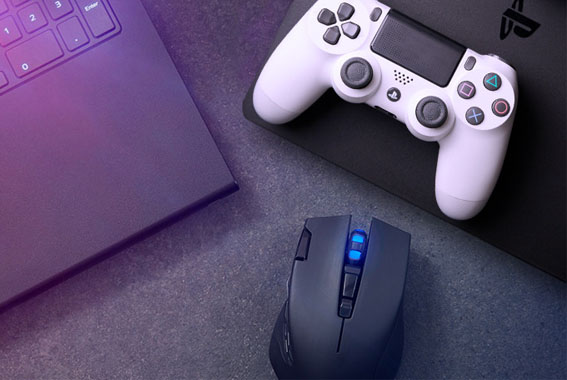 For a gamer, few things are more annoying than loading up your favorite multiplayer game only to be met with lag so bad it makes the game unplayable.

Needless to say, every split-second counts in a multiplayer match, so any extra delay caused by lag can mean either victory or defeat. And while lag can never be eliminated completely, it can be minimized, which is precisely what we’ll be going over in this article.

Read on for some useful tips as to how you can reduce in-game lag and improve your chances of winning, or just improve your overall experience when playing something in co-op or when trying out a game streaming service.

While the two terms may be used interchangeably, “ping” and “lag” are actually two entirely different things.

Ping is a networking utility designed to measure latency, whereas lag simply refers to latency itself.

The software measures the time it takes for a device to communicate with another device (usually a server), and the name “ping” is derived from sonar terminology – you’ve undoubtedly seen how a radar “pings” an object’s location, be it in a game or a film.

Obviously, your PC doesn’t send out radio pulses, but it does contact another machine by sending an echo request packet and then waiting for a response. That said, you can see why the software is called Ping.

After your device gets the “echo” back, the time it took for said echo to arrive after the echo request packet had been sent is then expressed in milliseconds as latency. So, when someone asks about how high your ping is, what they’re really asking is how high your latency is.

Now, the reason as to why high latency is damaging to your online gaming experience is quite obvious – high latency means you’ll be getting data a bit later than the other players who have lower latency, which can end up making you seem slower.

So, what can you do to minimize your latency/lag?

Wi-Fi is so commonplace these days that it’s easy to forget that wired connections were the only real option for PCs in the past. And while Wi-Fi may be more convenient, it also has some downsides. As you may have guessed, latency is one of them.

First and foremost, Wi-Fi is always dealing with interference, including other routers and all the wireless devices in your vicinity. On top of that, the wireless signal also has to pass through physical obstacles, and walls can contribute a lot to your latency.

In contrast, a wired connection doesn’t have to deal with any such interference, so it’s much faster. All modern motherboards come with at least one Ethernet port, so you don’t have to worry about buying any expensive expansion cards just for the sake of using a wired connection.

So, try out a wired connection and see if it helps with the lag. If it doesn’t, there is likely another problem that’s causing high latency.

If you can’t set up a wired connection on your PC for whatever reason, you can still improve your wireless connection in several ways.

First, you can try using the 5G band on your modem/router. Since this band operates at a higher frequency (5 GHz), it will pick up less interference than the standard 2.4 GHz band, which is used by most devices.

Moreover, the 5 GHz signal can pass through obstacles more easily, although it does come with the downside of a shorter signal range.

If you’re too far away from your router, a Wi-Fi extender can help improve signal coverage. However, before you go spending money on Wi-Fi extenders or 5G modems, it’s best to try out a couple more things that could potentially help.

Turn Off Background Software And Updates

Everyone and everything seems to be online in 2023, and we’ve already mentioned how other devices can gobble up precious bandwidth. But what if it’s your own PC taking up the bandwidth?

Any number of programs and applications could be updating or just communicating with a server somewhere for whatever reason, and this could affect your latency, especially if you have a low-speed internet connection.

Steam is a common culprit here, and it’s a good idea to go to Settings>Downloads and make sure that the box next to “Allow downloads during gameplay” is unchecked. On top of that, if you’re using a torrent client, turning it off while gaming could be a good idea, too.

Furthermore, it’s generally a good idea to minimize the amount of background activity while you’re playing games, especially if you have a CPU with a lower number of cores, if you have low RAM, or if you’re using an HDD as your main storage device.

There are many good reasons why you may want to use a VPN when browsing the internet, but there’s also a very good reason why you shouldn’t use it while gaming.

With a VPN, the signal is always routed through a VPN server before communicating with the game server, which can obviously make the game significantly laggier for you, especially if the VPN server is far away.

But naturally, if you’re using a VPN service, you can always just turn it off when you’re playing games. It might be a hassle manually turning it on and off all the time, but it’s necessary if you want to minimize in-game lag.

Keep Your PC Free From Viruses

Of course, we can’t talk about speeding up a PC without mentioning the constant threat of viruses. If your PC seems sluggish and your connection is slower and laggier than usual, there’s always a chance that it might be due to a virus or another form of malware.

It goes without saying that you should always have a good anti-malware program installed and that you should frequently scan your PC to keep it free of any unwanted viruses, trojans, spyware, etc.

However, anti-malware programs can be resource-intensive in their own right, so they’re pretty high up on the list of those background processes that you’d want to turn off while playing games, especially if you have a weaker PC.

We all know how Windows has the habit of forcing you to install updates at the most inconvenient of times. If you don’t want Windows 10 downloading updates automatically and hogging up bandwidth, all you need to do is go to Settings>Updates & Security>Windows Update>Advanced Options.

Once there, you’ll see a section called “Pause Updates,” and here you’ll find a drop-down menu that will let you turn off updates for a certain time. However, once the specified date comes around, updates will be turned on again, so you’ll have to repeat the process every month or so.

On top of that, another significant bandwidth hog is the Windows Location service, but luckily, that can be turned off, too.

Simply go to Settings>Privacy>Location, and at the very top of the page, you’ll see the option to turn Location on or off for your device.

Often, “turning it off and on again” is precisely the solution that you need, and it can work with latency, too.

It’s a good idea to periodically restart your modem/router, as this will reset the DNS cache and get rid of any irrelevant data. Moreover, it resets your IP and connection with your ISP, so it can help regardless of whether you’re using a wired or wireless connection.

However, like any other piece of hardware, modems inevitably grow dated with time and will need replacement at some point. As mentioned before, getting a proper gaming modem with a 5G band can be a good idea.

Talk To Your ISP

Sometimes, the problem just isn’t you, but your internet service provider. If you’re noticing significant speed drops and latency spikes at specific times of day (e.g., the early evening), then it could be that all the traffic is simply overloading your ISP’s network.

Of course, you could be getting less than what you’re paying for all day long, and it’s not like the company would care to take action until you complain.

If you’re suspecting that the problem might lie with your ISP, then there are multiple factors to consider: the company’s general reputation, the slowdown pattern (as mentioned above), the density of internet users in the area, the type of connection, etc.

If you do end up deciding to switch to another ISP and pick a new internet package, it goes without saying that a fiber optic connection is the absolute best that you can get right now.

However, if it’s too expensive or unavailable in your area, cable or ADSL are just as viable and can still meet the needs of most people. However, if you can avoid satellite, do so, as satellite connections tend to have the highest latency and are the least stable, for apparent reasons.

Ultimately, seeing as there are so many factors that will inevitably vary based on where you live, it’s up to you to figure out which type of connection and which ISP will provide you with a fast and stable connection that can meet your requirements.

Most of the bigger online games offer region-specific servers. It goes without saying that you should always pick whichever region is closest to where you live, as physical proximity can help reduce latency.

However, some games don’t actually have dedicated servers, and they might use Peer-to-Peer hosting, where the devices of the players involved are communicating with each other rather than with a central server.

While Peer-to-Peer hosting has its advantages, such as better stability in games with fewer players, it also has some major disadvantages.

Most importantly, it’s difficult to keep a high number of players synchronized – all it takes is for one of the players to have a poor and laggy connection, and you could be looking at potentially game-breaking glitches.

So, if you’re having lag issues with specific games, check how the game is hosted. The lag could be the result of a poor peer-to-peer connection, or the dedicated servers just aren’t up to par. In any case, as with the previous category, a little bit of research can go a long way.

And those would be all the things to keep in mind if you want to decrease your ping and get rid of annoying lag in whatever multiplayer games you play. 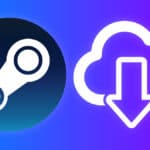