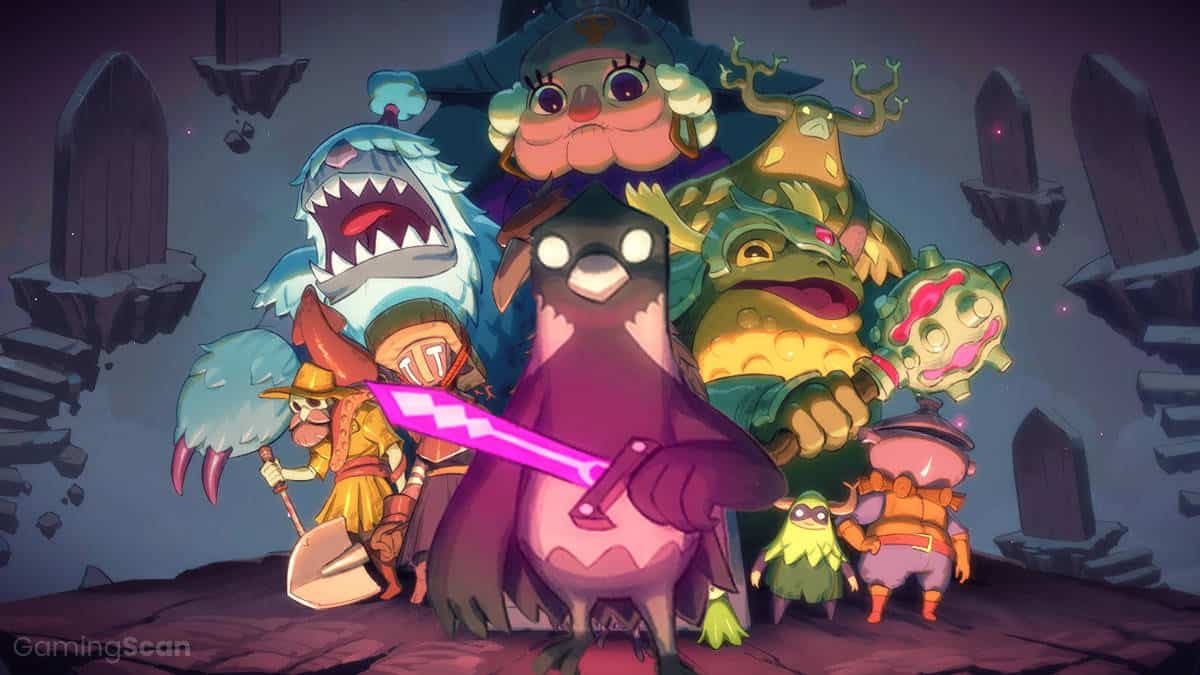 Death’s Door is one of the best indie games to come out of 2021 and continues to be showered with stellar reviews praising its unique blend of Souls-like combat and Zelda-inspired puzzles.

In it, you play as a humble crow working for an authoritative afterlife company that goes after incompliant souls by any means necessary.

In this list, we’ll highlight the best games like Death’s Door to play in 2022 to scratch that itch for action, atmosphere, and puzzle-solving.

We’ll be updating this list with new titles in the future, so make sure to check back and let us know if we missed any of your favorite games like Death’s Door!

The most obvious recommendation for anyone who enjoys Death’s Door is developer Acid Nerve’s previous title, Titan Souls.

In many ways, the game feels like a precursor to Death’s Door, sporting Souls-like combat, a zoomed-out overhead perspective, and atmospheric environments inhabited by massive monsters.

Story-wise, both games explore similar themes of life and death across multiple realms, with Titan Souls’ protagonist on a quest to restore his world by awaking and defeating powerful creatures called Titans.

If you finished playing Death’s Door and want another game that will hook you the same way, Titan Souls is your best option.

In Eldest Souls, you control a lone warrior tasked with defeating an army of powerful creatures sent forth by gods to destroy humanity.

Every boss in Eldest Souls, referred to as “Old Gods,” presents a new and unique challenge for players to overcome as they explore a dark fantasy world brimming with danger and mystery.

If you’re looking for a challenging action RPG like Death’s Door that focuses entirely on boss rushes, then we suggest giving this game a try.

Another game that draws inspiration from The Legend of Zelda is Blue Fire, an action-adventure title with difficult 3D platforming and combat.

You play as a small hood-donning hero reminiscent of Toon Link that sets off across a long-forgotten kingdom in search of secrets and peril.

Like Death’s Door, the game offers an abundance of bosses with distinct fighting styles and atmospheric environments littered with upgrades, collectibles, and hazards.

That said, it places a greater emphasis on platforming challenges than Death’s Door, so keep that in mind if you decide to give it a shot.

Last Epoch is another action RPG with hack and slash combat reminiscent of Death’s Door that’s currently in Early Access on Steam.

In it, you play as a customizable hero on a mission to save the universe from an all-consuming void by traveling through time and battling ancient gods and monsters.

Similar to Death’s Door’s different realms, Last Epoch’s world is inhabited by various factions fighting for control, and environments are littered with secrets to discover.

Indie developer/publisher Supergiant Games is known for producing some of the best story-driven experiences to date, including their hit roguelike dungeon crawler Hades.

Similar to Death’s Door, the game features a zoomed-out, isometric perspective that provides you with a clear view of the battlefield at all times.

It also takes a similar hack and slash-style approach to combat, with Zagreus combining different abilities and weapons to cut down his foes.

If you enjoy the more Zelda-esque aspects of Death’s Door’s dungeon puzzles, then consider playing the updated remake of Link’s Awakening for the Nintendo Switch.

Presented as an isometric action-adventure game, it sees Link shipwrecked on a mysterious island where he’ll have to explore dungeons, solve puzzles, and obtain new tools before he can leave.

The big draw of this game for Death’s Door fans will likely be the meticulously crafted dungeons that require a careful eye and close attention to detail.

While combat is limited to basic sword and bow attacks you can charge up, bosses can still pose a threat due to their unique attack patterns and the confined areas you encounter them.

The Darksiders franchise encompasses three mainline games and one spin-off, Darksiders Genesis, which we recommend Death’s Door fans check out.

While the series is already known for its satisfying blend of hack and slash combat and Zelda-inspired puzzles, Genesis ups the ante by introducing a pulled-out, isometric camera angle.

It’s admittingly not as polished as its numbered predecessors, but manages to nail the tried-and-true combat and progression mechanics Darksiders fans have come to expect.

Additionally, it features co-op support, giving you and any friends who also like Death’s Door a new game to play together.

Rogue Heroes: Ruins of Tasos is another co-op-driven game with roguelike mechanics that may appeal to Death’s Door fans due to its Zelda-esque dungeons and gadgets.

In it, up to four players explore procedurally generated filled with traps, enemies, and loot that can be collected to upgrade your character and home base.

The game has a much more lighthearted tone complete with colorful characters and environments that can feel refreshing after playing something as thematically dark as Death’s Door.

It’s also a lot more casual in terms of challenge, though you and your friends will still have to keep an eye out for spikes and mobs of enemies that try to swarm you.

Next up, Code Vein is an anime-inspired action RPG set in a sprawling, interconnected apocalyptic world filled with decay and otherworldly enemies.

Players are given a wide selection of weapons including various blades, axes, spears, and more, which can be upgraded to tackle the game’s most formidable bosses.

Both games put a heavy emphasis on exploration to discover new gear and skills as well as provide context for their dark fantasy settings.

If you’re in the market for a top-notch single-player action-adventure game like Death’s Door, consider playing Respawn’s unique Souls-like take on the galaxy far, far away.

Presented as a standalone Star Wars adventure, Jedi: Fallen Order tells the story of one of the last remaining Jedi as he battles with the evil Empire’s forces.

The game follows the Metroidvania formula, with new upgrades allowing you to explore previously inaccessible areas filled with secret rewards.

This one’s worth checking out for the satisfying lightsaber combat alone, which demands well-timed attacks, parries, and dodges if you have any hopes of beating its bosses.

There was a time when Salt and Sanctuary held the title for the best Souls-like 2D action game, at least among certain factions of gamers.

While it may not feel as impressive in today’s ever-evolving 2D landscape, it still manages to the concept of taking difficult Dark Souls combat and applying it to a 2D format.

In it, you play as a shipwrecked sailor doomed to explore a mysterious island teeming with salt-worn structures, labyrinthine passageways, and aggressive undead nightmares.

Another Metroidvania game that has a lot in common with Death’s Door is Hollow Knight, which casts you as a silent sword-wielding knight tasked with traversing a dark and hostile underground world.

The game blends platforming challenges with demanding Souls-like combat mechanics that require you to read and react to unique enemy attack patterns.

Additionally, Hollow Knight features atmospheric hand-drawn 2D environments that do a great job of instilling a sense of fear and dread while you explore the Kingdom of Hallownest.

If you enjoy games where you play as a cute little mascot forced to face challenges and dangers much bigger than themselves, this is the perfect Death’s Door follow-up for you.

Our last recommendation for Death’s Door fans is Grim Dawn, which casts you as a member of a resistance caught in the middle of a war between two supernatural forces that seek to control humanity.

Similar to Death’s Door, Grim Dawn locks you into confined spaces where you’ll have to deal with mobs of enemies and also features an isometric perspective.

Players are rewarded for being curious and exploring every nook and cranny with increasingly powerful loot and secrets that flesh out the game’s dark fantasy world. 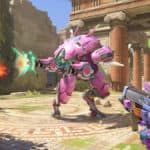