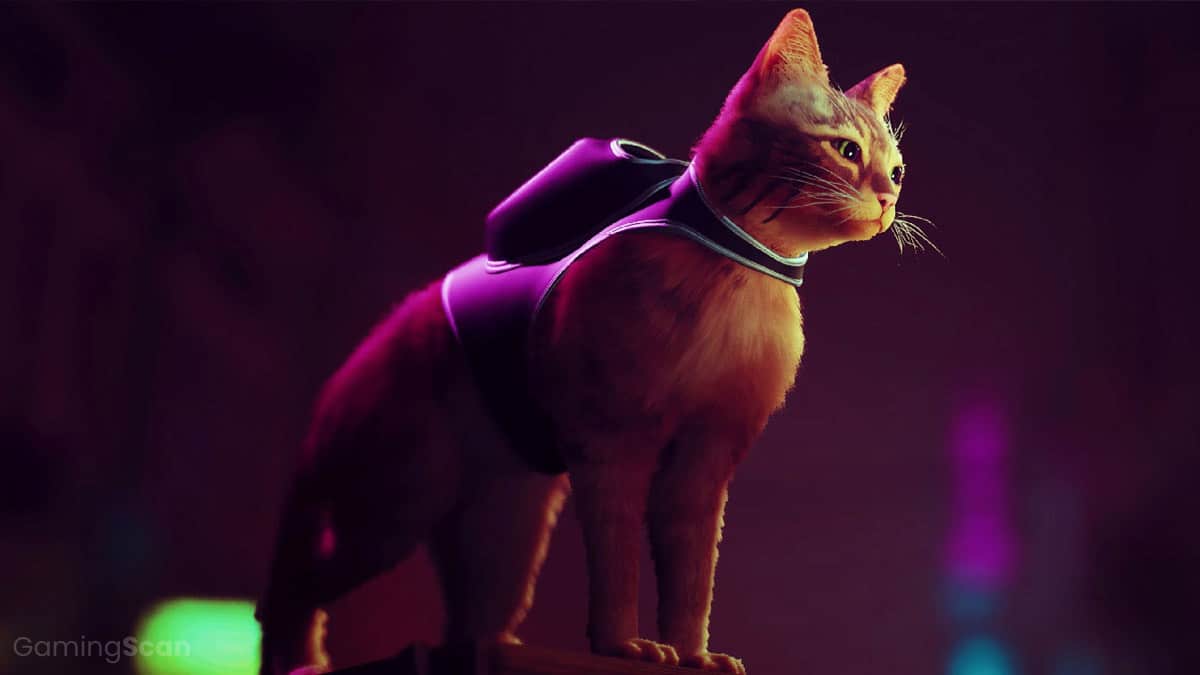 Created by BlueTwelve Studio and published by Annapurna Interactive, Stray is a remarkable adventure game that casts you as a curious cat exploring a mysterious cyberpunk world.

Players looking for similar experiences are welcome to follow along as we highlight the best games like Stray for PC, PlayStation, Xbox, and Nintendo Switch.

For more gaming recommendations, make sure to check out our growing library of curated lists, and comment below with your top picks for games similar to Stray!

Seeing as eco-consciousness is a recurring theme in Stray, it feels right to start with another game that looks to question how we treat our planet.

Endling: Extinction is a survival adventure game that has players taking on the role of the last mother fox on earth following the fallout of humanity’s destructive ways.

After her pups go missing, the fox sets out to find them by traversing a now-polluted landscape rampant with death and decay.

While the game employs a side-scrolling perspective, it features 3D environments teeming with detail and stylistic splendor reminiscent of Stray.

If you find yourself drawn to cyberpunk settings such as Stray’s walled city, then you’ll probably enjoy navigating Cloudpunk’s neon-drenched streets.

In it, you play as the latest hire for a delivery service contracted to transport sketchy packages across a cyberpunk metropolis via hovercar.

The gameplay loop can be boiled down to a series of fetch quests but where Cloudpunk excels is its visual presentation and writing.

Throughout the game, you’ll encounter diverse NPCs ranging from androids to hackers, rogue AIs, and other cyberpunk archetypes with their own stories to tell.

Submerged: Hidden Depths is another game about exploring a mysterious world whose previous inhabitants vanished long before your arrival.

The story centers on a brother and sister duo trying to survive while alone and isolated in a world overrun by water.

Similar to Stray, gameplay entails puzzle-solving and platforming as you navigate layered environments that have been reclaimed by nature.

Additionally, the game features no combat whatsoever, allowing you to focus solely on exploration and piecing together mysteries.

Stray does a great job at recreating feline locomotion but to take the immersion a step further, we’ll need to turn to a game like Catlateral Damage.

Played from a first-person POV, it sees you controlling a mischievous cat on a mission to make its owners’ lives hell by destroying any and everything.

This is represented in-game as environmental puzzles where players will have to knock things over, scratch furniture, and reach high-up places using their cute paws.

The best way to play it in 2023 is via the aptly titled “Remeowstered” edition, which includes several improvements to the game’s UI, animations, and effects.

If you’re searching for more relaxing games like Stray to slip into and escape from the real world for a few hours, Sable may be worth checking out.

Billed as a puzzle adventure open-world game, it tells the coming-of-age story of a young woman completing a rite of passage known as Gliding.

This leads her on an unforgettable journey across vast deserts and mesmerizing landscapes littered with the remains of mysterious spaceships and ancient technology.

As players explore the world and solve puzzles, they’ll unlock new rewards while advancing the story through branching dialogue.

Spirit of the North

There’s no shortage of games that let you play as different animals in 2023, including Infuse Studio’s adventure puzzler Spirit of the North.

Set in a vibrant landscape based on Nordic folklore, it sees you controlling a fox on a magical adventure to unravel the mysteries of a lost civilization.

Like Stray, this boils down to solving environmental puzzles and exploring atmospheric locations spanning lush fields, snowy mountains, and more.

Story-wise it’s a lot more abstract as there’s no narration or dialogue whatsoever, which makes sense in a game where you play as a fox without the luxury of Stray’s robot companion.

Fe is another atmospheric game that casts you as a foxlike creature on a quest to save its Nordic-inspired world from evil creatures known as the Silent Ones.

This is done by exploring a dark forest ecosystem filled with countless secrets and mystical creatures capable of granting Fe new powers.

Much like Stray, there’s an emphasis on using natural abilities to reach new areas, overcome obstacles, and defeat enemies.

With that said, Fe is a lot more opaque in its explanations, leaving it up to the player to figure out what they’re supposed to do and where they have to go.

Considering cats and birds are on opposite ends of the animal kingdom, a game where you play as a goose may not seem all that similar to Stray.

However, Untitled Goose Game may surprise you with its earnest approach to capturing the fun and chaos of being a mischievous waterfowl.

Where the two games overlap is their ability to make you feel like an actual animal moving and interacting with a living, breathing world.

Like Stray, much of Untitled Goose Game is spent solving puzzles and discovering secrets along with pulling the occasional prank on unsuspecting NPCs.

If you found Stray’s puzzle-platforming gameplay a bit too easy, you can always ramp up the difficulty with a game like Ori and the Will of the Wisps.

Presented as a challenging 2D Metroidvania, the game has you journeying through a vast and exotic world as a little spirit creature with superb dexterity.

This comes in handy as you set out to rescue your owlet companion Ku while healing the forest and discovering your own destiny.

It’s a very emotional adventure that’s sure to tug on ol’ heartstrings, so make sure to bring along a box of tissues and any cats you can find for comfort and support.

Next up is Cattails, a cat-centric RPG reminiscent of games like Stardew Valley as well as Stray.

In it, you play as an inexperienced feline venturing into the wilderness to grow a self-sustaining cat colony by hunting, gathering, and raising a litter of kittens.

Along the way, you’ll have to defend your home from invaders, explore new areas, and convince other felines to join your community.

The game’s systems go even further than that by allowing you to romance NPCs, customize your colony, and explore seasonal events.

Cat Quest is another RPG that may appeal to fans of Stray craving more feline adventures while also feeling reminiscent of The Legend of Zelda.

In it, players are cast as a tiny orange cat on a big quest to rescue their sister from the evil clutches of the villain Drakoth.

As you make your way around the kingdom of Felingard, you’ll encounter tons of cute little cat references and motifs like pointy-eared helmets and other “pawsome” loot.

It’s quite casual as far as RPGs go, allowing you to take things at your own pace while exploring dungeons, battling enemies, and learning new skills.

Coming back to the adventure genre, Night in the Woods is a critically-acclaimed indie game like Stray that’s won several awards for its visual design and storytelling.

Its narrative centers on a cat named Mae as she returns to her hometown in hopes of reconnecting with old friends while avoiding her problems.

Of course, it’s only a matter of time until Mae’s troubles rise to the surface and she’s forced to confront herself to unlock her true potential.

This is played out over the course of different in-game scenarios with branching paths as well as puzzle and platforming gameplay.

Never Alone is another revered indie game that shifts its focus to a young girl and her fox companion as they brave the harsh challenges of the Arctic.

Working together, the two must navigate piercing cold temperatures, predators, and other obstacles in order to survive long enough to save their people.

Lastly, Never Alone features an optional cooperative mode where one player controls Nuna and the other controls her fox companion.

Okami is a beloved action-adventure game that was originally released in 2006 and later remastered for modern consoles and PC as Okami HD.

Instead of a stray cat, players take on the role of a wolf-like manifestation of the sun goddess Amaterasu and use painterly gestures to defeat enemies, solve puzzles, and traverse environments.

The game has a very distinct art style that draws inspiration from traditional Japanese Ukiyo-e paintings that differs greatly from Stray’s realistic presentation.

At the same time, it offers a memorable story about a land consumed by darkness that shares some thematic elements with Stray.

Last but not least, The Last Guardian is an action-adventure game that will no doubt appeal to fans of Stray.

In it, you play as a young boy who sets off for adventure with his half-bird-half-mammal companion named Trico.

Together, the two must make clever use of size differences to overcome platforming obstacles and solve puzzles.

The bond the duo share is quite wholesome and feels reminiscent of the cat and robot B12 in Stray. 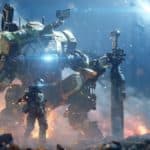