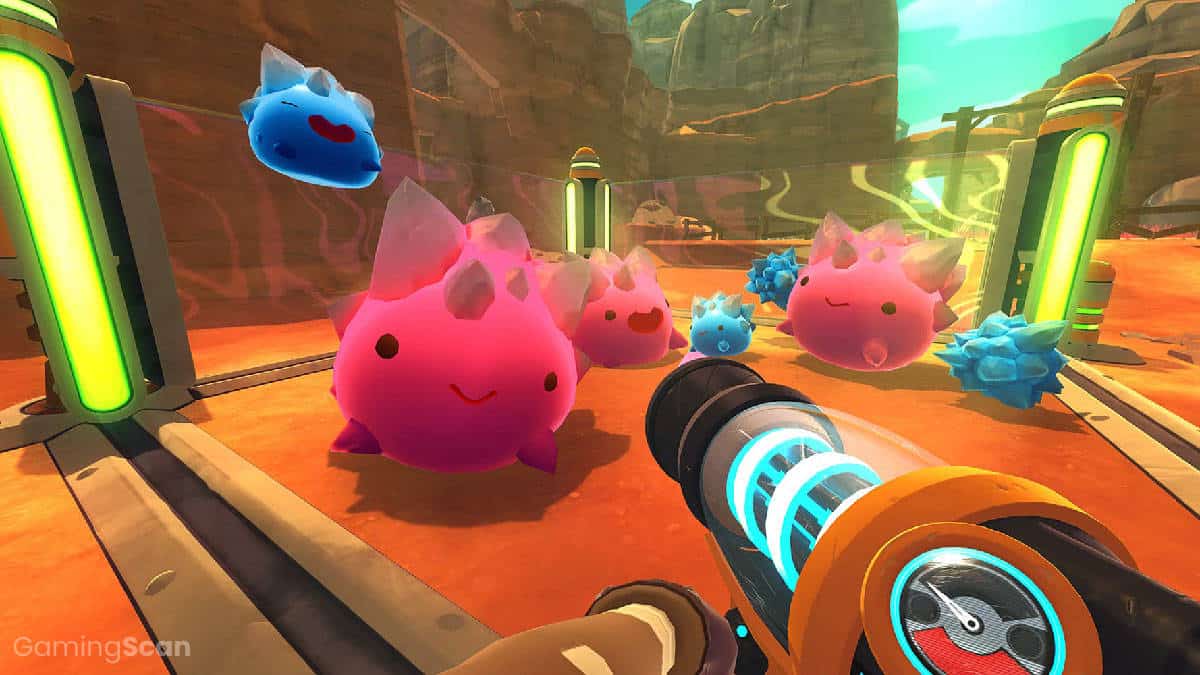 Slime Rancher is one of the most popular indie games to combine farming and monster taming gameplay with vibrant open-world exploration and cute slime creatures.

So while developer Monomi Park is hard at work on the upcoming sequel, Slime Rancher 2, we thought we’d share some gaming recommendations for Slime Rancher fans.

We’ll be updating this list in the future with new titles, so make sure to check back and let us know if we missed any of your favorite games like Slime Rancher!

In it, you explore a vibrant and cheery open world consisting of multiple islands in need of help due to plastic waste and other trash objects that have washed ashore.

Like Slime Rancher, your character is armed with a vacuum-like trash blaster that sucks up nearby litter and toxic enemies called Litterbugs.

As you make your way around the world, you’ll collect coins that can be used to buy upgrades for your character and improve the islands’ amenities.

Much like adorable slimes, there’s more to Bugsnax’s yummy-looking animals than meets the eyes.

What exactly? Well, we’ll let you find out for yourself since the game’s mystery is a large part of what makes Bugsnax so exciting to play.

Along the way, you’ll encounter cute food-like creatures that can be baited into traps, fed delicious condiments, and tricked into revealing new secrets about the world.

Journey to the Savage Planet

Journey to the Savage Planet is a comedic first-person adventure game that sees you dropped on a colorful alien planet known as ARY-26 to catalog the local wildlife and determine if the world is fit for human colonization.

Like Slime Rancher, the world is filled with tons of platforming traversal challenges that require you to use various gadgets and tools to reach new areas, including a jetpack and grapple gun.

The alien planet is also inhabited by an assortment of alien lifeforms with distinct traits that cause them to behave either friendly or aggressively towards your character.

It’s a great game for experimenting with different weapons, consumables, and items since certain combinations will trigger unique responses from the alien lifeforms.

The follow-up to the popular first-person survival crafting game Subnautica sees you returning to planet 4546B a mere two years after the events of the original.

While investigating the disappearance of a rescue team, your character stumbles upon a new icy region located on the planet’s surface and sets out to uncover all of its mysteries.

In order to survive, you’ll have to rely on the environment’s natural resources to craft bases, submersibles, and weapons along with keeping your character fed and hydrated.

Much like Slime Rancher, Subnautica: Below Zero has an open-ended design that lets you set your own goals by focusing on exploration, upgrades to your base and character, or simply advancing the story.

The Wild at Heart

Some of the best fun you’ll have in Slime Rancher is sucking up slimes with your gun and shooting them back out at other slimes or objects in the environment.

This is very reminiscent of games like Pikmin, where the goal is to harness these adorable creatures and use them to overcome different challenges such as an obstacle or enemy blocking your path.

Another game that explores this idea is The Wild at Heart, an indie action-adventure puzzle game about two kids exploring a secret world with an army of magical creatures called Spritelings.

While relatively weak alone, in large numbers Spritelings can hold their own in battle and carry out laborious tasks; what’s more, you can plant seeds to hatch more Spritelings and increase their numbers further.

Supraland is a first-person puzzle-platformer that combines the best parts of Portal, Super Mario, and Zelda while also sharing some similarities with Slime Rancher.

In it, you take on the role of a red stick figure toy whose world comes to life and immediately turns to chaos after a war between red and blue factions arises.

Just like in Slime Rancher, environments are presented as sprawling jungle gyms that require special tools and gadgets to traverse, forcing you to collect coins, defeat enemies, and solve puzzles to progress.

Additionally, the game features some of the best platforming controls in recent memory and offers a densely packed sandbox open-world filled with tons of cool secrets and references to other games.

There aren’t many games that combine farming and monster taming as well as Slime Rancher, with Ooblets being one of the few exceptions.

This light-hearted life sim draws influence from popular series like Animal Crossing, Harvest Moon, and Pokémon while injecting its own cozy charm and aesthetic.

In it, you assume control over a customizable character living in a world where humans and adorable creatures called “ooblets” live peacefully with one another.

Like Slime Rancher, there’s a lot you can do with your adorable pets, including sending them to battle, throwing dance parties, and creating new ooblets variations by planting seeds in your personal garden.

My Time at Portia is another excellent farming game with life sim and RPG elements that takes place in a bright and colorful rural town.

Similar to Slime Rancher, the gameplay is split between managing and upgrading a farm, using resources to craft new tools, and exploring nearby caves.

There are also NPC villagers that will ask you to complete various favors, and other side activities to explore such as fishing and taking care of farm animals.

It also takes a similar open-ended approach in regards to progression, allowing you to focus on what you love doing most and take things at your own pace.

Although Slime Rancher and Stardew Valley may not have a lot in common graphically speaking, both provide a unique and engaging farming sim experience.

With that said, Stardew draws most of its inspiration from the Harvest Moon series while tasking you with bringing your grandfather’s old farm back to life one crop at a time.

Like Slime Rancher, the game uses a day/night cycle that encourages you to plan activities ahead of time, including exploring mines, talking to neighbors, tending crops, or just hanging out at the local bar.

You can also own a pet dog or cat and obtain additional farm animals such as horses, chickens, cows, pigs, goats, etc.

Astroneer is another open-world sandbox action-adventure game set in a cute and vibrant alien setting, though you’ll find oxygen is a lot harder to come by.

Like Slime Rancher, gameplay revolves around exploring the world to obtain new resources that you then bring back to expand your base and unlock new equipment.

What sets Astroneer apart from other games is the Terrain Tool, which lets you bend environments to your will by terraforming any natural surface while harvesting any nearby resources.

While there’s no combat to speak of, traversing Astroneer’s procedurally generated worlds and their numerous hazards is a challenge in itself.

Our final recommendation for Slime Rancher fans is Yonder: The Cloud Catcher Chronicles, a third-person adventure game that takes place in a bright and uplifting world that has fallen into ruin.

You play as a young hero tasked with seeking out magical creatures called Sprites that have the power to rid the world of a nasty poison plaguing the land called Murk.

Similar to Slime Rancher, the game features a farming component and adorable animal companions you can adopt throughout your journey.

Lastly, like many of the games we’ve covered on this list, Yonder takes a laid-back approach to gameplay and progression that lets you determine which jobs and skills you want to invest in. 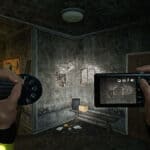