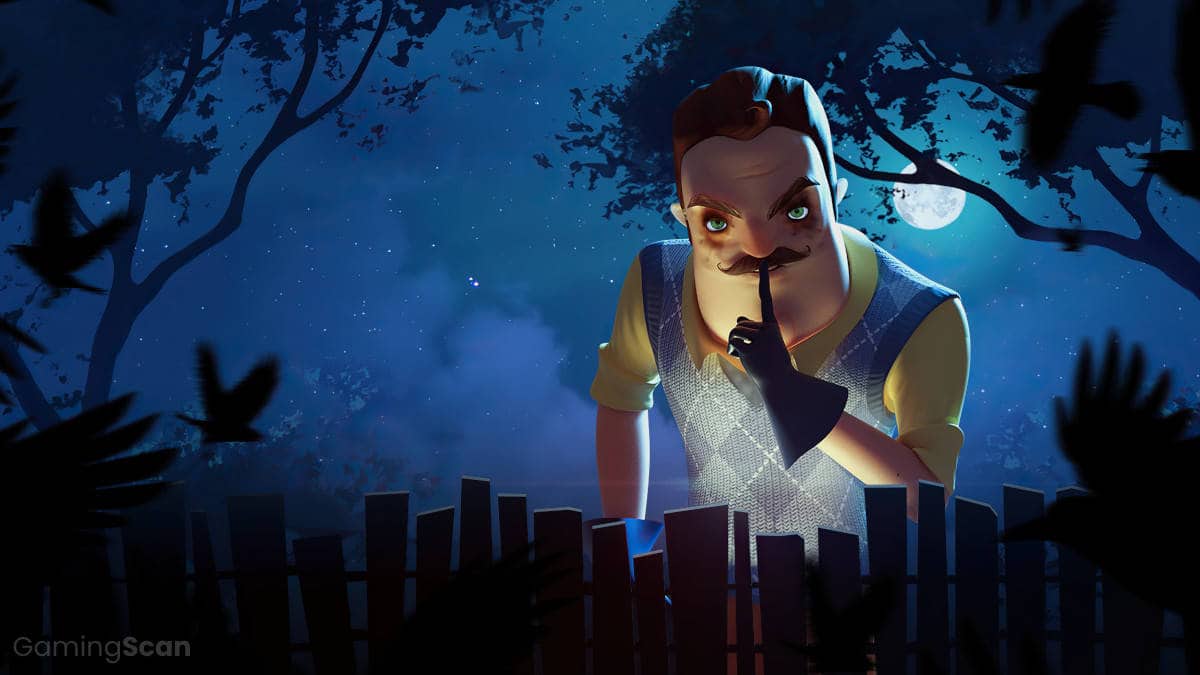 While most games are designed to be linear, story-driven experiences, others are more open-ended and feature flexible gameplay systems that allow for all sorts of unique encounters.

In multiplayer games with open, free-roaming environments, players love coming up with their own modes like prop hunt and hide and seek, regardless of whether or not the game officially supports them.

We’ll be updating this list in the future with new titles, so make sure to check back and let us know if we missed any of your favorite hide and seek games!

Witch It is a multiplayer hide and seek game with two different player roles: Hunters and Witches.

The Hunters’ objective is to try and locate hidden witches throughout sprawling environments including villages, tropical islands, and dense forests filled with various props.

To help them out, they’re armed with an assortment of tools and traps, including salt, which can be used to detect, slow down, and eventually trap the witch.

Witches possess magical spells that let them mimic the shape of any object as well as fly away from, disorientate, or distract Hunters.

Unspottable is a competitive couch co-op take on hide and seek that can be played with 2-4 players locally on the same machine.

The game tasks players with blending in with a crowd of AI characters while one person tries to sleuth out the imposters using environment-specific rules.

Anytime the seeker thinks they’ve found the culprit, they can reach out and deliver a satisfying blow that triggers a knockout with hilarious ragdoll physics.

It’s a tried and true approach to implementing hide and seek mechanics in a video game but greatly benefits from Unspottable’s distinctly bright and bubbly aesthetic.

Next up, Light Bearers is a free-to-play hide and seek horror game about adorable bears being stalked by a sinister shadow monster.

Divided into several rounds, each instance sees one player taking on the role of the Shadow as they try and infect the innocent Light Bears by capturing them before they can escape.

The Light Bears can use statues and other objects scattered across the map to hide from the Shadow until a portal opens up and they can escape.

In a unique twist, any players who become infected can come back as long as one of the remaining Light Bears makes it to the portal.

The Hello Neighbor games have always had a certain hide and seek charm to their survival horror gameplay, so it was only a matter of time until we got a multiplayer spin-off based on the original.

In Secret Neighbor, a group of kids attempts to sneak into their creepy neighbor’s home and find evidence they’ve been keeping children as prisoners.

To find the proof they’ll need, they’ll first have to collect a series of keys scattered throughout the house to unlock the basement, where the children are supposedly being held captive.

Where things get interesting is that one of the kids in the rescue party is actually the evil Neighbor wearing a disguise to blend in and ultimately deter the group from completing their task.

No hide and seek game list would be complete without including the original Prop Hunt from Garry’s Mod, better known as G-mod.

This physics sandbox gives players all the tools they need to create unique digital worlds, characters, and scenarios to be experienced over and over again.

The most popular creation to date is Prop Hunt, in which players possess physical objects while one person tries to determine their location and which prop they’re posing as.

Garry’s Mod is known for its keen sense of humor derived from pure randomness, which pairs nicely with Prop Hunt’s simple and open-ended premise.

Considering it’s one of the most popular multiplayer games around, you should have no problem getting a group together for a game of hide and seek in Among Us.

Previously, players would have to mess around with the visibility settings and rely on an honor system to get a game of hide and seek going but thanks to the developers, that’s no longer the case.

This mode puts the imposters at a slight disadvantage by restricting their visibility while crewmates are forced to get creative with their hiding spots across any one of the included maps.

While it may not be a traditional hide and seek game like many of the ones already covered on this list, a significant portion of Dead by Daylight revolves around hiding and seeking.

The premise is as follows: four survivors must work together to avoid a deadly killer by repairing power generators that reveal an escape hatch.

Since the killer can freely roam the map and pick up on any noises or visual cues, it’s in the survivors’ best interest to be as stealthy and sneaky as possible by hiding behind ledges and inside closets.

Once a survivor is caught by the killer, they’re carried to and dropped on a hook that causes them to bleed out and die unless a teammate manages to save them before it’s too late.

Hunt: Showdown is another horror game that features some hide and seek elements despite not technically supporting it in any of its game modes.

Billed as a PvPvE first-person shooter, it has players taking on the role of bounty hunters competing with each other to score the most valuable target.

The goal is to track and hunt these creatures before banishing them from this world and fulfilling your bounty to earn experience points and rewards for your character.

Since the game gives you the ability to track other players, knowing how to hide and seek out enemy players ends up becoming an important skill.

Rust has garnered a reputation for being tough-as-nails when it comes to surviving its brutal open-world landscape where everyone and everything is working against you.

On most servers, the game plays out like a competitive sandbox where players have to fight over resources while struggling to endure the wilderness and all the challenges it brings.

However, you can find some Rust servers that offer non-combative conditions, allowing you to explore freely and even participate in a game of hide and seek.

Hide and seek in Rust can be an ambitious endeavor considering just how massive and sprawling the game’s world is, but with the right set of rules and players, it can be a total blast.

Anyone who’s ever fantasized about becoming a spy has probably pictured themselves blending in at some high society social function in order to get close to their target before pulling the trigger.

SpyParty plays around with this notion to create a competitive multiplayer hide and seek experience in which one player tries to hide in plain sight while the other attempts to pick them out from the crowd.

The detective player has a limited window to assess the crowd and look for subtle behaviors that reveal the spy’s disguise before eliminating them with a well-placed bullet.

It’s a unique approach to this style of hide and seek game that relies on human behaviors and perception while making you feel like a cunning spy.

SCP: Secret Laboratory is a free-to-play horror game set in an expansive world with tons of lore, character backstories, and hyper-focused player roles.

The story set-up is as follows: a top-secret containment facility fails and an army of supernatural monsters are unleashed on the scientists, security task force, prisoners, and others trapped inside.

Your objective in the game varies depending on your role, with monsters wanting to kill the humans and humans hoping to escape or destroy the facility completely.

At times you’ll have to hide from potential threats as well as seek out enemy players and form alliances to survive and gain access to new areas.

Much like Prop Hunt, Hidden in Plain Sight is a pioneer in the hide and seek video game space and has even inspired the creation of some games on this list.

Its premise is devilishly simple: in a room full of identical NPCs, some are secretly controlled by players and must be discovered and shot by 1-2 detectives with limited ammo.

The hidden players have to try and complete certain tasks before the detectives can sleuth them out.

The game includes multiple modes that shape up the core gameplay with new objectives and supports 2-4 players locally.

Inspired by Prop Hunt and similar hide and seek games, Midnight Ghost Hunt is an upcoming indie game that sees a team of ghosts and a team of hunters competing to be the last squad standing.

The ghosts can go around the environment possessing objects to either hide or harm the hunters while they attempt to capture them.

Hunters have an array of ghost-busting tools that can aid them in detecting any spectral presence before trapping them for good.

The game is currently in close alpha and we’ve been following its development for quite some time, so make sure to check back for future updates regarding its release date. 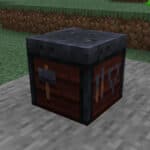 How To Use A Smithing Table In Minecraft
Related Topics Tags